Coronavirus Denial and Climate Denial Have One Thing in Common: Greed

Despite 100,000 confirmed US coronavirus deaths, powerful economic interests are fighting to reopen the country prematurely — no matter the cost to workers. 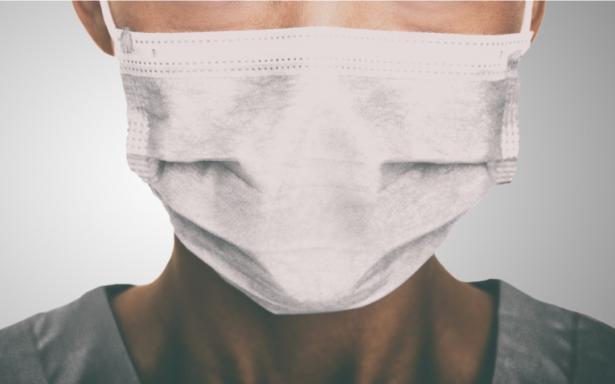 As the state of Florida went ahead with its move to substantially end the coronavirus lockdown and reopen its economy, it emerged that Dr. Rebekah Jones, the scientist in charge of the state’s coronavirus database, was fired. She claims she was ordered to manually change data to support the case for reopening.

While we don’t know for certain yet if Dr. Jones’ version of events is true, it wouldn’t come as a surprise if it is.

In neighboring Georgia, data on the state government website purporting to show a steady decline in coronavirus cases turned out to be erroneous. What’s more, it appears that the Georgia Department of Public Health is intentionally “moving the goalposts” in how it portrays coronavirus data in a way that minimizes the seriousness of the pandemic, according to an associate professor of public health at Georgia State University.

This isn't new. Recall that Florida was the same state where scientists working for state agencies were under a gag order that prevented them from discussing climate change, or even using the term "climate change."

And it's not just in Florida. The Trump administration is waging an Inquisition-like "war on science" across the federal government, affecting the EPA, the Interior Department, and many other agencies. Official coronavirus minimization is completely consistent with the pattern of official climate change denial and dismissal of science.

It's tempting—but fundamentally incorrect—to attribute the widespread denial of science to ignorance and lack of education.

The source of political power backing climate change denial is obvious and well-documented. The fossil fuel industry (and other big industries such as agribusiness) spent decades—and lots of money—funding fake grassroots groups and industry-friendly think-tanks, promoting misinformation, and buying access to politicians of both parties.

The fact that climate change denial is a popular ideology on the U.S. right today has much more to do with this concentration of economic and political power than with a diffusion of ignorance.

With coronavirus minimization (which sometimes ventures into truly preposterous coronavirus denial), the political motives are less immediately obvious. But the evidence on hand points in the same general direction as with climate change denial.

The premature reopening of states against the advice of public health experts was preceded by horrifying statements from political leaders that it may be essential to sacrifice human lives for the sake of "the economy," and fake grassroots "protests" of armed vigilantes (including white supremacists and fascists) with funding and backing from wealthy interests. (In fact, The Guardian reports that major fossil fuel companies have funded some of the same organizations now protesting stay at home orders.)

Clearly, there are powerful economic interests who stand to gain from the premature reopening. The question is why?

Consider a disturbing development in Ohio, where the state appears to be urging employers to report workers who don't return to work after businesses reopen, so they can be denied unemployment benefits. This coercive measure would save money for the state unemployment system — and eventually for employers, because the taxes they pay to fund the system are structured like insurance premiums.

Obviously, affected workers would include many who legitimately fear returning to work because they don't have confidence that their employer will provide a safe work environment. This isn't an unfounded concern, as the experience of workers at businesses like Amazon who have remained open through the nationwide lockdown has shown.

In some places, the profit motive seems clearer still. In California, Elon Musk, the billionaire Tesla CEO, openly defied a local lockdown order to reopen a factory. Tesla workers were getting unemployment benefits, so clearly this wasn't out of concern for their livelihoods. It's because the indefinite closure of the factory meant that Tesla made less money, which threatened to make Musk less money.

Even before the reopening, the Institute for Policy Studies reported that Musk had made more money during this crisis than anyone not named Jeff Bezos. But he was still willing to risk exposing his workers and the communities they live in to a deadly disease to make even more.

Taken together, it's hard not to imagine a more sinister motive for moves like these: disciplining workers into accepting that if they're not willing to risk their lives to enrich their employers, they face losing their livelihoods — without a social safety net to catch them.

Basav Sen is the director of the Institute for Policy Studies as the Climate Justice Project Director. His work focuses on climate solutions at the national, state, and local level that address racial, economic, gender and other forms of inequality.

Prior to joining IPS, Basav worked for about 11 years as a strategic corporate campaign researcher at the United Food and Commercial Workers (UFCW). He has also had experience as a campaigner on the World Bank, International Monetary Fund (IMF), and global finance and trade issues. As a member of a grassroots neighborhood-based environmental group, he has been involved in local struggles on energy justice in Washington DC.