What the World Could Teach America About Policing

Examples abound of reforms that are seen as “radical” in the United States. 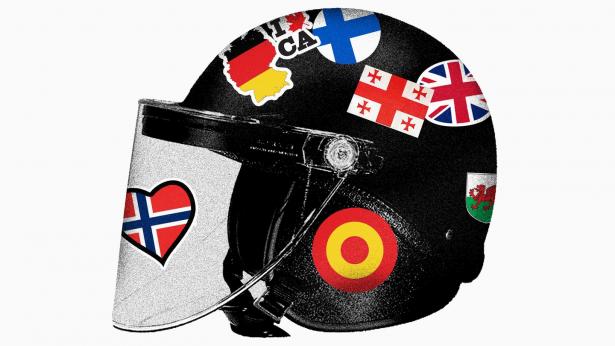 In the weeks since George Floyd was killed by a Minneapolis police officer, nationwide anti-racism protests have called for, among other things, defunding the police. But the members of the Minneapolis City Council decided to go further, announcing their intent to dismantle their police department altogether.

Such a promise might have been deemed radical only a few weeks ago. But as the demonstrations following Floyd’s death have grown, and as police violence against peaceful protesters and journalists has been thrust into the national spotlight, the question of how police forces should protect and serve their communities—and what should become of those that don’t—has become all the more urgent in the United States.

So far, proposed answers have ranged from reforming and reprioritizing law-enforcement funding to disarming and disbanding departments for good. As radical as such recommendations might seem in an American context, they have been tried and tested elsewhere. Here are some of the lessons that the U.S. could learn from other countries.

As extraordinary as the decision by the Minneapolis City Council was, the prospect of dismantling a police force—even one with tens of thousands of officers—isn’t novel. In the Republic of Georgia, it has already been done.

At the turn of the 21st century, Georgia was one of the most corrupt places on Earth. Bribery in the country, which lies in the Caucasus and shares a border with Russia, was rampant, and its police force, which was both a beneficiary and an enforcer of the system, was widely distrusted. So endemic was the issue that when a new government came to power in 2004, it determined that the country’s police force was too corrupt to be fixed. So its leaders decided to abolish the force entirely, sacking about 30,000 officers. Then it began the three-year process of hiring a smaller, better trained—and, crucially, corruption-free—police force to replace it.

“We decided that reforming that force would be impossible and it would be better to disband this entire force and start from zero,” Shota Utiashvili, a senior fellow at the Georgian Foundation for Strategic and International Studies who worked for the Georgian Ministry of Internal Affairs at the time, told the BBC years later. The force instituted a zero-tolerance policy for officers found to be tempted by bribery. Before long, Utiashvili said, “the public perception of the police changed.”

Nearly a decade later, Georgia’s model was adapted elsewhere—this time, in Camden, New Jersey. With a rising homicide rate, and without the resources to hire more officers, the city decided that it, too, needed to start from scratch. So in 2013, it took the unusual step of eliminating its police force, laying off more than 250 officers in the process. Those who were rehired as part of the new Camden County Police Department—one twice the size of the previous force, employing its officers on reduced wages—were trained to focus more on community policing, which included an emphasis on de-escalation and using tools such as guns and handcuffs only as a last resort.

Since the disbanding, violent crime in Camden has fallen by 42 percent and the murder rate has fallen by more than half, from 67 killings in 2012, the year before the reforms, to 25 last year. And when people in the city joined protests against Floyd’s killing  late last month, the police force joined them.

Abolishing a police force is one challenge. Replacing it with something better is another.

Key to that challenge is revamping the training for prospective officers. Here, too, the U.S. can look to other countries for inspiration. In Germany, for example, police recruits are required to spend two and a half to four years in basic training to become an officer, with the option to pursue the equivalent of a bachelor’s or master’s degree in policing. Basic training in the U.S., by comparison, can take as little as 21 weeks (or 33.5 weeks, with field training). The less time recruits have to train, the less time is afforded for guidance on crisis intervention or de-escalation. “If you only have 21 weeks of classroom training, naturally you’re going to emphasize survival,” Paul Hirschfield, an associate sociology and criminal-justice professor at Rutgers University, told me.

Joachim Kersten, a senior research professor of criminology at the German Police University, told me that police training in Germany covers everything from how to respond to cases of domestic violence to how to disarm someone with a lethal weapon. In the latter case, he said, “the emphasis is not on using weapons or shooting.” Rather, trainees are encouraged to de-escalate, resorting to lethal force only when absolutely necessary.

This level of restraint isn’t unique to Germany—it’s a Europe-wide standard. In some European countries, the rules are stricter still: Police in Finland and Norway, for example, require that officers seek permission before shooting anyone, where possible. In Spain, police must provide verbal cautions and warning shots before resorting to deadly force. Even in circumstances where weapons aren’t used, police officers in Europe tend to be more restricted in what they can do. Chokeholds of the kind used to immobilize, and ultimately kill, Floyd are forbidden in much of Europe. Some parts of the U.S., including Minneapolis, California, and New York, have since banned chokeholds and other similar restraints as well.

“If you change the rules of engagement,” Hirschfield said, “if you make it more difficult to use deadly force, legally and through training, then police departments need to adapt” their tactics.

Part of the reason that police in Europe are loath to use lethal force is because in most scenarios, they don’t have to. Compared with the U.S., which claims 40 percent of the world’s firearms, gun ownership in most European countries is relatively rare. In Germany, “officers, with few exceptions in big cities, don’t have to expect that they will meet people who will shoot at them,” Kersten said. Indeed, a number of police officers in countries such as Britain, Ireland, and Norway aren’t armed at all.

This is perhaps why police-related deaths tend to be more prevalent in the U.S. than in many of its peer nations. Last year, the U.S. recorded more than 1,000 killings by law enforcement, dwarfing the number of police-related deaths in Canada, with 36 in 2017; Germany, with 14 that year; and England and Wales, with three in 2018. (Scotland and Northern Ireland have their own police forces.) “There is a massive difference in the level of harm that police do in carrying out their duties in a society that, to begin with, has far more guns than Britain could ever imagine,” Lawrence Sherman, a director of Cambridge University’s Centre for Evidence-Based Policing, told me. “It creates a very different starting point.”

Even if the U.S. were to adopt similar standards to that of its European counterparts, it wouldn’t necessarily have the means to enforce them—at least not at the national level. That’s because, unlike many other similar countries, the American law-enforcement system is largely decentralized. The majority of the approximately 18,000 law-enforcement agencies across the U.S. are run at the city or county level, employing anywhere from one to 30,000 officers. The hyperlocalized nature of the system means that the standards and practices these agencies employ can vary widely. Unlike England and Wales, whose 43 police agencies are subject to the scrutiny of Her Majesty’s Inspectorate of Constabulary, an independent body, American policing has no federal oversight authority.

Sherman argues that the establishment of an Inspector General of Police, or some such equivalent to the British inspectorate, at the state level would solve this problem—a recommendation he also made to President Barack Obama’s Task Force on 21st Century Policing, which was established following the fatal 2014 police shooting of the black teenager Michael Brown in Ferguson, Missouri. Such an authority would operate in the way its British equivalent does—by monitoring police forces to ensure that they are abiding by a certain set of rules and regulations and cutting the funding of those that don’t. Other suggestions Sherman made to the task force included the establishment of a National College of Policing (modeled after the British equivalent) and a registry of dismissed officers to ensure that those who are fired aren’t simply rehired elsewhere. None of the recommendations were ultimately taken up.

All of this could yet change—assuming that American leaders and policy makers are prepared to engage with examples offered by countries around the world. The U.S. doesn’t have a great track record for this, though. As Uri Friedman noted, American leaders have largely proved reluctant to learn from the policies and practices of peer nations in previous crises. Who’s to say this time will be any different?

“My best prediction,” Sherman said, “is that nothing is going to happen.” At least, not on the national level. But it could happen at the local level, if city and state governments are willing to take on the issue. “The complexities of police administration and institutional design require serious attention that is not going to happen with a presidential candidate,” Sherman continued, “but could and should happen at the gubernatorial level.”