These bases are named after Confederate generals not because they personified either victory or freedom. They were named to reflect the politics of the viciously white racist South decades after the Civil War had ended. 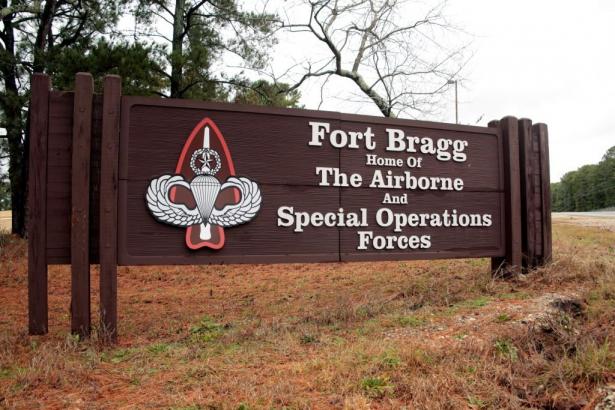 One of the latest chapters (they all come so quickly) in the ever-expanding volume Can You Believe What Our Asshole President Just Said? concerns Trump’s support for keeping the names of Confederate military leaders on U.S. Army bases, even though Defense Secretary Mark Esper and a host of retired military leaders favor dumping those names ASAP.

After citing Forts Bragg and Hood in his tweets, Trump continued:

These Monumental and very Powerful Bases have become part of a Great American Heritage, and a history of Winning, Victory and Freedom. The United States of America trained and deployed our HEROES on these Hallowed Grounds, and won two World Wars. Therefore, my Administration will not even consider the renaming of these Magnificent and Fabled Military Installations. Our history as the Greatest Nation in the World will not be tampered with. Respect our Military!

(The capitalizations are the president’s.)

A couple of quibbles seem worth bringing up. First, the rebel leaders after whom these bases are named clearly did not view the United States as the “Greatest Nation in the World”; they fought against it, not only failing to “respect our military” but killing hundreds of thousands of American soldiers who fought for our nation. Second, if you want to commemorate the nation’s “history of Winning, Victory and Freedom,” you don’t do it by naming your bases after generals who lost their war—that is, every single Confederate general—much less generals who fought the United States precisely because they feared and hated the very idea of giving freedom to their slaves.

More narrowly, some of the Confederate generals after whom these bases are named—most certainly Braxton Bragg and John Bell Hood—were among the most incompetent military leaders in human history. They presided over two of the most decisive Confederate defeats of the entire war, Chattanooga and Nashville, respectively. Both defeats were in large part the result of their breathtaking blundering. Bragg had a Union army locked up in Chattanooga, but so alienated his own commanders that one took his corps elsewhere before the battle, even as Bragg stationed his remaining troops atop a ridge where they could not see or shoot at the advancing Union soldiers until they were upon them. Hood led his army to confront a vastly superior force at Nashville, and realizing his force was too weak to attack, simply kept it in place until the Union army encircled and destroyed it—the only time in the entire war when an army was effectively demolished on the field of battle.

These bases are named after Confederate generals not because they personified either victory or freedom, even to the Confederate soldiers who were compelled to fight under them. They were named to reflect the politics of the viciously white racist South decades after the Civil War had ended.

It’s sometimes said that Trump longs to return the nation to the presumed “White Father Knows Best” somnolence of the 1950s. Now, he’d like to return it to the 1850s.

Read the original article at Prospect.org.
Used with the permission. © The American Prospect, Prospect.org, 2020. All rights reserved.
Click here to support the Prospect's brand of independent impact journalism.