Across societies, victims struggle to be believed. So, it’s a relief I May Destroy You makes the choice to have its narrative exist within a structure that simply believes women. 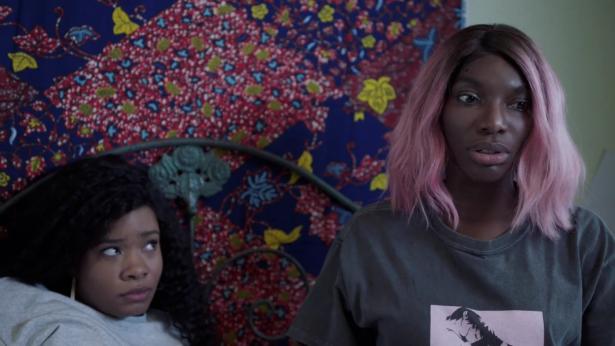 “Somebody Is Lying,” is a well-crafted episode. The show’s pilot is a whirlwind; Arabella flies from Italy, handles meetings, manages a deadline and only remembers what happened when she finally gets to her room. “Somebody Is Lying” details the personal aftermath and actual depth of Arabella’s attack. At the end of the pilot, when Arabella’s violent flashback hits viewers, there was a loss of direction. Was the vision real? Was it really one of the men she was with that night? Was it something she saw or something that happened to her? In a brilliant move, Michaela Coel’s script doesn’t force Arabella to take on the painful responsibility of confronting and undressing this trauma by herself.

I MAY DESTROY YOU SEASON 1

“Somebody Is Lying” has incredible pacing for such an intimate episodes. The plot moves quickly and still subjects Arabella to a number of brutal revelations. The support she’s given throughout the episode helps with the frustration of this tragedy. When it comes to Arabella’s assault I May Destroy You doesn’t waste time with a Devil’s advocate or questions of blame. Terry and Kwame not only immediately believe her, they encourage Arabella to believe in herself as she questions her own narrative of events.

I don’t believe the UK is some magic haven for victims. Across societies, victims struggle to be believed. So, it’s a relief I May Destroy You makes the choice to have its narrative exist within a structure that simply believes women. There are no frustrating cops who question her story. There are no friends who blame her for drinking or going out. Instead, Michaela Coel engages a more complex framework from which to examine assault and healing: What happens when a woman no longer believes in her sense of self?

Arabella has the support of her friends and the police, but her attempts to gaslight herself at the episode’s start offer insight into the nature of victimhood. Mostly, Arabella doesn’t want to be a victim. No one wants to be a victim. Her first instinct is to write the moment off as a false memory. She doesn’t remember everything, but she knows she hit her deadline. Since coming home, she’s attempted to convince herself she made the scene up in her head.

Visions of that night keep her from sleeping, so she decides to question Simon’s version of events. His lies immediately unravel after some Uber and ATM receipts come out. Simon also puts Bella in the awkward position of confronting Kat and his mistress of 6 months. Obviously, Arabella didn’t know just how shady Simon’s dealings were the previous night and Alissa is not happy about the implications.

As Terry, Weruche Opia gives a performance that is both authoritative and heartbreaking as Arabella’s closest friend. Even though Arabella is initially unwilling to question her false memory theory, Terry immediately senses that something is wrong. Terry’s concerned glances speak for the audience who want to force Arabella to remember. But Terry doesn’t push Bella. She tucks her into bed. She fixes the fallen poster on the wall. In this moment, Terry understands comfort is the most important thing she can offer Bella.

Terry might just have a feeling something bad happened to Arabella, but she seems motivated by a deeper sense of guilt. Simon was her friend first. Or maybe Terry just feels bad that she wasn’t with them. Arabella briefly mentions a previous incident in Italy when the pair split during a night out and Terry immediately gets defensive. She’s clearly suspicious of Simon, because she immediately thinks to call him from another phone when he ignores Arabella. It’s odd behavior and it’s impacting Terry’s career.

Terry also wasn’t ready to face the entire truth of Arabella’s assault. She doesn’t offer to accompany her to the police department. Instead, Kwame joins Arabella when she has to sit down and make sense of things. Two female officers gently push the defense mechanisms Arabella has built up against the attack. When she thinks about it, it is odd that Simon just left her somewhere. Even though she’d been telling herself the face in her vision couldn’t belong to the man she’d met that night, the detective gives her a new perspective. Suddenly, everything comes crumbling down again.

When the realization hits, Coel has Arabella bury her head in her sweater and cry. Somehow, that single moment is more devastating than the following, graphic rape evaluation Arabella has to endure. Since the pilot, the cut on Bella’s head and her broken phone were the only physical evidence of what happened. Early in the episode, when Simon asks her where she’s bleeding from, she only says her head. As Bella is photographed and swabbed, we see she was subjected to far more violence.

To get through the aftermath, Arabella’s defenses made her ignore the bruises and cuts on her body. By the episode’s end, those mechanisms have been undone. Arabella doesn’t just know what happened to her with certainty, she’s supported in her understanding of what happened. Finally, in the safety of her bed, with her friends by her side, she’s able to fall asleep.

Ashley Ray-Harris is a stand-up comic and writer.