For a Racism-Free 22nd Century, We Need a Billionaire-Free 21st

The dead hand of grand fortunes past is still poisoning our present. 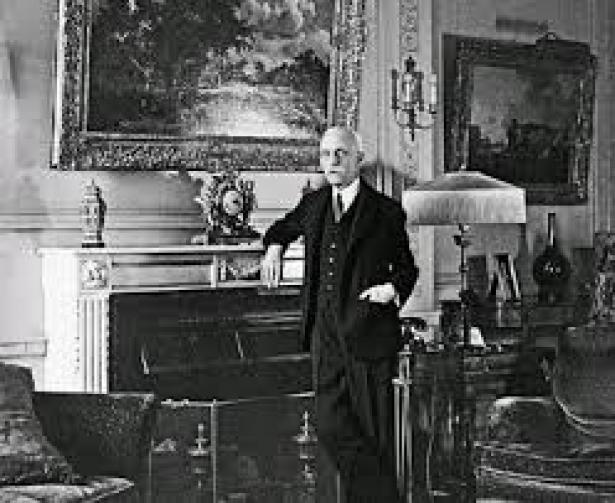 The novel coronavirus just keeps coming — and so do the billions for America’s top billionaires. The nation’s five richest — Jeff Bezos, Bill Gates, Mark Zuckerberg, Warren Buffett, and Larry Ellison — have added a combined $101.7 billion to their net worth since the virus hit hard nationally in March.

These five exceedingly affluent souls, notes the latest billionaire update from Americans for Tax Fairness and the Institute for Policy Studies, now hold a combined fortune worth nearly half a trillion dollars, $493.9 billion to be exact.

How much damage will this colossal concentration of wealth and power eventually wreak upon our nation? We won’t know for quite some time. Grand private fortunes can do ill long past the passing of the kingpins who amass them.

How long past? The reality we face here in 2020: If Donald Trump and his enablers keep power this November, they’ll owe their victory in no small part to one of the richest Americans alive — in 1920.

That Jazz Age deep pocket, the Pittsburgh banker and industrialist Andrew Mellon, wrote into the U.S. tax code a series of changes that have now, a century later, turned his personal fortune into the seed corn for the 2020 Donald Trump reelection campaign.

How did Timothy Mellon end up as the Trump reelection campaign numero uno? The dollar trail from Andrew Mellon to the 2020 Trump reelection starts with the 1920 presidential election, a battle that came on the heels of two exceedingly deadly shots at global well-being, the catastrophic conflict we now know as World War I and the catastrophic pandemic that contemporaries dubbed the Spanish Flu.

Those twin shocks had millions of Americans yearning for a return to “normalcy,” and Andrew Mellon supplied a major chunk of the campaign dollars that helped Warren Harding, the Republican presidential nominee, skate to an easy victory. A grateful Harding would make Andrew Mellon the secretary of the treasury. Mellon would hold that position for the next 11 years.

The first five years of that tenure would see a bitter struggle over the tax-the-rich legacy of the war years. In 1914, the year World War I began in Europe, no wealthy individual in the United States faced a tax rate higher than 7 percent on any income dollar. By the war’s end, personal income over $1 million faced a 77 percent tax rate.

Mellon didn’t like that rate. He liked even less the 25 percent estate tax on bequests over $10 million enacted during the war.

“The social necessity for breaking up large fortunes in this country,” Mellon sternly pronounced, “does not exist.”

As treasury secretary, Mellon would make steady progress in his campaign to whittle down the top income tax rate. On the estate tax, he encountered a rockier road. In 1924, Congress actually raised, not lowered, the top estate tax rate, from 25 to 40 percent. And lawmakers didn’t stop there. They enacted a “gift tax” — a levy on large transfers of wealth from the wealthy to their favored inner circle — to prevent the wealthy from sidestepping the estate tax by “giving” their money away to family and friends.

A displeased Mellon would then dig in for a final assault on tax fairness. In 1925, after GOP victories in the November 1924 election, he proposed chopping the top income tax rate — 46 percent on earnings over $500,000 in 1924 — down to 20 percent, as well as eliminating both the gift and estate taxes.

Progressives in Congress decried this latest “Mellon plan.” If Mellon carried the day, argued the fiery New York congressman Fiorello LaGuardia, federal taxes would no longer have the capacity “to prevent the accumulation of enormous fortunes and the control of industry and commerce that goes with such large fortunes.”

Mellon did carry the day. By an overwhelming margin, Congress killed the federal gift tax, halved the estate tax, and slashed the top income tax rate from 46 to 25 percent. The overall federal tax bill on $1 million in income would drop by two-thirds.

Mellon’s personal net worth, just over $80 million in 1923, would be estimated as high as $600 million — about $9 billion today — six years later. The ever-so-convenient 1926 repeal of the federal gift tax that Mellon had engineered would enable him to start shifting this fortune tax-free to his heirs.

Mellon, ever the class warrior, would generously invite his fellow plutocrats to share in the looting. Treasury officials quietly spread the word their Department would gladly review any requests for refunds on taxes paid since 1917. The requests — from lawyers and accountants for America’s super wealthy — would flood in, and the list of refunds granted would eventually total $1.27 billion. Mellon himself would personally pocket $7 million in refunds, with another $14 million in refunds for his corporate holdings.

One of those heirs, Mellon’s daughter Ailsa, had a fortune grand enough in the mid-20th century to support three residences in New York City, two in Connecticut’s Greenwich, one in Palm Beach, and one more out on Long Island. Ailsa only spent three weeks a year at her Long Island manse, but maintained a year-round staff. The 12 domestics and 22 gardeners, notes historian David Cannadine, kept the cut-flowers in the manse’s 32 rooms “changed daily, whether she was present or not.”

Timothy Mellon, the 77-year-old Trump reelection campaign’s top benefactor and Ailsa’s nephew, grew up amid that gilded, privileged milieu. His attraction to Donald Trump should come as no surprise. Like Trump, another heir to grand fortune, Timothy Mellon only rages against handouts that go to those born without silver spoons. In his self-published 2015 autobiography, he argued that expanded social programs have only made black people “even more belligerent.”

“For delivering their votes in the Federal Elections, they are awarded with yet more and more freebies: food stamps, cell phones, WIC payments, Obamacare, and on, and on, and on,” Mellon wrote. “The largess is funded by the hardworking folks, fewer and fewer in number, who are too honest or too proud to allow themselves to sink into this morass.”

How Trumpian — even to the out-of-place capitalization.

Timothy Mellon will be long gone by the 2120 election. Will some heir to today’s billionaire fortunes step in to fill his shoes? That seems almost certain, unless we achieve what our progressive forbears could not: a lasting deconcentration of America’s wealth.