After more than a decade of fighting for the right to bargain for better pay, California child care providers have started voting on whether to unionize.

After more than a decade of fighting for the right to bargain for better pay, California child care providers have started voting on whether to unionize.

An estimated 43,000 ballots are in the mail to home-based providers who receive state funding to care for children from low-income families.

"We do a lot for our community and sometimes we're not recognized," said Sylvia Hernández, who owns Blossom to Success Child Care in San Fernando Valley.

"Creating quality jobs for the child-care workforce makes economic and common sense," Newsom said in a statement at the time. "These workers care for our kids — we need to take care of them."

Providers are voting through July 22 on whether to approve representation by Child Care Providers United to negotiate future labor contracts with the state. The votes will be tallied on July 24.

"I think there is some potential, with a collective voice, to get better reimbursement rates," said Marcy Whitebook, founding director of the Center for the Study of Child Care Employment at the University of California, Berkeley.

But it won't be easy. The same providers faced 10% cuts to state payments for caring for children from low-income families in Newsom's May budget revision. The legislature rejected those cuts and the Governor has agreed to a budget that spares providers.

'WE DO NEED THIS CHANGE' 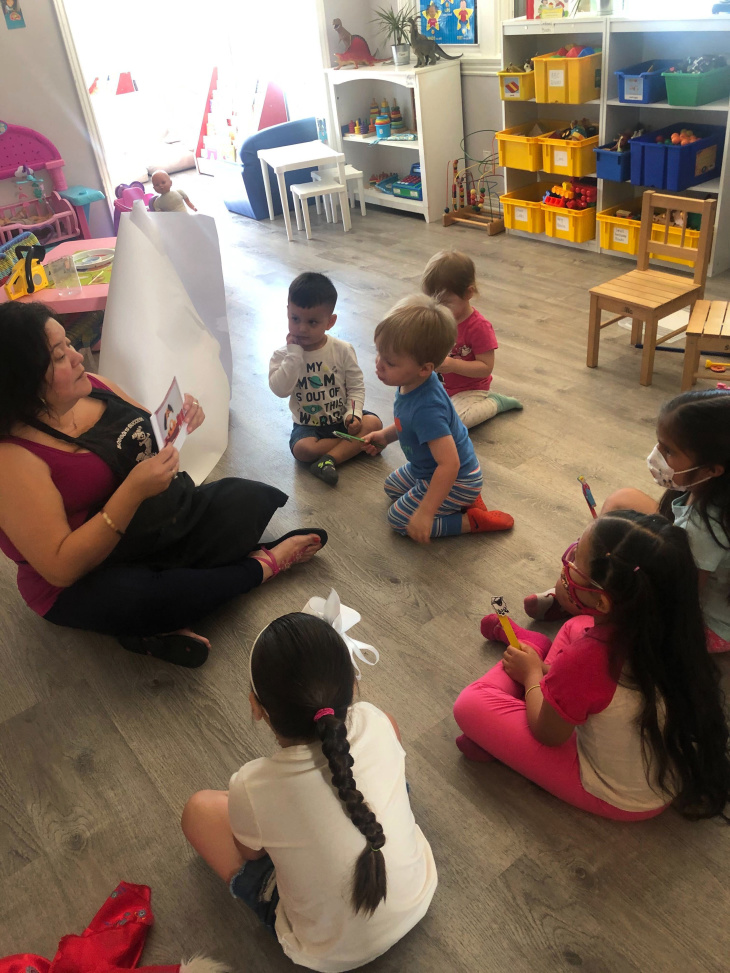 The first child to arrive at Blossom To Success shows up at 4:30 a.m. — her mom is a postal worker.

Hernández checks her temperature and lays her down on a cot to sleep.

"It's very hard, but it's very rewarding," Hernández said. She's worked with children since 1998 and opened her business in 2007. She earned an associate's degree in early education and is working on a bachelor's degree from Pacific Oaks College.

"We work with a curriculum. So we teach them everything. They have a schedule or routine," Hernández said. "It's like a little preschool, but in your home."

"Part of the reason the rates are kept as low as they are is you can serve more people," Whitebook said.

When Schwarzenegger rejected legislation in 2007 that would have allowed providers to unionize, he wrote that changes to how providers are paid and trained "could come at the expense of the number of available child care slots."

"Where do you make up the difference? You take it literally from the bodies of the people doing the work," Whitebook said, noting that many providers are Black and Brown women.

Some families are also expected to pay fees in addition to the state subsidy, based on their income. Hernández says when her families fall short, she offers alternatives like volunteering. 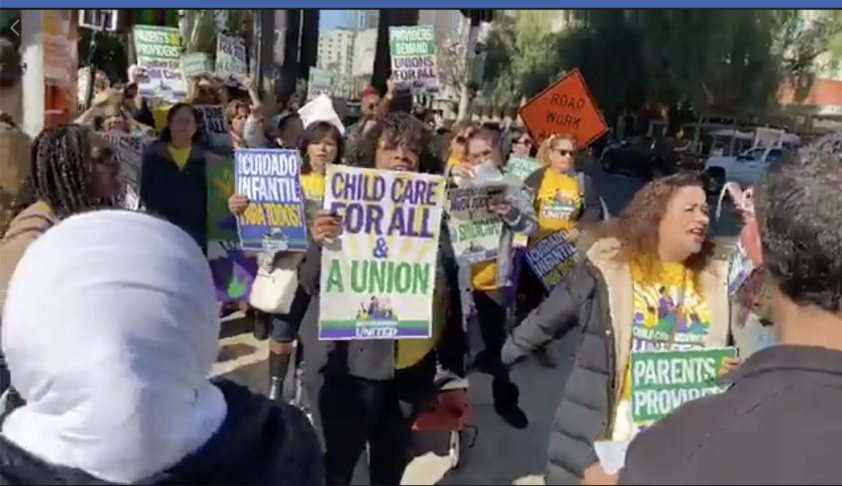 Hernández said when she and other providers were shut out of special shopping hours for essential workers at stores like Target, the union stepped up with donated supplies and a letter they could show retail employees to prove their designation as essential workers.

Child Care Providers United is a partnership between labor groups SEIU and AFSCME.

In February, providers towed a red wagon full of signed cards in support of the union election through the streets of the state's capital.

With social distancing in place, the get-out-the-vote effort is now being conducted through social media and with volunteers like Hernández calling fellow providers to encourage them to return their ballots and vote yes.

"We do need this change for a positive," Hernández said. "Not just our lives but... it changes everyone, our communities, our staff, everyone."