books Our Time Is Now 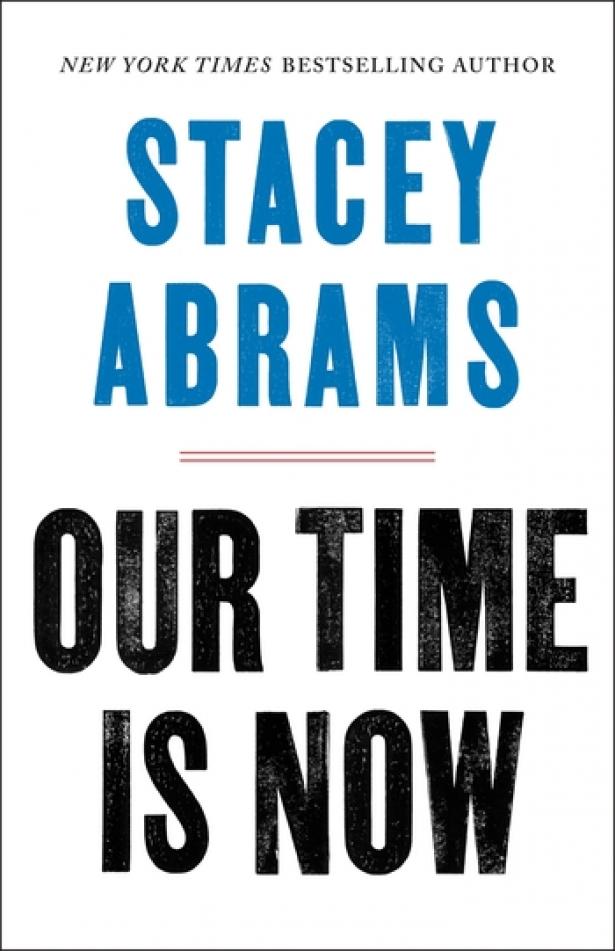 If intelligence, thoughtfulness, an encyclopedic knowledge of voter suppression techniques and an elegant writing style were the main qualifications for the vice-presidency, Stacey Abrams would be odds-on-favorite to be Joe Biden’s running mate.

Abrams is already a proven vote getter. When she became the first major party black woman nominee for governor in Georgia, in 2018, she increased youth participation by 139%, tripled turnout among Latinos and Asian Americans and increased white participation for Democrats to 25% – the party’s “highest percentage of white voters in Georgia in a generation”.

As a result, minority leader of the Georgia House is still the highest political office on Abrams’ CV, a fact I’m guessing may give California senator Kamala Harris a crucial edge if Biden does the right thing and picks an African American woman.

Regardless of her immediate political fate, the good news from Abrams’ beautiful new book is that the Democratic party has the perfect candidate to restore decency and probity at the Department of Justice, as the next US attorney general.

Our Time is Now is part-memoir, part-history and most of all a roaring call to arms for the decent American majority to take the country back from the racists and xenophobes who are the president’s only reliable supporters.

“Modern day suppression”, Abrams writes, “has swapped [the] rabid dogs and cops with billy clubs” who tried to deny the vote to black Americans of her parents’ generation “for restrictive voter ID and tangled rules for participation … mechanisms of voter suppression [that] have transformed access to democracy in ways that continue to reshape … the way we live our daily lives.”

Since the end of the second world war, more than anything else the example of the courage of African Americans has made it possible for women, gay people and trans people, Native Americans and every other oppressed group to demand the constitutional protections that are supposed to be the birthright of every American.

Abrams explains why black Americans have been the natural trailblazers in this fight for justice: “At its inception, our nation served as a refuge to those whose difference placed them in danger; but the same newcomers stole land from and murdered the original inhabitants, enslaved blacks, and stripped them of their humanity, and denied basic rights to women and nonwhites from abroad.

“This history means we understand what is at stake, how our opponents will try to block change, and, most important, our obligation to realize our destiny … a multiracial, multiethnic, youth-driven majority has grown over the last 20 years; as a result, we’ve seen nothing less than a sea change toward progress … Obama was not a fluke but a foreshadowing of how we can win even more.”

Instead of giving primacy to the “working-class white man in Ohio who voted for Reagan in 1980”, as American political reporters do over and over again, Abrams urges us to remember that the daughter of that white voter may now “be married to a Kenyan woman who is waiting for permanent residence and their first child in Arkansas”.

To Abrams, the massive gains in 2018 which saw Democrats retake the House of Representatives demonstrate that “demographic changes have come to fruition and are ready to become a political road map to sustained progress.

“But to do so, we must understand the hard work of civic engagement. We can’t wait for election time to come around … Americans must understand the compelling nihilism of authoritarian populism to avoid a permanent breakdown in democracy …Our obligation is to fortify democracy’s infrastructure … Demography is not destiny; it is opportunity. We have internalized the worst lessons of our opponents … by catering to the backbiting, loathing and timidity of fear.”

Abrams is particularly moving when she writes about the experiences of her parents, civil rights activists who grew up learning the severe limitations of the Brown v Board of Education supreme court decision, which was supposed to end school segregation in 1954, and the Voting Rights Act of 1965, which theoretically guaranteed the right to vote.

“We often see these historical moments as flash points with instant gratification,” she writes. “However, with most movements … the new rules only herald possibility …Without a state system forced to accept the federal edicts, racial oppression continued for years after change had supposedly come.”

Three years after the Voting Rights Act, Abrams’ grandparents got their first chance to cast their ballots. But when the great moment came, her grandmother froze in her bedroom.

She told Abrams her husband was furious, and “reminded me about your daddy and our aunts and uncles. All those young black children who fought so hard to get these rights.” So Abrams’ grandmother gathered up her courage, her purse and her coat, and told her husband “she was ready to go”.

This year, if we are to face down the forces of hatred and ignorance and restore America “as an exemplar of the competency of democratically led governments”, we will all need to show that same determination and courage.

Charles Kaiser is the author of 1968 in America, The Gay Metropolis and most recently The Cost of Courage.