Congress Has the Legal Power to Investigate Silicon Valley. Let's Make It Count

Lawmakers are about to undertake their first major antitrust hearing in 50 years. They should make tech companies squirm.

In the last decision of the 2019-2020 supreme court term, Trump v Mazars, John Roberts outdid himself in being John Roberts. He authored a 7-2 decision in which he appears to stand up against Donald Trump’s lawlessness, by clarifying that Congress can issue subpoenas for Trump financial documents. However, the congressional power is constrained by a new, vague, four-part test for courts to use in approving subpoenas for presidential documents. Roberts grandly reaffirmed congressional power to investigate the executive branch in theory, while making it harder in practice. He presented himself as the sober, rule-of-law judge, calling balls and strikes in the childish conflict between Congress and the executive branch – while giving himself more power.

Yet there’s one big silver lining in Mazars: while shifting power from Congress to the courts in executive branch investigations, it gave Congress a huge green light for investigations into big corporations. According to the logic of the opinion, Congress is at the peak of its power when investigating economic behavior in service of prospective legislation.

Democratic Congress members should seize the moment. Trump is a major problem, but so too are corporate monopolies, and we need Congress working at full capacity to keep our democracy from both being devoured and drowning. In other words: we need Nancy Pelosi and the House judiciary committee to take the hammer that the supreme court just gave them and use it to investigate corporate malfeasance, and then pass major new legislation to rein in corporate and monopolistic abuses.

The opinion came down just in time for one of the biggest congressional corporate showdowns in a decade. On 27 July, the congressional antitrust subcommittee is holding a major hearing with Jeff Bezos, Mark Zuckerberg, Sundar Pichai, and Tim Cook, the capstone of a year-long investigation into big tech companies. It is the first major antitrust investigation in 50 years. The goal of the investigation – and the hearing – is to understand how these famously opaque companies work, and to propose major new legislation in order to curtail abuses that are not currently illegal, but bad for our democracy and economy.

One big mystery surrounds the hearing: will the big tech leaders dictate the terms of engagement, or will Congress? In the past, when big tech has been allowed to design its own investigations, the results have been embarrassing: remember when Zuckerberg appeared before the Senate, orchestrated a day of five-minute questions, refusing followups, and senators started begging him to support their pet legislation? 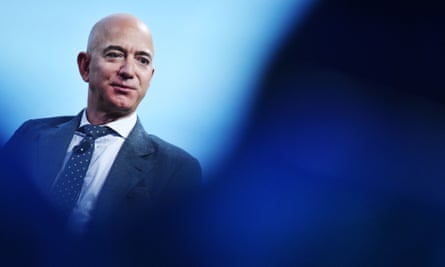 Jeff Bezos is due to appear before lawmakers this month. Photograph: Mandel Ngan/AFP via Getty Images

It is critical that this hearing be conducted in a way that allows the subcommittee to grill each CEO individually, with time to dig into matters and serve followup questions. Big tech, on the other hand, wants the hearing to be anticlimactic, to turn this meaningful and important moment into an embarrassing one for Congress. Which will it be?

This is where Congress’s subpoena power comes in. Because of the legal clarity provided by the Mazars decision, Congress holds the upper hand in any negotiation. It can demand whatever format it needs to pursue a real, fact-based, serious investigation. If Bezos says no, he’ll see a subpoena on his desk, and courts ready to enforce it.

Because the format hasn’t been announced, it is possible that the big tech companies are playing chicken, threatening to pull out if they don’t get the cushiest possible format – limited questions, all the CEOs on one panel. But Mazars makes it clear that their threats are bluffs: the supreme court said Congress’s power to hold them accountable is “broad” and “indispensable”.

The limits on this power that Roberts imposes due to Congress investigating the executive don’t apply in the corporate setting at all. In this big tech investigation, Congress is operating right at the heart of its investigative role.

Last summer, the committee sent the big tech companies a series of queries about how their businesses operate. The companies answered some questions but were hiding the ball on others. Answers to these, and other questions, play a critical role in informing prospective legislation. The antitrust subcommittee is actively considering what new antitrust laws should be passed; it is their job and responsibility to ask.

The chair of the antitrust subcommittee, David Cicilline, has been fierce and unbowed in his investigations. When Bezos said he wouldn’t testify, Cicilline tweeted: “We have asked Mr Bezos to testify before the US Congress about Amazon’s troubling business practices and false statement, and we expect him to do so. Whether he does so voluntarily or by subpoena is his choice.” But the subpoena decision is not up to Cicilline: due to House rules, the decision to issue a subpoena falls to Pelosi and the House judiciary chairman, Jerry Nadler.

We know what a good hearing looks like: each CEO alone, in person, with sufficient time for Congress people to develop real lines of questioning, and plenty of opportunities for followup. The inverse is true: a bad hearing is all the CEOs together, with five minutes per Congress member.

Do we cede more power to the monopolists, or does Congress make clear who is in charge? What we don’t want is theater: a hearing where four of the most powerful men in world history show up in theory, but use format to avoid hard fact questions and follow up, get the veneer of being good citizens … and, with a big wink and nod to the rest of us, tell everyone who is really in charge.

The precedent matters here, too. If Congress folds when one CEO demands theater instead of investigation, what do you think the next CEO will do? Weakness begets weakness.

One of the big reasons for the hearing in the first place is that big tech has way too much power and has become a private, for-profit regulator of our communications system, our markets, and our democracy. If Congress submits when big tech asks for kinder, gentler questions, the symbolism is too on the nose for comfort.

Congress should use all the power the court just gave it.