75 years ago today the United States unleashed nuclear destruction on Japan and the world. “Nuclear war is a raging, insatiable beast whose instincts and appetites we pretend to understand but cannot possibly control.” Nothing justifies these weapons 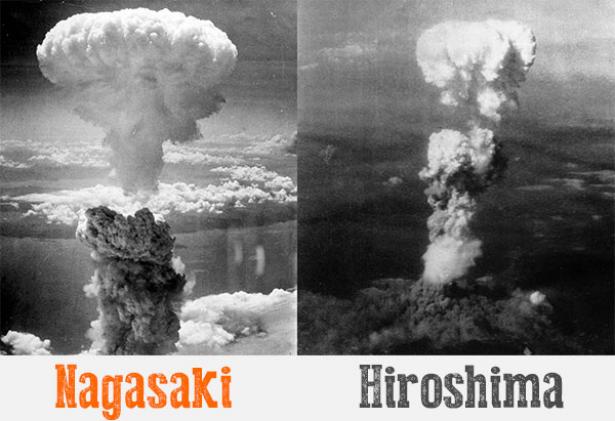 Poet survivors of the merciless, savage US atomic bombing of Japan guide us to the deepest, most intimate loss and suffering of survivors, the hibakusha.

Give back my Father

give back my Mother.
Give Grandpa,

Grandma back;
Give my sons

As long as this life lasts,

this life,
Give back Peace
Peace that will never end.
Sankichi Toge

At 28, Sankichi Toge suffered the atomic bombing at home, 1.8 miles from the epicenter in Hiroshima.  After working tirelessly as an anti-war activist, he died at the National Hiroshima Sanatorium at the age of 36. This poem is engraved on his monument at the Hiroshima Peace Memorial Park.

Poet and writer, Kyoko Hayashi nearly died on August 9, 1945 in the atomic bombing of Nagasaki.  She was fourteen years old and working at a factory less than a mile from the epicenter of the atomic explosion.  She traveled barefoot for nine hours through the ruins of Nagasaki passing many dead and dying who had been crushed, burned and mutilated beyond recognition.

The unique tragedy of those who lost their lives to the bomb, Hayashi feels, is that the bomb not only deprived them of their lives but also of “their own personal deaths.”  And for the survivors like herself, “…the shortening of a given life, not being able to live fully–this was the promise made between an atomic bomb and its victims.” The bomb changed time for her. “I could not make an appointment longer than a month ahead,” given many hibakusha friends died from unpredictable bleeding.  “The past is always present and the future is never countable.”

In one of her many published stories, Hayashi invents a new calendar, the “A-bomb calendar” which designates 1945 as the first year.  Why? “The significance of the birth of Christ or Buddha pales in comparison,” with the event that demonstrated that “humans had gained the means to destroy their own species, all other species and the earth.”

Fifty-four years after surviving the bomb, she journeyed from Japan to the Trinity Site in New Mexico, site of the first atomic bomb explosion, a national landmark since 1975, and “a hibakusha’s birth place,” as she deems it. She may be the sole atomic bomb survivor to have made this morbid pilgrimage.

Standing in “Ground Zero” at Trinity Site, she looks out to the red mountains and wilderness beyond and suddenly senses a kinship with desert plants and animals. “Until now as I stand at Trinity Site, I have thought it was we humans who were the first atomic bomb victims on Earth. I was wrong. Here are my senior hibakusha. They are here but cannot cry or yell.”

Opposition to nuclear weapons has been unfailingly bipartisan since 1945.  Key World War II military leaders from all branches of the armed forces, including generals Eisenhower, Arnold, Marshall and MacArthur; and admirals Leahy, Nimitz and Halsey strongly dissented, for both military and moral reasons, from President Harry Truman’s decision to drop the bombs on two civilian Japanese cities, Hiroshima and Nagasaki. At their 40th anniversary reunion in Los Alamos, New Mexico, 70 of 110 physicists who had worked on the atomic bomb signed a statement supporting nuclear disarmament.

No high-level military insider has renounced nuclear weapons so starkly and definitively as retired Air Force General Lee Butler, former commander of the Strategic Air Command that oversaw the entire nuclear arsenal. In December 1996, he used a National Press Club luncheon as his forum to urge his government to take the lead in abolishing all nuclear weapons.  “Nuclear war,” he said, “is a raging, insatiable beast whose instincts and appetites we pretend to understand but cannot possibly control.”  Nothing, he concluded, not peace through deterrence, nor national security, justifies these weapons of physical and genetic terror.

The pity here is that he waited until retirement to speak out.

May the hibakusha and this generation guide us to global abolition of nuclear weapons.

[Pat Hynes, Director of the Traprock Center for Peace and Justice in western MA, visited the Hiroshima Peace Memorial Museum in 1985.  She has been an opponent of nuclear weapons since.]