Iowans with Past Criminal Convictions Can Now Vote

Iowa was the last state in the country that permanently took voting rights away from citizens with past convictions unless the government approved individual rights restoration – which now applies only to people with felony homicide convictions. 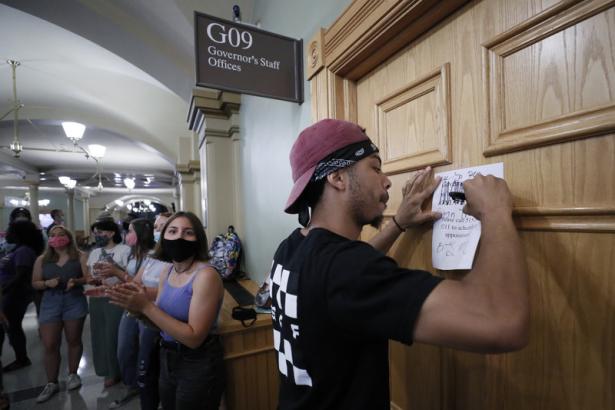 On August 5, 2020, Republican Gov. Kim Reynolds issued an executive order ending Iowa’s policy of permanent disenfranchisement for those with felony convictions. Gov. Reynolds’s order automatically and prospectively restores voting rights to most Iowans who have completed their terms of incarceration, probation, parole, or special sentence – which is estimated to be tens of thousands of citizens.

Gov. Reynolds’ executive order automatically and prospectively restores voting rights to Iowans with past felony convictions, except individuals convicted of felony homicide offenses, once they have completed their terms of incarceration, probation, parole, or special sentence.

Until Gov. Reynolds’ action, Iowa was the only state in the country that permanently took voting rights away from citizens with past convictions unless the government approved individual rights restoration – a process that will now apply only to people with felony homicide convictions. A state-maintained webpage with information regarding Iowa’s rights restoration process can be accessed here.

Gov. Kim Reynolds has urged Iowa lawmakers to amend the state’s constitution to put an end to permanent disenfranchisement in Iowa.

For the six years between 2005 and 2011, under a policy established through an executive order, Iowa did not permanently disenfranchise its citizens and instead restored voting rights to people who had completed their sentences. In 2011, Gov. Terry Branstad reversed that progress, returning the state to its status as a national outlier on disenfranchisement.

To amend the Iowa Constitution, both chambers of the legislature must approve the amendment in two successive General Assemblies (two-year legislative sessions). Then, the policy must be ratified by a majority of the electors.

For more information about the Brennan Center’s work on Restoring Voting Rights in Iowa, please contact Stuart Baum, at stuart.baum@nyu.edu.