Dirt from the digital dust-ups: Trump vs TikTok, Tech moguls in the House, Facebook pants down, and more 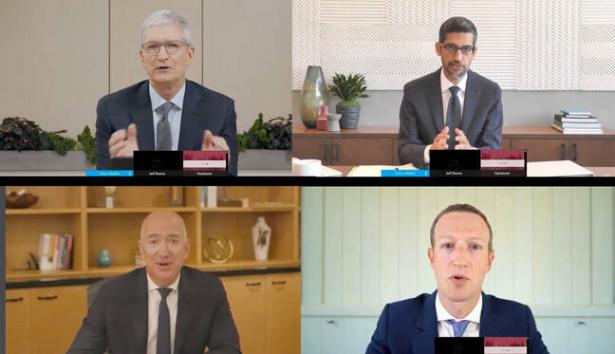 An intricately linked network of 450 sites purporting to be local or business news publications posts stories that are algorithmically generated using publicly available data sets or by repurposing stories from legitimate sources. In the remaining stories that have an authentic byline there is often a conservative bent.

Anuj Bhatia, Indian Express: Banning WeChat will have long-term implications on consumers, US-China relations, and the future of the internet.

NBC All Shook Up

NBCUniversal, like its peers, is having to discard old ideas about troop placement in the age of the streaming wars.

Amazon, Apple, Facebook and Google were called on the carpet for both anti-competitive behavior and the privacy issues inherent in their commercial data collection practices.

Alba TV, a communication initiative for the integration of the peoples of the global South, is broadcast in all of Venezuela, but also has ample presence in social media.

Protesters Make Their Own News

Protesters, organizers, and citizen-journalists tell how they’ve been staying informed and informing others, and whether this moment has changed their views on traditional media.