Trump’s War on Seven Decades of Arms Control and Disarmament

President Trump has undermined a US arms control regime developed over seven decades by successive US administrations. He is seeking to reverse important steps towards disarmament and arms control taken by every US president from Eisenhower to Obama. 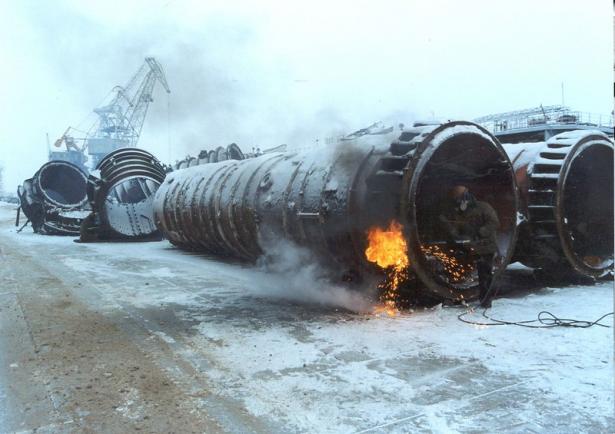 Seventy-five years ago, the United States dropped atomic bombs on Hiroshima and Nagasaki, killing more than 200,000 Japanese and injuring another 100,000.  The great fires that raged in each city consumed many of the bodies.  If ever there was a visceral force for promoting a world free of nuclear arms, it should be the memory of Hiroshima and Nagasaki.

In view of Donald Trump’s ignorance and indifference, it is no surprise that the White House made no mention on August 6th and August 9th of these horrific events.  Trump has been too busy scrapping many of the arms control and disarmament treaties that it inherited from previous administrations.  Trump made it clear in the 2016 presidential debates that he had no understanding of the central issues of the nuclear arms race, including the nuclear triad.  When he couldn’t answer a question on nuclear verification, Trump typically bluffed that “it would take me an hour and a half to learn everything there is to know about missiles.  I think I know most of it anyway.”

In July 2017, Secretary of State Rex Tillerson and the members of the Joint Chiefs of Staff were alarmed by Trump’s nuclear ignorance, so they held a seminar in the Pentagon’s Tank to brief the president on the nuclear inventory.  Tillerson’s infamous reference to Trump as a “fucking moron” was in response to the president’s demands for increasing the size of the nuclear inventory tenfold.  Several days later, national security adviser H.R. McMaster referred to the president as an “idiot” and a “dope” with the mind of a “kindergartener.” (This challenged a military code that forbids an officer from criticizing the president of the United States.)

Trump’s hostile and counterproductive acts have undermined the arms control regime that U.S. presidents have developed over the past seven decades.  Every president from Eisenhower to Obama contributed to improving the verification and monitoring of strategic arms; reducing the numbers of strategic weapons; eliminating intermediate-range missiles, and/or trying to avoid accidental confrontation.  During the presidential campaign in 2016, ten former nuclear control officers anticipated the worst and organized a letter stating that, if elected, Trump should not be given the nuclear codes.

For the past two years, Trump has taken steps to thoroughly weaken the arms control regime.  In 2018, Trump scuttled the Iran nuclear accord, which had brought a measure of predictability to the volatile Middle East.  The Trump administration then scuttled the Intermediate-range Nuclear Forces Treaty (INF), which was responsible for the destruction of more missiles than any treaty in history. More recently, the Trump administration walked away from the Open Skies Treaty, which was negotiated by President George H.W. Bush and Secretary of State James Baker in 1992, but has a history that dates to the Eisenhower administration in the 1950s.  The treaty was particularly important to the Baltic and East European states for monitoring Russian troop movements on their borders.  Trump’s claim that the treaty allowed surveys of U.S. civilian sites, “an unacceptable risk to our national security,” was particularly ludicrous.  Information on U.S. infrastructure is publicly available to anyone from Google Earth as well as commercial imagery.

The Trump administration may break the moratorium on nuclear testing, which has been in place for nearly three decades.  The United States has conducted more nuclear tests (1,032) than all other nuclear powers combined (1026).  China, for example, has conducted only 45 tests.  Underground testing, moreover, is unnecessary; computer simulations are perfectly adequate.  In addition to the possibility of more nuclear testing, Trump has walked away from the Outer Space Treaty and created a Space Force, which could take an arms race to space.

Trump’s national security adviser at the time most of these steps were taken was John Bolton, who was in President George W. Bush’s administration in 2002, when Bush recklessly abrogated the Anti-Ballistics Missile Treaty (ABM), the cornerstone to strategic deterrence.  Republican administrations were responsible for both INF and ABM, with Presidents Richard M. Nixon and Ronald Reagan ignoring opposition from the Department of Defense (DoD) and the Joint Chiefs of Staff to conclude the treaties.  Secretary of Defense Caspar Weinberger and undersecretary of defense Richard Perle, the Prince of Darkness, resigned because of their opposition to INF.  DoD civilians and the uniformed military have a long history of opposition to arms control and disarmament.

Finally, there is no indication that the United States is prepared to renew or extend the New START accord negotiated by the Obama administration in 2010, which made significant reductions in nuclear launchers and warheads.  U.S. officials argue there is no point in returning to the negotiating table with Russia without the presence of China. This amounts to a “poison pill” because China has many fewer nuclear warheads and launchers than Russia and the United States, and has demonstrated no interest in joining disarmament talks because of the strategic imbalance.  Meanwhile, Trump is committed to an investment of $1.2 trillion to conduct an unneeded modernization of nuclear forces.

These steps are having serious consequences.  The combination of ending the INF Treaty and failing to renew the New START accord will lead to increased defense spending in Russia and China. In the Middle East, the abrogation of the Iran nuclear accord led Saudi Arabia and China to begin working together to build an industrial capacity to produce nuclear fuel.  A current intelligence study points to the possibility of secret Saudi-Chinese efforts to process raw uranium into a form that can be enriched into weapons fuel.  Last year, the International Atomic Energy Agency reported that Saudi Arabia and Jordan were cooperating to make yellowcake, a concentrated form of uranium ore that is central to enriching uranium into nuclear fuel.

The Trump administration is also ignoring the Missile Technology Control Regime, signed by 35 nations, to limit the sale of sophisticated weaponry, particularly advanced armed drones.  Trump and the Department of State announced they would ignore restrictions in order to sell the MQ-9 Reaper to Saudi Arabia and the United Arab Emirates.  Jared Kushner, the president’s son-in-law, is an enthusiastic supporter of these sales.  Saudi Arabia and the UAE have been guilty of war crimes in Yemen with their use of advanced U.S. weaponry.

Meanwhile, the Trump administration has placed the arms control account in the hands of Marshall Billingslea, who has no experience in the field but has been nominated to be the UnderSecretary of State for Arms Control.  He began his career as an aide to Senator Jesse Helms, the leading opponent of arms control throughout the 1990s, and his most recent government position has been that of Assistant Secretary of the Treasury for Terrorist Financing.  One of his most recent statements on arms races is most telling: “We know how to win these races, and we know how to spend the adversary into oblivion.”

Billingslea supports the senseless U.S. modernization of its nuclear inventory and bloated defense spending in general, which is why the United States lacks funding for investment in public health and infrastructure. Billingslea encountered significant congressional opposition to confirmation in his previous positions because of his well-documented history of advocating the use of torture and other unlawful interrogation practices.

Of course, if the United States is serious about arms control and disarmament, the Trump administration could respond to Russian President Vladimir Putin’s interest in engaging the United States in discussions on a no-first-use of nuclear weapons; no militarization of outer space; and the creation of nuclear-free zones.  At the same time, we should stop the gratuitous reconnaissance flights over the Black Sea; rotating troops in Poland; and the construction of a regional missile defense in Poland and Romania in order to create an opening for serious discussions.

[Melvin A. Goodman is a senior fellow at the Center for International Policy and a professor of government at Johns Hopkins University.  A former CIA analyst, Goodman is the author of Failure of Intelligence: The Decline and Fall of the CIA and National Insecurity: The Cost of American Militarism. and A Whistleblower at the CIA. His most recent book is “American Carnage: The Wars of Donald Trump” (Opus Publishing), and he is the author of the forthcoming “The Dangerous National Security State” (2020).” Goodman is the national security columnist for counterpunch.org.]