Dispatches From the Culture Wars - QAnon, the Party of Paranoia 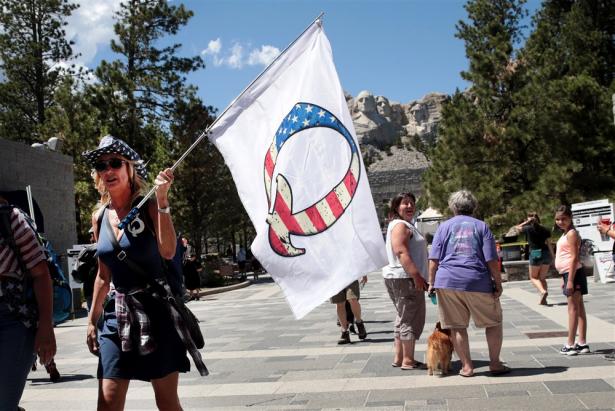 The Online Church of Conspiracy

A far-right candidate with ties to QAnon won a Republican primary runoff election. The QAnon conspiracy theory baselessly claims that there is a “deep state” apparatus run by political elites, business leaders and Hollywood celebrities who are also pedophiles and actively working against Trump.

It is a dangerous, fully immersive alternative reality that is inspiring its followers to plan domestic terrorist attacks. QAnon has been supported, amplified, and winked at enough by far-right Republicans — the president and his sons, Michael Flynn, the freedom caucus — that dozens of candidates for office are using it to reach potential voters.

“I’ll Come Cut Your Head Off”

Recasting the pandemic as a Democrat-sponsored hoax is one way QAnon supporters are connecting with new audiences. Meet the Republican candidates and elected officials in Texas promoting QAnon.

And while anti-mask sentiment has surfaced in a variety of ways for a number of reasons, viral videos of anti-mask confrontations have become causes for celebration in conspiracy circles, embraced as examples of people taking the fight against their shadowy enemy into the real world.

One of QAnon’s most recent memes depicts an imagined trajectory that takes place over the course of four years. The first panel in the image shows a woman wearing a surgical mask, the next a cloth mask, before ending with a woman wearing a full burka.

Facebook has been key to QAnon’s growth, in large part due to the platform’s Groups feature, which has also seen a significant uptick in use since the social network began emphasizing it in 2017.

QAnon seeks to create a groundswell of concern by flooding social media with posts about human trafficking, joining parenting Facebook groups and glomming on to hashtag campaigns like #SaveTheChildren, which began as a legitimate fund-raising campaign for the Save the Children charity.