Boseman was a superhero on screen, but his work defending the dignity of Black people’s image on screen was his best. In 2003, after he questioned a soap opera’s stereotypical depiction of a Black teen, he was fired. 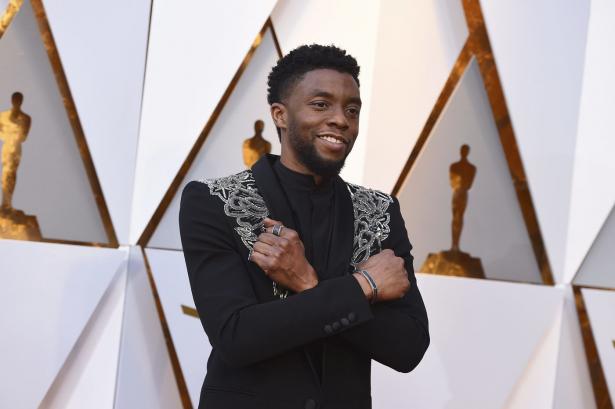 We didn’t know it when he was with us, but there was something magical about the late Chadwick Boseman.

We watched the magic of Boseman’s acting unfold in the Marvel Universe’s 2018 Academy Award-winning blockbuster, Black Panther. In the lead role, Boseman convinced the little kid in all of us that Vibranium was real and that Wakanda is forever. Most importantly as the Black Panther, King T’Challa, Boseman gave American children their first Black superhero in a major motion picture. Just like Christopher Reeves’ Superman more than a generation ago, little children of all races wanted to be Boseman’s Black Panther.

On Friday night, however, we learned Boseman’s magic was the real deal. That was also when his social media accounts revealed that not only was the actor battling colon cancer for four years, Boseman, 43, had now died. That also meant that while he was filming the biggest superhero movie ever made, Boseman was in the midst of nothing short of a Herculean effort to save his own life.

And we didn’t have any idea.

That’s why this loss hurts us so.

“Black Panther was a movement,” said Ariell Johnson, the Black founder and owner of Amalgam Comics & Coffeehouse in Kensington. Black Panther “was such a moment of Black beauty. In the midst of everything else going on, a little bit of Black boy joy has now died.”

That’s what was special about Boseman. He was the definition of the levity that is Black boy joy, but with a serious helping of Black man dignity. Boseman oozed self-confidence and self-assurance in a way that wasn’t just unassuming, but humble. In an industry that doesn’t respect the gravitas of what it means to be a Black man in America, Boseman commanded respect. He took roles that meant something to him. With the quiet dignity that defined the men of Robinson and Marshall’s era, Boseman died on his own terms, leaving a legacy of art, not illness.

At times it seems Boseman was even prophetic. In 2016, his King T’Challa debuted in Marvel’s Captain America: Civil War. And one of Boseman’s first quotes as Black Panther was about death: “In my culture, death is not the end. It’s more of a stepping-off point.” I wonder if he knew of his illness then. I didn’t know when I watched Civil War for the first time Friday night with my nephew that two hours later I’d learn of Boseman’s passing.

Chadwick Aaron Boseman grew up in Anderson, S.C. He attended Howard University. Those who went to school with Boseman remembered a friendly guy with a unique sense of fashion.

“He was such a light,” said Maori Karmael Holmes, founder of Philadelphia’s BlackStar Film Festival, who attended Howard with Boseman. “Now we know that he was definitely crafting his legacy as an artist that was focused on how Black people — in particular, Black men — were represented on screen.”

At Howard, he took a theater class taught by actress Phylicia Rashad. It was Rashad who helped Boseman get into a theater program at the University of Oxford that Boseman later learned was paid for by Denzel Washington.

Washington was among the scores of celebrities — who included Jordan Peele, Sterling K. Brown, Issa Rae, and Oprah Winfrey — who fondly remembered Boseman. “He was a gentle soul and a brilliant artist who will stay with us for eternity through his iconic performances over his short yet illustrious career,” Washington said in a statement. “God bless Chadwick Boseman.”

Boseman was such an excellent actor that even when you thought he didn’t resemble the historical figure he was portraying — for example, Boseman was 6 feet tall and James Brown stood a mere 5-foot-6 — even the most critical moviegoers left the theater satisfied with Boseman’s performances.

“He played the role of Black Panther with such grace and mobility, we lost sight of how good of an actor Boseman was,” said Vincent Williams, one half of the Micheaux Mission, a Philadelphia-based podcast that discusses Black films. “The James Brown role is a perfect example of that. After 20-plus years of hackneyed James Brown impersonations, Boseman brought depth of humanity to James Brown.”

Boseman was definitely a superhero on screen, but his work defending the dignity of Black people’s image on screen was his best. In 2003, Boseman was hired to play the role of Reggie Montgomery on All My Children, but after he questioned the soap opera’s stereotypical depiction of a Black teen, he was fired. Ironically, Boseman’s Black Panther costar Michael. B. Jordan replaced him in that role.

In 2018, Boseman returned to Howard University to give a commencement speech. He urged graduates to speak up for what they believe is right and fight for social justice. At a time when people continue to question if Black lives matter, his voice in Hollywood will be missed.

He will forever be our superhero.