Faced with the prospect of losing power, the President has gone beyond mere scaremongering and resorted to fomenting unrest from the White House. 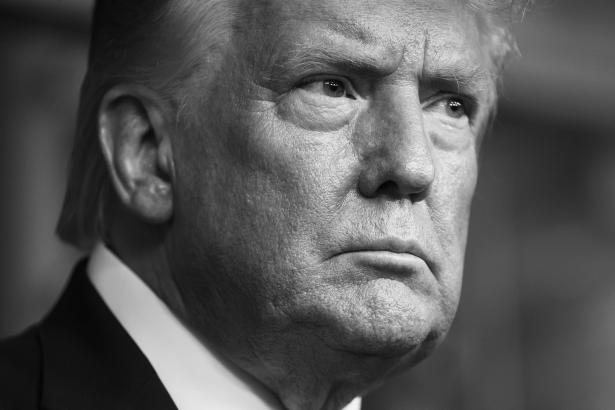 In December, 2016, Steven Levitsky and Daniel Ziblatt, two political scientists at Harvard, published an opinion piece in the Times that posed the question “Is Donald Trump a Threat to Democracy?” Relying on a set of criteria for anti-democratic leaders created by Juan José Linz, a Spanish expert on totalitarianism, which includes the incitement of violence for political purposes, the two scholars determined that Trump “tests positive.” During that year’s Presidential campaign, they reminded readers, Trump had incited violence by encouraging his supporters to rough up protesters at his rallies.

In their Times piece, and at greater length in their book, “How Democracies Die,” from 2018, Levitsky and Ziblatt developed the theme that Trump had authoritarian inclinations—and they also emphasized the fact that he took over the Presidency during a period of intense political polarization, when other right-wing extremists were already questioning the legitimacy of their political opponents. While American democracy wasn’t in imminent danger of collapsing, they wrote, “We must be vigilant. The warning signs are real.”

Right now, those signs couldn’t be flashing any brighter. Over the weekend, Trump cheered on a caravan of his supporters that confronted groups of Black Lives Matters demonstrators in Portland, Oregon, the site of months of ongoing protests, some of which have turned violent. In the clashes that ensued, one person—Aaron (Jay) Danielson, a supporter of the far-right group Patriot Prayer—was shot and killed. Not content with fanning the flames in Portland, Trump retweeted a message that was supportive of Kyle Rittenhouse, the seventeen-year-old Illinois teen-ager who shot three protesters in Kenosha, Wisconsin, last week, killing two of them. Then, at a press conference on Monday, Trump defended Rittenhouse, suggesting that he had acted in self-defense.

“I find it, frankly, terrifying,” Levitsky told me on Monday, when I called to ask him about Trump’s latest rhetorical escalations. Although the language that the President has adopted over the past few days is entirely consistent with his 2016 campaign, the inflammatory statements he issued at rallies then were “on a micro scale” compared with what he is doing now on a national stage, Levitsky said. And the political environment, following months of protests against police racism and brutality, is even more incendiary. “We now have the potential in towns and cities across the country for pretty significant violence, with a large number of deaths,” he said. “Trump is either unaware of this or he doesn’t care. I don’t normally like to make these comparisons, but this sort of encouragement of violence for political purposes is worryingly similar to what the Fascist movement did in Europe during the nineteen-twenties and nineteen-thirties.”

In these hyper-polarized, hyper-online times, the word “fascist” gets bandied around a great deal. For this reason, among others, I have avoided using it when writing about the Trump Administration. But Levitsky isn’t the only expert on democratic erosion who sees some alarming parallels between interwar Europe and what is happening in the United States today. Ruth Ben-Ghiat, a historian at New York University, is the author of a forthcoming book on authoritarian leaders, “Strongmen: Mussolini to the Present.” In a telephone conversation, she reminded me that the Fascist Italian dictator, before he ascended to power, in October, 1922, exploited violent clashes between groups of his armed supporters, known as the Blackshirts, and their left-wing opponents. “He used the violence to destabilize Italian society, so he could position himself as the person to stop this violence,” Ben-Ghiat said. That’s what Trump is doing now, she added.

To be sure, the historical parallels aren’t exact. After King Victor Emmanuel III appointed Mussolini as Italy’s Prime Minister, Mussolini quickly obtained dictatorial powers and seized control of the state, converting the Blackshirts into a state-sanctioned official militia. Trump has already been President for nearly four years. He’s said and done some terrible things, but, when checked by the courts or by other institutions of state, he has generally backed down, at least for a while. During the protests for racial justice in Washington, earlier this year, for example, Pentagon chiefs successfully resisted Trump’s calls to send in federal troops.

Still, these recent events are extremely alarming. By cheering on the members of the Portland caravan—“great patriots,” he called them on Twitter—and defending Rittenhouse, despite the fact that he has been charged with two counts of first-degree homicide, the President has crossed a threshold. Faced with the prospect of losing an election, and power, he has gone beyond mere scaremongering and resorted to fomenting violent unrest from the White House. “The public embrace of militias and paramilitaries is clearly recognizable authoritarian behavior,” Levitsky said of Trump’s incitements. “You see it in India, in the nineteen-nineties and two-thousands. You see it in the American South, during Reconstruction and the Jim Crow era. What Trump is doing—encouraging this violence—is a time bomb. We had three political deaths last week. We should not be watching the political death count rise in a mature democracy like the United States.”

One of these deaths, in Portland, appears to have been the result of a left-wing protester shooting a Trump supporter in the chest. The Oregonian has identified the suspect as Michael Forest Reinoehl, a forty-eight-year-old Portland man whose online postings identify him as a supporter of Black Lives Matter and Antifa. I asked Levitsky and Ben-Ghiat what can be done to arrest a downward spiral into more bloodshed. Both of them said that it was essential for leading politicians of both parties to denounce violence and call for calm.

This is what Joe Biden, Trump’s opponent, did on Monday. “I’m going to be very clear about all of this,” the former Vice-President said, in a speech in Pittsburgh. “Rioting is not protesting. Looting is not protesting. Setting fires is not protesting. None of this is protesting. It’s lawlessness. Plain and simple. And those who do it should be prosecuted. Violence will not bring change.” Shortly after Biden spoke, Trump launched his defense of Rittenhouse and described the Portland caravan as a peaceful protest. Almost equally disturbing was the silence from other elected Republicans. “The most influential figures in the conservative movement—the commentators on Fox News and the Republican Party leaders—must come out and renounce this violence,” Levitsky said. “If they don’t, we are in terrible trouble.”

Ben-Ghiat echoed Levitsky’s call for political leaders to distance themselves from Trump and stand up for peaceful democratic values. She added that leaders of other institutions that have a vital interest in preserving the American system of government, such as businesses, should join this effort. “In this case, the business community has not stepped up and been vocal enough,” she said. If the country’s leaders don’t push back against Trump’s incitements now, the violence could take on a momentum of its own, raising the possibility of an authoritarian reaction. That is what has happened in other failed democracies. “The only way you can avoid violence, and perhaps a constitutional crisis, is if the political leadership moves to de-escalate things and demobilize their bases,” Levitsky said. “Trump is doing precisely the opposite of that.”

John Cassidy has been a staff writer at The New Yorker since 1995. He also writes a column about politics, economics, and more for newyorker.com.