A gripping biography of the leader of the slave revolt that led to Haiti’s independence, described as ‘the first black superhero of the modern age, the work under review promises to be the definitive study of the epocal revolutionary figure. 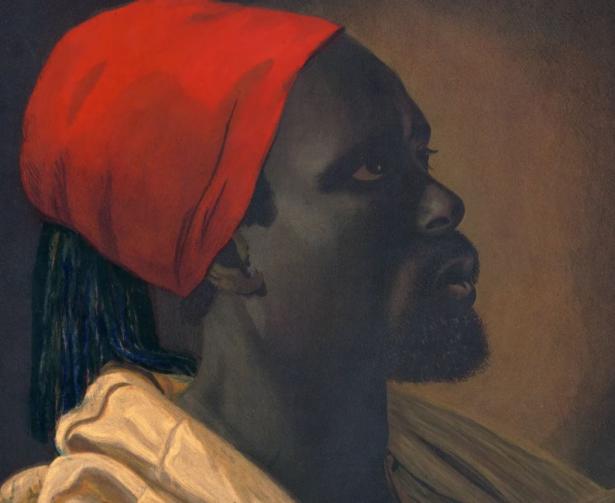 igure from the 18th-century “age of revolution” had as extraordinary a life as Toussaint Louverture. He was born a slave in the 1740s, in one of the cruellest and deadliest environments humans have ever created: the French Caribbean colony then called Saint-Domingue (now Haiti), where rapacious white planters worked hundreds of thousands of captive people to death to feed Europe’s growing taste for sugar and coffee. In the early 1790s, Toussaint helped start the largest and most successful slave rebellion in history and then moulded the rebels into a remarkably effective army.

In 1794 he agreed to join forces with France’s radical first republic, which had proclaimed the abolition of slavery in its overseas empire. As a French army general and the colony’s lieutenant governor he defeated a series of enemies, including British invaders, and saved Saint-Domingue for France. By the end of the decade he had outmanoeuvred a series of French officials, overcome black rivals, emerged as the colony’s uncontested strongman, and brought it to the brink of independence. In response, France’s new leader Napoleon Bonaparte sent a massive military expedition to reassert full French control. It ultimately failed, leading to Haitian independence at the start of 1804, but it did manage to defeat Toussaint and take him prisoner. He died in the cold, lonely Fort de Joux in the Jura mountains of France in 1803

The story is astonishing – but also astonishingly difficult to write about. Sources for Toussaint’s life before the rebellion are scant and scattered. Historians only discovered in the 1970s that he had gained his freedom in the 1770s and had himself briefly owned at least one slave. Much more documentary information about him survives, but it is dispersed among dozens of archives in several countries. Haitian historians have never had the resources to compile, let alone edit and publish it in the way that American historians have done for their “founding fathers”. Only in the past quarter-century, thanks to the academy’s turns towards “global” and “subaltern” histories, has the Haitian revolution attracted sustained scholarly attention in North America and Europe.

Toussaint’s previous biographers have drawn on the surviving shards of information to produce wildly different portraits. For the great Trinidadian intellectual CLR James, Toussaint was an anti-imperialist freedom fighter avant la lettre. The conservative French diplomat Pierre Pluchon cast him, much less convincingly, as an acquisitive aspiring landowner interested in exploiting the plantation system for his own benefit. Most recently, the French-American historian Philippe Girard has emphasised Toussaint’s ruthlessness and tendencies towards dictatorship.

Sudhir Hazareesingh would not seem the most obvious candidate to write Toussaint’s definitive biography. He has not previously worked on Caribbean history. He is best known for books on contemporary French political history and for a sprightly, provocative volume entitled How the French Think. But his Black Spartacus is a tour de force: by far the most complete, authoritative and persuasive biography of Toussaint that we are likely to have for a long time. It is not without its own very strong point of view, presenting Toussaint above all as a fierce and effective opponent of slavery. But it is at times an extraordinarily gripping read.

The book is grounded in a remarkable job of research. Hazareesingh has scoured archives in France, Britain, the US and Spain (not Haiti itself, where, regrettably, relatively little material has survived). He has not been able to resolve some of the greatest open questions about Toussaint, such as whether the black leader plotted the slave rebellion at the behest of French royalists, who hoped it would undercut moves towards independence by white landowners. Rumours to this effect have circulated since the events themselves. Hazareesingh does not believe them, but has little new evidence. However thanks above all to new soundings in the French colonial archives, including both the correspondence of French officials and records of the colonial administration, he has provided a far richer portrait of Toussaint’s years in power than was previously available. Ten of 12 chapters deal with these later years.

He characterises Toussaint as a canny “revolutionary political operator”, who knew how to mobilise the black masses behind him, helping him force out the successive French officials who tried to rein in his authority. This support depended on more than just Toussaint’s own personal charisma. He forged what Hazareesingh calls a “creole republicanism” that drew on French, African and indigenous sources, was centred on a fierce, absolute opposition to slavery, and inspired genuine confidence and public spiritedness among the former enslaved.

In a careful study of a representative hamlet, Môle Saint-Nicolas, Hazareesingh speaks repeatedly of Toussaint’s “success” in shaping a new sort of political community. And he quotes a report to France’s ruling Directory: “The commander-in-chief has the confidence, respect, and love of nine-tenths of the population.” Hazareesingh also makes clear that Toussaint possessed extraordinary personal qualities, including exemplary personal courage (he was wounded in battle some 17 times), strategic brilliance, powerful eloquence and an almost superhuman stamina and work ethic.

This book does recognise that especially towards the end of his rule, Toussaint turned increasingly secretive and ruthless. At one point, needing to win British goodwill, he cynically betrayed a Jewish agent he had helped send to Jamaica to start a slave uprising there (the man was hanged). Furthermore, in Toussaint’s desperation to restore the pre-revolutionary plantation economy, he “became increasingly trapped in an authoritarian spiral”. But Napoleon’s invasion “brought him back to his republican self” as he again inspired his followers to bond together to fight for their liberation. He died a martyr of freedom, and ever since his memory has been venerated, especially but not only among people of African descent. Hazareesingh goes so far as to call Toussaint “the first black superhero of the modern age”.

His admiration does lead him to skate lightly over the most troubling aspects of Toussaint’s career. The “authoritarian spiral” to which he refers involved forcing former slaves to return to their plantations in what amounted to a form of serfdom. Toussaint also treated white landowners with undue magnanimity, protecting their property and allowing them to fill most of the political offices in places like Môle Saint-Nicolas. He certainly believed that without the wealth generated by largely white-run sugar and coffee plantations, Saint-Domingue would be left defenceless against its many enemies. But he took some of the richest plantations for his own property, and provoked considerable discontent among the former slaves.

As the historian Johnhenry Gonzalez has recently argued in Maroon Nation, these men and women themselves fiercely hated the quasi-industrial plantation system, and focused much of their revolutionary fury on smashing plantation machinery (Gonzalez calls them more successful versions of Britain’s machine-breaking Luddites). After independence, they defied the attempts of successive Haitian rulers to corral them back on to the plantations, and instead voted with their feet, moving into unsettled areas and taking up subsistence farming. The plantation economy, which Toussaint had brought back to roughly a third of its pre-revolutionary dimensions, collapsed for good.

His increasing authoritarianism arguably prefigured the dictatorships that have plagued Haiti throughout so much of its history. Still, it would be a large mistake to hold Toussaint responsible for the ills that have plagued his country since independence. If that responsibility lies anywhere, it is with the western powers that long treated Haiti as a pariah state. In return for diplomatic recognition, France in 1825 forced Haiti to pay crushing reparations for lost colonial property (including human property). The US subjected it to 19 years of military occupation in the early 20th century, and later supported the horrific dictatorship of the Duvalier family. Under these conditions, made worse by the difficult aftermath of revolution, and by repeated natural disasters, any chance of establishing a stable democratic state was vanishingly thin. Even so, throughout modern history, as Black Spartacus reminds us, Toussaint and his creole republicanism have remained powerful sources of hope, both in Haiti and beyond.

Book author Sudhir Hazareesingh, born in Mauritius, is a Fellow of the British Academy and has been a Fellow and Tutor in Politics at Balliol College, Oxford, since 1990. He has written extensively about French intellectual and cultural history, and among his books are The Legend of Napoleon, In the Shadow of the General and How the French Think. He won the Prix du Mémorial d'Ajaccio and the Prix de la Fondation Napoléon for the first of these, a Prix d'Histoire du Sénat for the second, and the Grand Prix du Livre d'Idées for the third.

[David A Bell’s Men on Horseback: The Power of Charisma in the Age of Revolution is out from Farrar, Straus and Giroux. Black Spartacus is published by Allen lane (£25). To order a copy go to guardianbookshop.com. Delivery charges may apply.]