food Its Leader Under Fire, a Southern Food Group Vows to Examine Racism

The University of Mississippi will commission an outside audit of the Southern Foodways Alliance, looking into its record on diversity, after calls for the group’s white director to resign. 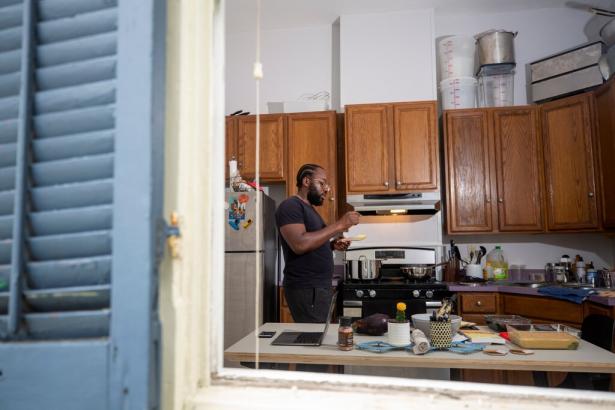 The chef Tunde Wey has asked Mr. Edge to step down and cede his position to a Black woman. , Credit: L. Kasimu Harris for The New York Times

Two months ago, several women and people of color who had worked for and supported the Southern Foodways Alliance, an association dedicated to the study and preservation of the region’s food and to healing its tortured racist history, called on John T. Edge, the influential white man who heads the alliance, to step aside.

On Tuesday night, a committee from the University of Mississippi, where the organization is based, gave them an answer in the form of a 1,500-word statement.

It mentioned Mr. Edge once, but did not address his employment. Rather, it called for an examination, including an outside audit, of how institutional racism and patriarchy affect both the university’s Center for the Study of Southern Culture — under which the Southern Foodways Alliance operates — and the alliance itself.

It noted an “urgent need” for the alliance to assemble a more diverse leadership team and staff, and called for a deeper examination of the relationship between the center and the alliance, which for 20 years has operated in a loose partnership with that more established academic body.

“A recurring pattern in the feedback we’ve received is that structural change is needed, and needed urgently,” the report said. “We agree.”

The 12-person committee, selected in part by Kathryn B. McKee, the director of the Center for the Study of Southern Culture, included faculty and staff members of the center and members of the alliance staff and board. (Mr. Edge is not on the panel.)

The panel’s statement was met with skepticism from people who, in letters to the alliance board and the university, had described an organization and leader whose work had been essential to the alliance but was now standing in the way of change.

“It’s a Band-Aid on a gunshot wound,” said Asha Gomez, an Atlanta-area chef who has been one of Mr. Edge’s critics.

“It’s filled with really strong and thoughtful intention, but the more I look at it there’s not really a clear action in this,” said Ronni Lundy, the Appalachian-food scholar and a founder of the alliance, who in June delivered a letter calling for Mr. Edge to step aside. “There is no answer to the pointed question, which is people asking for John T. to step down.”

Her letter to Mr. Edge and the alliance came in June, days after the chef Tunde Wey asked Mr. Edge to step down and cede his position to a Black woman. Mr. Wey made the request during a James Beard Foundation webinar that was something of a reprise of a 2016 column he and Mr. Edge wrote in The Oxford American, titled “Who Owns Southern Food?”

That article ran as an installment of Mr. Edge’s regular column, and he shared it with Mr. Wey, who is Black, as a device to explore white privilege and its impact on Southern food culture.

After the webinar and Ms. Lundy’s letter, former staff members and Southern cooks who had worked with the alliance came forward asking for Mr. Edge’s resignation.

Mr. Edge did not respond Wednesday to a request to comment. But in earlier interviews, he said he had embarked on a long-term plan to better endow the organization and pay for his replacement. Part of that eventually will come from a $1 million donation to the John T. Edge Southern Foodways Alliance Director Endowment that a retired California couple pledged earlier this summer.

The statement the alliance issued on Tuesday calls for an audit of the organization by an “external agency,” yet to be chosen, to examine the ways institutional racism and patriarchy have shaped — intentionally or not — the structure and programming of both the alliance and center.

“The coming reassessment is not symbolic,” the statement says. “It is not review for the sake of review, or dialogue for the sake of discussion. It is a deliberate effort to identify and implement a set of concrete, actionable recommendations that will address what we see as valid concerns about diversity, equity, and inclusion in the composition of S.F.A.’s paid staff; the leadership of S.F.A.’s general operations and year-to-year programming; and the structure of S.F.A.’s leadership.”

The criticism has been difficult for the alliance and its supporters, many of whom have energetically defended Mr. Edge and the work the alliance has done over two decades. Mr. Edge, 57, has been instrumental in creating an organization that offers a powerful stage for cooks, writers and academics who gather each fall for its symposium in Oxford, Miss. The alliance also has a prolific media arm that collects oral histories, produces documentaries and publishes scholarly food articles from the South.

Mr. Edge himself became a prolific author and a media star, whose writing on Southern culture have appeared in several publications, including The New York Times. He also has a television show on ESPN called “True South.”

The statement suggests that the alliance hire new people over the next several years to diversify its staff and redistribute decision-making power. But it notes that the university faces a pandemic-driven economic crisis, which includes a hiring freeze for the current academic year.