food What Is The Healthiest Way to Cook Vegetables

Boiled down, there are a few simple rules when it comes to the best way to eat your vegetables. Just as eating a variety of vegetables is a good idea, enjoying them in a variety of ways seems to maximize their health benefits. 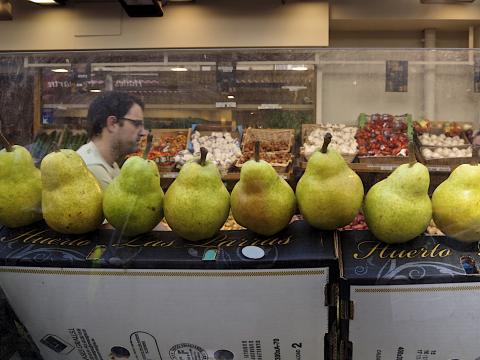 Vegetables are nature’s multivitamins. Eat a wide and colorful assortment of them, and you’ll pack your diet with an alphabet’s worth of vitamins, antioxidants, polyphenols and other healthful compounds.

But ask a food scientist if raw vegetables are healthier than cooked, and her face may start to twitch. “Your question is quite challenging,” says Nicoletta Pellegrini, a professor of food science at the University of Parma in Italy.

Carrots are sources of vitamins A, C and K, as well as niacin and folate. They also contain potassium, calcium and other minerals. But Pellegrini says their healthiest component may be carotenoids, the pigment that gives carrots (and many other vegetables) such splashy, vibrant colors. “In the case of fresh carrot,” she says, “carotenoids are present in cell structures but not easily available.”

By “available,” she means capable of being broken down and absorbed by your digestive system and put to good use in your body. Heating carrots helps break down its cell structures, freeing up those carotenoids so your body can access them, she says. But not all heating methods are equal.

In one of Pellegrini's studies, she and colleagues boiled, steamed and deep fried carrots to determine how each method would affect the food’s antioxidant content. When it came to carotenoids, boiling came out on top. “Boiling released the carotenoids from the cell structure, but they were not leached into the water,” she explains.

So boiled carrots all around? Not so fast.

Some of a carrot’s other healthful compounds—like vitamin C and antioxidant polyphenols—are water-soluble, so they leak out into cooking water when boiled, Pellegrini says. Unless you’re planning to sip that water once it cools, you’re better off steaming your carrots—as well as any other polyphenol-rich vegetables, such as artichoke—if you want to get those particular micronutrients.

Broccoli is another story. It and other members of the brassica group (cruciferous veggies like cauliflower and cabbage) contain a class of cancer-fighting chemicals called glucosinolates. But your body struggles to absorb these natural chemicals without help from an enzyme called myrosinase, Pellegrini explains. Myrosinase is present in raw broccoli, but cooking destroys it. So to ensure your gut has access to all those healthy glucosinolates, raw is best. However, other research shows you could eat just a bite or two of raw broccoli for some myrosinase, and then gently steam the rest—a method of cooking that actually boosts the broccoli’s quantity of glucosinolates by 17%.

One comprehensive study in the Journal of Food Science drives home why the question of “cooked or raw” is so thorny. A Spanish study team examined the effect of six different cooking methods on the activity and bioavailability of several antioxidants in 20 different vegetables. How much good stuff your body would absorb depended on the type of antioxidant, the type of vegetable and the specific cooking method. The authors concluded that microwaving, baking and cooking vegetables without oil in a heavy pan were the best methods for preserving antioxidants, while steaming and pressure cooking were worst.

Boiled down, there are a few simple rules when it comes to the best way to eat your vegetables.

“Speaking in general, we may say that raw vegetables are often more nutritious than cooked ones,” Pellegrini says. “However, I don’t like to pit raw diets against cooked ones.” She says the more people restrict their diets—by eliminating whole food groups or preparation methods—the less healthy they tend to be. “[People] must eat a lot of vegetables: raw and cooked,” she says.

Just as eating a variety of vegetables is a good idea, enjoying them in a variety of ways seems to maximize their health benefits.