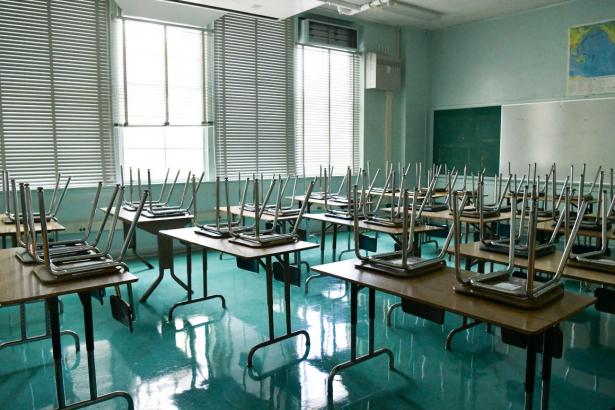 SACRAMENTO — The California Department of Education announced new anti-racism lessons and teacher training for school districts on Monday, days after President Donald Trump decried the notion of teaching slavery as a founding tenet of the U.S. and called for a more “patriotic education."

Superintendent of Public Instruction Tony Thurmond pointed to the police killing of George Floyd in May, bullying of Asian American students amid the coronavirus and a spike in anti-immigrant rhetoric and antisemitism since the 2016 election as reasons for the project.

“We have continued to watch unspeakable acts of racism play out on our television screens, whether it be police brutality or those who want to hold on to symbols that represent hate against African Americans that go back to slavery,” Thurmond said at a news conference announcing the optional materials. “At times, it just is so heartbreaking. Sometimes I’m not sure what to do. But in those moments, I’m reminded education continues to be one of our most powerful tools to countering hate.”

Last week, Trump said he would sign an executive order to establish a "1776 Commission,” a nod to the 1619 project, a New York Times Magazine production named after the year that the first slaves arrived in Virginia. The project has been adapted into a curriculum guide for schools to use, and focuses on the history of slavery as the root of systemic racism in the U.S.

Trump and other Republicans have tried to discredit the project and called similar teachings in schools a “twisted web of lies.” The president threatened to defund California schools that teach the 1619 Project in a tweet earlier this month.

Thurmond dismissed those threats on Monday, and supported the use of the 1619 Project in California schools. Trump does not have the power to mandate state school curriculum.

“I don’t know how else to say it, I thought that the president’s tweet was just ridiculous and reckless and irresponsible to in any way suggest that schools would somehow have their funding threatened for simply teaching the history and the facts that racism has existed in this country and that there are deep impacts from slavery,” he said.

The California Department of Education is also developing the nation’s first statewide ethnic studies curriculum model. A bill headed to Gov. Gavin Newsom’s desk would make that curriculum a graduation requirement for California high school students by the 2029-30 school year. Another bill signed by Newsom last month will require all undergraduate students in the California State University system to complete an ethnic studies course before graduation.

The new Education to End Hate initiative announced on Monday is designed to empower California’s more than 6 million K-12 students and teachers to “confront the hate, bigotry and racism rising in communities across the state and nation,” according to the state Department of Education.

The initiative will include a virtual classroom series on how schools can combat discrimination and provide districts up to $200,000 to support teacher training regarding anti-racism and bias. A handful of Democratic lawmakers have signed on to create additional paths for schools to address racism.

“While President Trump and Secretary DeVos try to implement some sort of revisionist history propaganda program in our schools, California is leading the way in using education to end bigotry, hate and racism,” Rick Zbur, executive director of Equality California, which will help offer professional development for teachers, said at a news conference.

Chair of the California Legislative LGBTQ Caucus, state Sen. Scott Wiener (D-San Francisco), accused Trump on Monday of trying to indoctrinate kids with his 1776 Commission. “We know that in 1776, Black people were generally slaves, women had no legal identity beyond their husbands and being LGBTQ was a capital offense,” he said.

The S.D. Bechtel, Jr. Foundation will fund the school grants, while the National Equity Project and the Simon Wiesenthal Center’s Museum of Tolerance have also signed on to help.

Mackenzie Mays covers education in California. Prior to joining POLITICO in 2019, she was the investigative reporter at the Fresno Bee, where her political watchdog reporting received a National Press Club press freedom award.