labor The CDC Softened a Report on Meatpacking Safety During the Pandemic. Democrats Want to Know Why.

A report from the CDC about safety procedures at a meatpacking plant whose workers were falling ill at an alarming rate early on in the pandemic is raising new questions about political interference at the agency.

October 2, 2020 Eli Rosenberg The Washington Post
Printer friendly
The CDC Softened a Report on Meatpacking Safety During the Pandemic. Democrats Want to Know Why. Published October 2, 2020 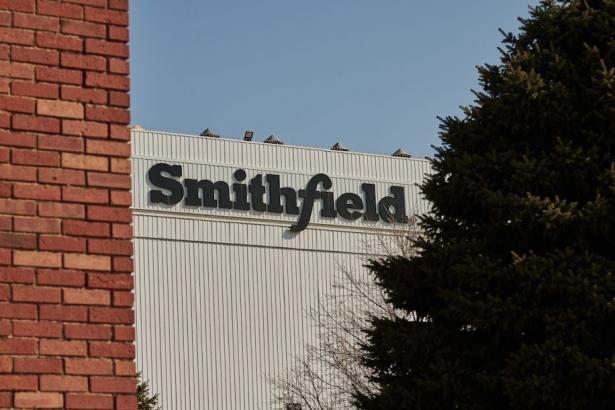 A report from the Centers for Disease Control and Prevention about safety procedures at a meatpacking plant whose workers were falling ill at an alarming rate early on in the pandemic is raising new questions from Democrats about possible political interference at the agency.

On April 22, the CDC issued a report with basic health recommendations to control the spread of the novel coronavirus at a meatpacking plant run by Smithfield Foods in Sioux Falls, S.D.

The original version of the report put forth these recommendations about worker safety, according to a copy acquired by The Washington Post. But the final report sent to the plant included language that had been softened with qualifiers such as “whenever possible” and “if feasible.”

The original version of the report put forth these recommendations about worker safety, according to a copy acquired by The Washington Post. But the final report sent to the plant included language that had been softened with qualifiers such as “whenever possible” and “if feasible.”

The plant, which slaughters and processes pork, was one of the biggest coronavirus hot spots in the United States around that time; 904 cases and two deaths were linked to the plant as of April 21, according to the Argus Leader.

Democratic members of the House Committee on Education and Labor say they believe political pressure from the office of CDC Director Robert Redfield explains why some of the language in the report was changed.

They, along with Democratic senators from the Committee on Health, Education, Labor and Pensions, sent letters to the CDC and the Agriculture Department this week to request more information about why the changes were made and whether Smithfield Foods or additional federal agencies were involved.

“Given the information we currently have, it appears as if politics played a role — ultimately leading the CDC to weaken critical workplace safety guidance putting workers’ lives at risk,” said Rep. Alma Adams (D-N.C.), the chairwoman of the subcommittee on workforce protections. “I am committed to finding out exactly who was involved in this decision, and why they did what they did.”

The CDC defended the move in a statement to The Post, saying the changes to the report better “reflected CDC’s status as a non-regulatory agency,” differentiating its role as a public health agency.

The report has been drawing attention for months, but it has come into focus recently amid questions about the ways in which political appointees at the Department of Health and Human Services have exacted pressure on scientific work at agencies such as the CDC and the FDA, at times in concert with the White House.

The report was written by six scientists from the CDC and one representative from the South Dakota Department of Public Health, which had requested the CDC’s help investigating infections at the Smithfield Foods plant.

The CDC, which visited the plant, noted some accommodations were being made to promote worker safety at the plant, such as temperature screenings and social distancing. And the CDC report suggested many recommendations of its own, such as reducing employee density in nonwork areas, staggering shifts and altering workspaces to further reduce close contact among employees.

The qualifying phrasing in the CDC report also showed up in the guidance for all meatpacking facilities in the United States that was released jointly by the agency along with OSHA just a few days later.

A few examples include: “Use physical barriers, such as strip curtains, plexiglass or similar materials, or other impermeable dividers or partitions, to separate meat and poultry processing workers from each other, if feasible”; and “Modify the alignment of workstations, including along processing lines, if feasible, so that workers are at least six feet apart in all directions (e.g., side-to-side and when facing one another), when possible.”

The original version of the Smithfield report, which was first reported by MSNBC host Rachel Maddow, does not include the same amount of qualifying language.

For example, the words “feasible” and “possible” were used twice and 11 times in the original report. In the final report, the words were used nine and 20 times, respectively.

The final version of the report also included two new paragraphs that critics say weakened it, including this one: “The recommendations in this memorandum are steps that Smithfield Foods may want to consider implementing to address the conditions we identified at the plant. These recommendations are discretionary and not required or mandated by CDC.”

“This is really unprecedented, in at least the decades of work I had,” said former OSHA official Deborah Berkowitz, a worker safety expert at the National Employment Law Project. “Reports were always based on experts and scientists’ findings about how to mitigate whatever hazard they were facing. This is clearly a case of the science being rewritten to appease political interests. … And the result is that more workers got sick and died in the industry.”

Tom Frieden, who led the CDC between 2009 and 2017, expressed a similar sentiment.

“The edits made are clearly meant to clearly weaken the recommendations put forth by the CDC,” he said in an emailed statement. “Adding ‘if feasible’ and ‘if possible’ in many places reduces the strength of recommendations and also protects the company from liability.”

House Democrats say they believe that the report was edited because of political pressure.

During a hearing last week, Sen. Tammy Baldwin (D-Wis.) asked Redfield why his office “demanded that the recommendations be watered down.”

“I wouldn’t characterize it the way that you did,” he said, noting that the CDC does not have the power to regulate workplaces, as the Department of Labor and the Occupational Safety and Health Administration do. “We wanted to make clarification to make sure people understood ours was a recommendation and not a regulatory requirement.”

He also said he had not consulted with Smithfield, the White House or the USDA about the report.

However, congressional investigators have been looking at the disclosure of an April 22 phone call between Redfield and Agriculture Secretary Sonny Perdue.

“The CDC Director and USDA Secretary have infrequent, but regular communication on issues related to public health and the intersection with food systems and agriculture,” the CDC wrote in an email to a House Democrat’s staffer this summer, disclosing the call. “To the extent that they discussed the report, the content of that discussion would be considered pre-decisional.”

House Democrats noted in their letter to federal officials on Monday that Redfield’s testimony seems to be in contradiction with the facts of the April 22 phone call.

In a statement distributed by spokesman Paul Fulton, the CDC said that it changed the text of the report to Smithfield because the original version “appeared regulatory in tone.”

“The final memo more accurately reflected CDC’s status as a non-regulatory agency and was the result of the critical review process at the agency,” the CDC statement said.

Attention on the report has grown amid scrutiny of the Trump administration’s track record on worker safety during the pandemic.

“ ‘They may.’ ‘If feasible.’ ‘If possible.’ But nobody says, ‘You have to do this,’ ” said Mark Lauritsen, director of the food processing, packing and manufacturing division at the United Food and Commercial Workers, which represents workers at the Smithfield plant. “That’s been the problem since day one of the pandemic. These agencies controlled by the Trump administration are not putting the interests of the workers first — they’re putting the industry first.”

Smithfield Foods declined to answer questions about whether it had any involvement with the report but said it had invested more than $500 million in safety efforts at its many facilities in the United States.

“In navigating the extremely challenging circumstances caused by the virus, we have opened our facilities to government health and safety experts and scientists, and we have worked to ensure measures are in place to keep employees safe while we continue to produce food,” Keira Lombardo, Smithfield’s executive vice president for corporate affairs and compliance, said in a statement. “To be very clear, we implemented CDC recommendations and guidance whether those recommendations and guidance are mandatory or not.”

OSHA, the federal agency charged with upholding worker safety, has defied worker advocates and appeased business groups by declining to issue a coronavirus safety standard for companies to adhere to.

Instead it has issued recommendations that are similarly softened with phrases like “if feasible.”

While complaints about safety issues have poured in to the agency — it has received 9,139, according to recent data — it has only issued a handful of citations.

It recently cited Smithfield for its plant in South Dakota, where at least 1,294 workers have tested positive for the novel coronavirus and four have died, for one violation of failing to provide a workplace free from recognized hazards. Smithfield has said it plans to contest the $13,494 citation, calling it “without merit.”

Workers, union leaders and worker safety groups have said they are outraged at the paltry dollar amount of the fine, as well as a similar one given to another meatpacking plant, where 290 workers tested positive and six died, which they say barely amounted to slap on the wrists for the two multibillion-dollar companies.

The South Dakota Department of Public Health referred inquiries to the CDC.