State interference in local policymaking prevents people of color, women, and low-income workers from making ends meet in the South 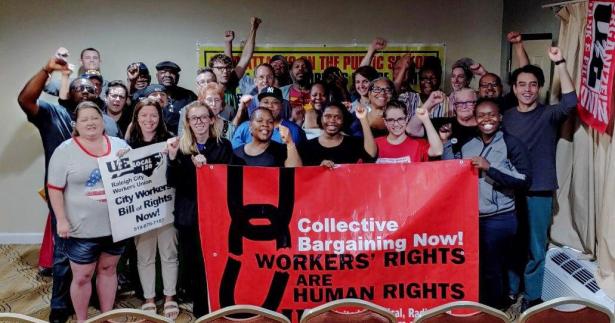 Preemption is more prevalent in the South and is embedded in a racist history.

Preemption limits cities’ ability to protect their residents from the pandemic.

Case studies. In this report, we use case studies to (1) document the practice, and establish a pattern of, misusing state preemption and (2) explore the adverse implications of this state interference on workers.

Compelled by state and federal inaction, local governments throughout the country are tackling some of the most pressing issues of our time—from public health and safety, to climate change, to protecting workers’ rights and promoting broad-based economic security. And now, local governments in many states are leading the fight for stronger public health protections against COVID-19—through mask mandates, stay-at-home orders, and paid leave provisions, among other actions.

However, in every state in the South, conservative state lawmakers have long used preemption—state laws that block, override, or limit local ordinances—to stifle local government action, often under pressure from corporate interests and right-wing groups like the American Legislative Exchange Council (Cornejo, Chen, and Patel 2018). Through preemption, state lawmakers have obstructed local communities—often majority Black and Brown communities—from responding to the expressed needs and values of their residents through policies strengthening workers’ rights. Even in the context of COVID-19, state governors have taken action to preempt local measures, like masking orders, that would do more to keep vulnerable people safe.

In this report, we first look at the historical context behind preemption in the South. We track current-day preemption of workers’ rights back to state-sanctioned policies and practices rooted in racism and designed to uphold white supremacy—practices begun in the post-Reconstruction era that disproportionately disadvantage not only Black and Brown workers but also women and low-income workers.

After establishing these historical foundations, we turn to specific case studies that illustrate the wide range of worker’s rights issues on which state policymakers are interfering with local democracy and—taken in the aggregate—have preempted progress throughout the South. To the extent that the data allow, we show the specific impacts state interference has on people of color as well as women and low-income workers. For each case study, we detail the demographics of the city or county compared with those of the state, illustrating how, across the former states of the Confederacy, the voices of people of color are being suppressed by disproportionately white state legislatures (see appendix tables).

Case studies in this report

In most of the case studies, state policymakers directly preempted a specific local ordinance that was passed or that was under consideration, stripping localities of the power to adopt the ordinance in question. In some cases, state policymakers acted proactively, passing laws to prevent local policymakers from enacting or considering certain types of ordinances. Again, we make the case that this disparate effort across states and issue silos are all connected, driven by the same goal of limiting the economic, political, and social power of people of color, women, and low-income workers.

Finally, we discuss how the current COVID-19 pandemic is disproportionately harming the same communities that have been preempted from taking local action, limiting their ability to effectively combat the public health crisis.