Why America’s Economic War on China is Failing

By attempting to reorient world trade away from China and to the United States, the U.S. is therefore attempting to lock other countries into subordination to its own very low growth instead of the much more rapidly growing economy of China. 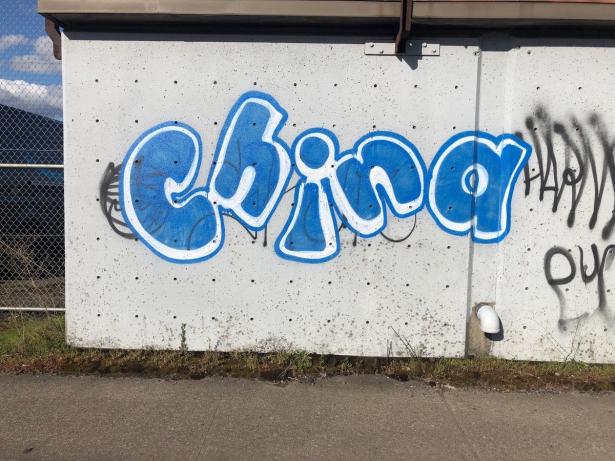 U.S. President Donald Trump—supported by most of the U.S. establishment—deepened the U.S. government’s assault on the Chinese economy. The “trade war” seemed to play well with Trump’s political base, who somehow hoped that an economic attack on China would miraculously create economic prosperity for them. In 2018, Trump slapped tariffs on more than $200 billion worth of various Chinese goods. Then, Trump’s administration went after Chinese high-tech firms such as Huawei, ZTE, ByteDance (the owners of TikTok), and WeChat.

None of this has worked very well. Trump faces negative legal judgments about his “trade war,” and the U.S. economy slips into negative territory. It is not just Trump. Both the Republican Party and the Democratic Party are committed to a policy that will not cause China to surrender to U.S. ambitions. Whether or not the U.S. can backtrack from this policy orientation and begin a dialogue with China remains to be seen; doing so would be, of course, desirable.

Legal challenges in the World Trade Organization (WTO) and in the U.S. District Court for the Northern District of California went against the Trump administration. This is a setback for the policy orientation of the U.S. government.

After Trump announced the tariffs against a wide range of Chinese imports, the Chinese government formally took up the matter through the WTO’s dispute mechanism. After considerable study, the WTO came back with a verdict. On September 15, 2020, a three-person WTO panel found that the U.S. had violated the provisions of the 1994 General Agreement on Tariffs and Trade (GATT), the treaty that established the WTO. This was a serious defeat for the United States; the Trump administration has 60 days to file an appeal.

The United States government does not like to lose. U.S. Trade Representative Robert Lighthizer released a statement condemning the ruling. “This panel report,” Lighthizer said, “confirms what the Trump administration has been saying for four years: The WTO is completely inadequate to stop China’s harmful technology practices.” The U.S. has paralyzed the WTO’s ability to hand down a final binding verdict, as the WTO’s appeals court is currently no longer functioning because of Washington’s refusal to accept new members for it.

In 1994, the U.S. pushed for the creation of the WTO, wrote many of its rules, and brought China into the WTO in 2001. Because the U.S. felt in command of the world, the WTO worked to advance its interests; now that China’s economy has grown in strength, the U.S. finds the rules of the WTO to be burdensome. Free trade is only useful to governments such as the U.S. when it is beneficial to its companies; the principle of free trade is otherwise easily rejected.

Even within the U.S., there is doubt about Trump’s policies. A judge signed an injunction to halt Trump’s attempt to prevent U.S. residents from using WeChat as a means to communicate with people in China. Pressure on TikTok may also dissipate after the U.S. elections.

A senior analyst at the Federal Reserve Bank of St. Louis says that the economic impact of the “chaotic” lockdown in the U.S. will create major disruptions for at least a generation. It is unlikely, he says, that the U.S. will be able to “recover easily.” When asked about China’s recovery, he said that so far things look much better. But any persistent reliance of China upon the U.S. market will have a negative impact on China’s growth.

China has essentially broken the chain of the COVID-19 infection, although the authorities remain vigilant for new outbreaks; in the U.S., it is hard to talk about a second wave since the first wave has not yet crested.

What this has meant is that as early as the second quarter of 2020, China’s gross domestic product (GDP) rose to 3.2 percent above the level a year previously; meanwhile, the GDP of the U.S. fell by 9 percent below last year’s level. China is already on the way to recovery, while the U.S. does not even know if the infection has peaked or not.

As a result of China’s much more dynamic economic recovery, China’s trade is recovering much more rapidly than that of the United States. This is clear for imports—which for other countries are their exports. In July, the last month for which there is data for both the U.S. and China, China’s imports had almost regained pre-pandemic levels—being only about 1 percent lower than a year previously. In contrast, U.S. imports were still about 11 percent below a year previously.

The result of these trends is that China will be the center of world economic recovery from the COVID-19 recession—while the U.S. will contribute almost nothing to it.

The latest global projections of the IMF indicate that in 2020-2021, China will account for the absolute majority, 51 percent, of world growth, and the U.S. for only 3 percent—and the latest IMF predictions for the U.S. indicates that this may be an exaggeration of its growth. Most of the other contributors to world growth according to the IMF analysis will be Asian economies who have strong trading relations with China—South Korea, Indonesia, the Philippines, Vietnam, and Malaysia.

To analyze the global situation, the impact of the COVID-19 crisis has a very dramatic impact on the pattern of development of the world economy as divided between developing and advanced economies. The data in the IMF’s projections show that by 2021 GDP in the advanced economies will still be 3.6 percent below its level in 2019 while in the developing economies it will be 2.7 percent above 2019. This is a major distribution of world economic growth in favor of developing economies and against advanced ones.

By attempting to reorient world trade away from China and to the United States, the U.S. is therefore attempting to lock other countries into subordination to its own very low growth instead of the much more rapidly growing economy of China. This is evidently strongly damaging for other countries’ economies.

John Ross is a senior fellow at Chongyang Institute for Financial Studies, Renmin University of China. He was formerly director of economic policy for the mayor of London.

The CounterPunch website is offered at no charge to the general public over the world wide web. New articles are generally posted every weekday. A batch of several articles, including the Poet’s Basement, and Roaming Charges by Jeffrey St. Clair, are posted in the Weekend Edition. After the initial posting, these articles are available in the archives which can be searched by using any of the search boxes on the website.  CounterPunch also publishes books, and published a newsletter and magazine from 1993 to 2020.  The CounterPunch+ Member Area of our website features members-only content and access.

This article was produced by Globetrotter, A project of The Independent Media Institute. IMI is a nonprofit organization that educates the public through a diverse array of independent media projects and programs. We work with journalists and media outlets to shine a spotlight on stories that are vital to the public interest, using multiple media formats and distribution channels.. Globetrotter lifts up the voices of journalists who are themselves megaphones for those who are struggling in the continents of Africa, Asia, and Latin America to make a world free of suffering. Click HERE to support IMI.