Biden delivers a strong performance as Trump displays his sneering lack of empathy. 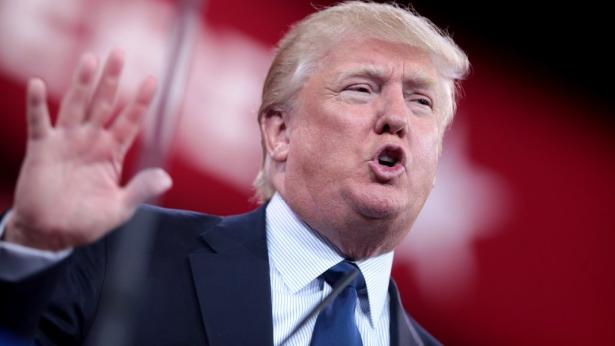 Aren’t you glad the debates are over?

Moderator Kristen Welker of NBC did an admirable job of controlling the candidates, with a little help from a much-appreciated mute button. Unlike Chris Wallace of Fox News, who was overrun by candidate bickering, and especially by a bombastic President Donald Trump, Welker reined in the cross-talk and kept things moving while keeping her cool.

That was an achievement, especially when Trump compared himself to Abraham Lincoln and informed the first Black woman to moderate a presidential debate since 1992 that he was “the least racist person in the room.”

Trump was Trump. He declared that the pandemic is about to “go away.” He praised himself—”I have been congratulated by many countries on what we have been able to do.” He claimed, falsely, that a COVID-19 vaccine will be ready in a matter of weeks. And he tried to bait former Vice President Joe Biden with conspiracy theories that rile up his base but that landed like rocks in the reality-based world of prime time network news.

Say what you will about the bland, truth-is-in-the-middle, mainstream media, listening to Trump rant about Biden’s payments from China and hidden laptops should make everyone appreciate what remains of U.S. journalism, as distinct from Fox News, talk radio, and the dark web.

Brace yourself. If the collapse of news and the rise of America’s separate alternative realities keep going, we might not have the check on our lying, self-aggrandizing leader so deftly provided by Welker—or, for that matter, 60 Minutes’ Lesley Stahl—by the time the next set of presidential debates rolls around.

Shortly before the debate started, Trump released his own video of Stahl’s White House interview with him, attempting to stoke outrage at her rudeness for asking him tough questions. But as Stahl explained to Pence during that interview, it was her job to be tough, and the president and vice president’s job to answer to the public, not deliver a campaign speech.

The great value of both presidential debates and the single vice presidential debate was not so much the candidates’ back-and-forth, but the moderators’ reality check on Trump and Pence. It was a rare moment of accountability, after all the cancelled White House press briefings, all the talk about “fake news,” all the false statements at rallies, and the increasing separation between reality and Trump World.

Not that Trump answered the questions. But just seeing him confronted with the facts was a breath of fresh air.

Welker: “You say a vaccine is coming within weeks. Your officials say it could take well into 2021.”

Trump said the experts are wrong.

Welker: “You called Fauci, the best known infection disease expert, a ‘disaster.’ You described medical experts as ‘idiots.’ If you are not listening to them, who are you listening to?”

Trump said he gets along fine with Fauci.

When Welker asked Trump if he understands why Black parents must tell their children to be careful in encounters with the police, and why they fear for their children, he came up empty. First he attacked Biden for his crime bill vote in the 1990s, then he declared, “Nobody has done more for the Black community than Donald Trump . . . with the possible exception of Abraham Lincoln.”

Biden, who had a strong debate performance overall, got off one of his best lines when he shot back: “Abraham Lincoln here is one of the most racist presidents in modern history.”

Trump spouted nonsense about how he will come up with a plan to allow people with pre-existing conditions to keep their health-care coverage, even as he leans into the effort to destroy the Affordable Care Act.

Here, too, Biden responded with a good quip: “I guess we’re going to get his pre-existing condition plan at the same time we get his infrastructure plan.”

Perhaps the most serious, and telling, moment in the debate came when Welker asked Trump about the more than 500 children who were taken from their parents at the border, under the Trump Administration’s family separation policy, and whom the government has been unable to reunite with their parents because it can’t find them.

Trump at first deflected the question, claiming that the children were brought not by their parents but by “coyotes and lots of bad people.” Then he tried to blame the policy on Biden, saying the cages where the U.S. government put the children were built during the Obama Administration.

But family separation was a Trump administration invention—the evil brainchild of anti-immigrant hate-monger and top Trump adviser Stephen Miller. Finally, Trump said the places where the children are living are “very nice” and “very clean.”

Never did he express the slightest concern for the wellbeing of the children subjected by his administration to what has been deemed torture.

Trump’s reply was: “He’s not from Scranton.”

Biden responded to Trump’s attacks on his son Hunter Biden and his claims that the Biden family is embroiled in scandal by calling it “malarkey.”

“It’s not about his family and my family, it’s about your family . . . you’re getting hurt badly,” Biden said, speaking into the camera as he described middle class families who have to choose between new tires and paying for community college.

In response, Trump mocked Biden, calling him a “typical politician” for talking about “the family, sitting around the table . . . Come on, Joe. You can do better than that.”

Trump was right that Biden’s kitchen table story was formulaic, but far more striking was Trump’s sneering lack of empathy for the people Biden was addressing. He can’t even fake compassion.

There were some unintentional light moments, like when Trump, sounding like a deranged Don Quixote, ranted about “windmills” and warned that Biden’s energy-efficiency plan would eliminate windows.

But overall the ugliness of Trump the preening, callous, bullying ignorance of the man—was hard to watch.

In their closing statements, Welker asked each candidate what he would say, on Inauguration Day, to the people who didn’t vote for him. Trump took the opportunity to slam Biden and predict disaster.

“I am cutting taxes, and he wants to raise everybody’s taxes, and he wants to put new regulations on everything,” Trump said. “He will kill it. If he gets in, you will have a depression the likes of which you have never seen. Your 401(k)s will go to hell and it will be a very, very sad day for this country.”

Biden, in contrast,  called on America to be it’s best self. He said he would be the President for everyone, “whether you voted for or against me,” and promised to choose “science over fiction, hope over fear.”

“What is on the ballot here is the character of this country,” Biden concluded. “Decency, honor, respect, treating people with dignity—I’m going to make sure you get that . . . You haven’t been getting it the last four years.”

This article first appeared in the Wisconsin Examiner.

Ruth Conniff is editor-at-large for The Progressive magazine, and editor in chief of the Wisconsin Examiner.