Some protesters face stacked charges and threats of deportation; others have been charged with police assault with no reports of injuries 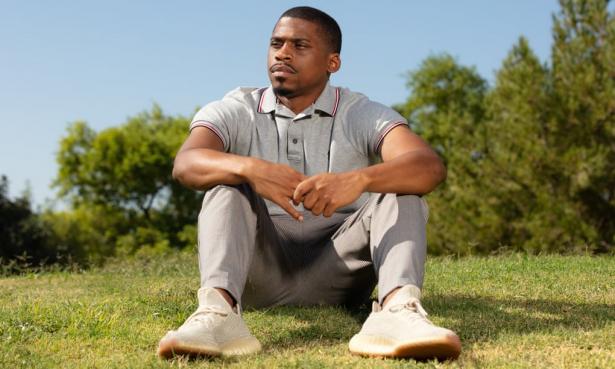 Lee Percy Christian III didn’t think Arizona law enforcement could stop him from protesting – until they locked him up indefinitely.

Earlier this month, Christian, 27, was arrested for “unlawful assembly” after a Black Lives Matter protest in Phoenix and jailed without bond because of outstanding charges from previous demonstrations. Prosecutors later suggested bond be set at $100,000. Christian’s lawyers and a judge agreed he could be released on a lower bond – if he didn’t participate in future public protests.

Christian was mortified, but agreed to sign away his right to protests so he could leave jail – he had spent nine days locked up. “I’m guilty until proven innocent,” he said recently on the phone. “We’re in a police state, and the last thing the police want is for me to be out there using my voice.”

Since the killing of George Floyd in Minneapolis in May, millions of Americans have marched in cities big and small to protests racial violence and police brutality. The demonstrations have been overwhelmingly nonviolent, yet in many jurisdictions law enforcement has responded with force. Tens of thousands of demonstrators, activists and BLM supporters have been arrested.

More than five months since the start of the unrest, hundreds of these protesters have been slapped with serious charges by federal and local prosecutors, according to researchers and a review of court data. Some protesters have faced stacked charges and threats of life sentences. Others have been charged with “assaulting” police officers where there’s no evidence of violence and no reports of injuries. Some arrested protesters have been transferred to immigration authorities.

The crackdown comes as Donald Trump, eager to put Democrats on the defense, has ramped up warnings about Black Lives Matter, anti-fascists and the “far left” in the lead up to the election. He has called BLM a “symbol of hate” and claimed without evidence that “Antifa” will “attack your homes”.

A crackdown from the ‘top levels of government’

Research has shown that the vast majority of BLM-related demonstrations this year have not involved damage to property, harm to people or ties to extremist groups. In fact, physical force at protests has typically come from militarized police units, and the FBI continues to regard white supremacists and far-right groups as the most lethal domestic terror threat.

Still, federal prosecutors have doubled down on cases involving leftist protesters. From the end of May through October, federal prosecutors have filed more than 300 felony cases related to protests, according to The Prosecution Project (TPP), a research group that tracks political violence. Of those 300, roughly 30% are in Oregon (where nightly protests have received national attention), 9% in New York, 7% in Pennsylvania and 6% in Minnesota.

There are cases in at least 25 other states. The most common allegations include arson, illegal firearm possession, rioting and interfering with officers. Some involved incidents where property was damaged or destroyed during unrest in Portland, Minneapolis, Philadelphia and other cities.

The vast majority involve defendants tied to leftist actions such as BLM or anti-fascism, though a small handful have far-right affiliations, according to Michael Loadenthal, director of the project and a Georgetown University professor.

Loadenthal noted several other patterns. Prosecutors have classified at least 80 cases as involving “interstate” crimes, a move that increases the potential sentence. But the justifications for this enhancement were sometimes flimsy.

A protester in Jacksonville, Florida accused of using a Patron bottle as a weapon was charged with a crime affecting “interstate or foreign commerce”, because Patron liquor is made in Mexico. A protester accused of vandalizing a police car in Utah had charges classified as “interstate” because the car was manufactured in Canada and used on interstate highways.

It was also unusual to see the federal government devote such extensive resources to investigating these cases, Loadenthal said, with nearly a dozen different agencies working together, in some cases arresting people at their homes after the protests. The DoJ has further pursued misdemeanors, and publicized these cases, which is also atypical at the federal level, he added.

Michael German, a former FBI agent and fellow with the Brennan Center for Justice, said federal prosecutors have targeted leftist protesters more intensely than far-right activists. “Clearly, there is an effort that is directed from the top levels of the justice department to target protesters more aggressively if they are Black Lives Matter, anti-fascist, anti-racist,” he said.

A DoJ spokesperson declined to comment, but noted that a recent agency memo encouraging US attorneys to pursue specific charges related to “violent riots”.

The Prosecution Project also tracked more than 500 felony cases connected to protests filed by state and local prosecutors, Loadenthal said. There are likely many more.

Although some district attorneys have declined to prosecute protest cases brought to them by municipal police departments, other local prosecutors’ offices have repeatedly partnered with police to bring charges.

One such district is Arizona’s Maricopa county, which includes Phoenix and its surrounding cities, where activists say county attorney Allister Adel’s aggressive response to local BLM activists has felt like an attempt to silence them.

The local protests have been fierce, fueled by anger at the Phoenix police department over the deaths of several civilians and a string of abuse and excessive force scandals. Bruce Franks Jr, a former Missouri state representative and prominent Ferguson activist who now lives in Phoenix, was arrested at a small demonstration honoring Michael Brown on 9 August, and booked into jail on 13 counts, including assaulting officers.

Franks, 36, said officers abruptly grabbed him as he tried to de-escalate tensions that had erupted when a line of officers approached with heavy riot gear and shields. In police files reviewed by the Guardian, officers wrote that a supervisor had advised them to take Franks into custody, noting that he was an organizer. Police shouted at Franks to stop resisting, even though one officer noted he heard Franks respond “OK” as he was arrested.

A judge dismissed a majority of Franks’ charges, but the Maricopa county attorney’s office convened a grand jury to indict him, a process that allows for a closed-door proceeding. He now faces police assault charges even though officers’ reports make no mention of him causing specific injuries. Franks, who has since filed a claim against the city, noted he has never faced felonies like this in his six years of protesting.

Arizona law gives wide latitude to allege assault on officers even when no injuries have occurred, criminal defense lawyers said. “All you gotta do is sneeze wrong, and it’s ‘assault’,” said Franks.

“We have so many laws on our books that if prosecutors want to get a charge, they’ll get a charge,” said Kate Levine, a professor at Cardozo Law and expert on district attorneys. Prosecutors face minimal oversight, and many of their calculations are political, she added: “They base their decisions on what is going to get them elected. And police have tremendous power over DA elections.”

Lee Percy Christian III said he started protesting in Phoenix this summer because he was sick of watching videos of police killing Black men. He didn’t think police could legally find a way to stop his demonstrations, until this month when prosecutors fought to detain him indefinitely.

Prosecutors later suggested a $100,000 bond and, in an initial hearing, Christian’s lawyers said they would advise him to avoid protests because they feared police would continue to target him and file false charges. The judge agreed to lower the bond to $1,000 – if Christian agreed to “no public protests” as a formal release condition. The judge acknowledged it was not a “normal” order, adding, “I’m not trying to put a full silence on you in any way. Really, I don’t want to see more charges.”

Christian said it was hard to accept losing certain first amendment protections, but he was anxious to leave jail: “It hurts. I don’t want to give up my rights. This is intimidation.”

Now, he’s trying to figure out how to stay engaged while avoiding street protests: “I don’t want to risk my life. My goal is not to end up in prison because of this movement. My goal is to see change – and I can do that better if I’m not on the inside.”

Adel is up for election next month in a county that voted for Trump. Her spokeswoman declined to comment on specific cases, but noted that the courts and Christian’s attorneys ultimately decided his release conditions. She said there were assault cases “where officers received injuries”, but did not provide specifics. Prosecutors pursue charges and indictments when there is a “reasonable likelihood of conviction”, she added.

Máxima Guerrero, a well-known migrant rights activist in Phoenix, was arrested at the end of May when she, along with more than 100 BLM supporters and people in the vicinity, was taken into custody. She was transferred to US Immigration and Customs Enforcement (Ice) custody, because she is a Deferred Action for Childhood Arrivals program (Daca) recipient. Suddenly, she was threatened with deportation to Mexico.

She was released after intense backlash from the community, but forced to wear an ankle monitor as her Ice case moved forward. Her protest charges have since been dropped, which means she is no longer threatened with deportation, and her ankle monitor was removed. But uncertainty and fear has lingered: “I go through phases where I don’t want to talk about it all. There’s a continuous toll.”

Phoenix police declined to comment on specific protesters’ cases, but said the people arrested “were involved in criminal activity”.

Lives derailed as cases drag on: ‘how do I survive this?’

In California, 20-year-old activist Tianna Arata’s life was turned upside down after she helped organize a demonstration in San Luis Obispo, on the central coast, on 21 July.

The college student mobilized after the local sheriff said he had “never seen any indication that systemic racism exists in this county”. Her group marched onto a highway and there were no conflicts with police, she said.

Once the protest was over, however, officers surrounded Arata and took her to jail, she said, accusing her of multiple felonies including “false imprisonment”and conspiracy. The local prosecutor is pursuing 13 misdemeanors against her.

“I was so shaken. Every single protest I’ve ever had any part in, I loudly advocate for nonviolence,” she said. “But they are depicting me as this horrible, evil criminal and trying to ensure jail time.”

After media outlets covered the charges against her, she faced an avalanche of racist hate, she said. Her address was leaked online and people even showed up to her home shouting slurs, she said. She has moved away from the region altogether: “I was just focused on how do I survive this?”

Police declined to comment, and the district attorney did not respond to inquiries.

The crackdown has had a chilling effect on others in San Luis Obispo who are now scared to protest, Arata said. The only silver lining, she noted, is that she now has a larger platform to speak out.

“It’s made me realize my work is so far from done,” she added.

Sam Levin is a correspondent for Guardian US, based in Los Angeles. Click here for Sam's public key. Twitter @SamTLevin.  Maanvi Singh is the Guardian's West Coast political reporter, based in San Francisco. Twitter @maanvissingh