books In Defense of Knowledge

This new book, by the head of the Bodleian Library in Oxford, is a timely warning. "Its tone is set early on, with an epigraph from Heinrich Heine," writes reviewer Larman: “Wherever they burn books, they will also, in the end, burn human beings." 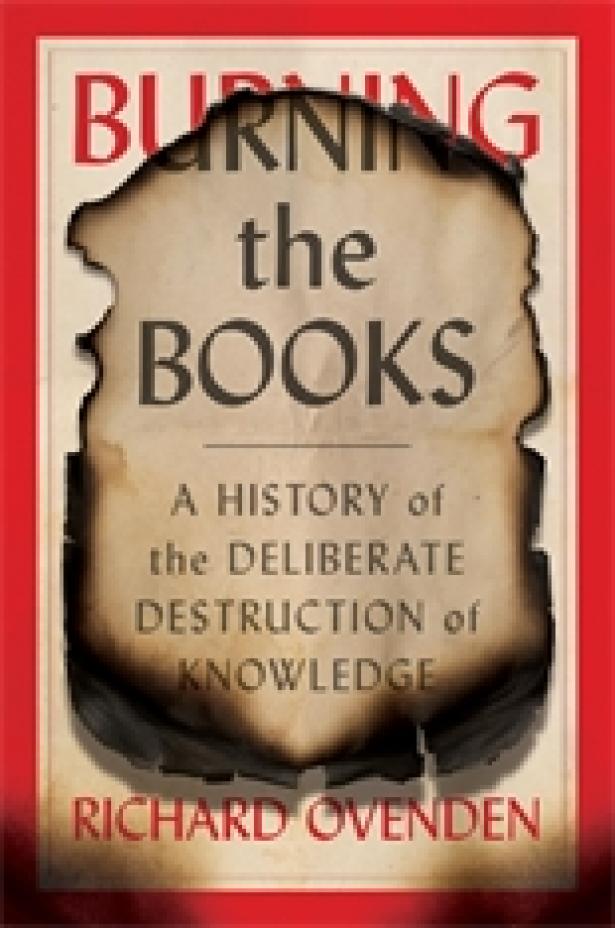 Here is a custom that exists, today as it did four centuries ago, that anyone who wishes to enter the Bodleian Library in Oxford as a reader is obliged to make a formal declaration of how they will and will not behave. In addition to promising that they will not remove any book, or “mark, deface, or injure in any way, any volume, document or other object belonging to it or in its custody”, it is expressly forbidden to “bring into the Library, or kindle therein, any fire or flame”. The original impetus behind this was to prevent cold scholars (and dons) from creating makeshift pockets of warmth in the library’s draughty corridors, but the guiding principle has always been the preservation of its books.

Richard Ovenden has been the Bodleian’s librarian since 2014: he is in ultimate charge of the institution’s 13 million volumes and countless archives, manuscripts and printed material. He is only the twenty-fifth of Bodley’s librarians, as they are known, since 1599. Ovenden has been praised for his high-minded and forward-looking approach to the Bodleian, where he has worked since 2003; it was he, for instance, who was the recipient of Alan Bennett’s decision to donate his archive to the Bodleian in 2008.

His book is a passionate defence of the sanctity of knowledge expressed through literature. Its tone is set early on, with an epigraph from Heinrich Heine: “Wherever they burn books, they will also, in the end, burn human beings.”

Ovenden’s thesis is that books can be destroyed literally, as they were by the Nazis, or symbolically, when their contents are either made unavailable or systematically robbed of their authority. As he states, in an era of fake news and “alternative facts”, it is hard not to conclude that “the truth itself is under attack”. His impetus for writing Burning the Books was anger at the way in which libraries and archives, once the acknowledged repository for knowledge, have been marginalised. This stands in notable contrast with the veneration that librarians and archivists have been held in during previous eras; the head librarian of one of the few institutions that can compare to the Bodleian for prestige and history, the Great Library of Alexandria, includes scholars such as Apollonius of Rhodes and Aristophanes of Byzantium.

As Ovenden reminds us, “Throughout history, libraries and archives have been subject to attack. At times librarians and archivists have risked and lost their lives for the preservation of knowledge.” The desire to retain the knowledge of an age, or a society, makes the role of a librarian or archivist a quasi-heroic one at times, even if, as Ovenden correctly observes, “Not everything can or should be kept … the idea that every document can be kept is economically unsustainable.”

His narrative starts with the Greek general Xenophon observing the ruin of the cities Nimrud and Nineveh, and ends with a wary look at the future of digital archiving, which might appear to be a one-size-fits-all solution to preserving society’s knowledge, but is equally susceptible to be mined by the unscrupulous and amoral as “data” in secretive and opaque fashion.

Along the way, Ovenden deals with several well-known tales and anecdotes in a brisk and authoritative fashion. The story of the levelling of the Library of Alexandria is dismissed as a fiction, or “a collection of myths and legends that the popular imagination continues to cling to”. Rather than one cataclysmic event, Ovenden describes it as “a cautionary tale of the danger of creeping decline, through the underfunding, low prioritisation and general disregard for the institutions that preserve and share knowledge”.

If this sounds similar to his horrified reaction to the hundreds of libraries that have been forced to close in the past decade because of local authority cuts, Ovenden would undoubtedly argue that the ignorant desire to destroy knowledge remains a universal impulse, both in the ancient world and today.

As befits its grave subject, this is a serious and scholarly book, without many moments of levity, although the author’s passion and authority come across on every page. Ovenden writes of abbeys’ libraries being desecrated in the Reformation, which he calls “in many ways one of the worst periods in the history of knowledge”, and of countless priceless books and manuscripts being treated no better than wastepaper. It was partially in response to this that Thomas Bodley established the library in Oxford that bears his name. The philosopher Francis Bacon gratefully called the Bodleian “an ark to save learning from the deluge”.

It was not the first collection of books and manuscripts in the city, though many of these were lost in the sixteenth century, under the orders of Edward VI, but Bodley’s stated determination to “make it fit, and handsome with seats, and shelves, and desks and to help furnish it with books” made it the excellent place it remains.

Ovenden allows his scholarly mien to soften while describing the Bodleian’s single greatest illuminated manuscript, the Romance of Alexander, of which he evocatively writes: “Even after seventeen years at the Bodleian, this volume still sends a shiver of delight down my spine — the sensory pleasures of the glimmering gold leaf, and the rich pigments brightening the page in combination with the beauty of the script, and the heavy sound that the large sheets of parchment make as you turn the pages.” It later proved a direct inspiration for William Morris, and arguably the entire pre-Raphaelite movement.

Reading Burning the Books is, by turns, a distressing and illuminating experience. It is distressing because Ovenden shows humanity at its philistine worst throughout history, most particularly in the chapters dealing with the desecration wrought by the Nazis and during the Iraq war. But it is also illuminating because of his partisan celebration of those figures like Bodley who have prized the written word and its preservation as being a civilised end in itself.

Alexander Larman is an author and journalist. His latest book is Byron’s Women (Head of Zeus).