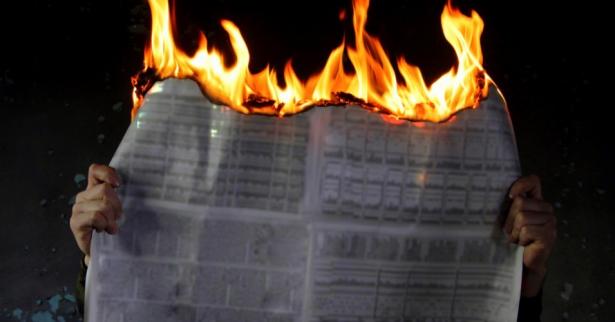 Journalism After the Election

Rebuilding—and reinventing—news and information systems from the ground up must be one of our first tasks following the 2020 election.

How Foreign Correspondents View the Election

A Kenyan journalist who works for the BBC has been stunned to see that “the same things that America has been lecturing Africa on appear to be happening right here at home.”

As the World Burns

AOC’s Among Us stream now holds the distinction of having the third-highest number of concurrent viewers ever on a single person’s Twitch stream.

By Alex Capri
The Diplomat

As the U.S.-China rivalry spreads into the technology sector, it threatens to change the way centers of innovation can operate.

Republican lawmakers accused the companies of selective censorship against conservatives. Democrats primarily focused on insufficient action against misinformation that interferes with the election.

Glenn Greenwald vs The Intercept

Greenwald wrote that he eventually concluded The Intercept embraced so-called “cancel culture.” A colleague said Greenwald was less concerned about specific edits and more about the fact that he was being edited at all.

A new book captures the voices of workers in Silicon Valley’s tech industry — from software engineers to cafeteria workers.

Free WiFi For the Neighbors

The Brooklyn Public Library announced Friday that it will install roof antennas on 19 library branches as part of a new program to bridge the Digital divide.