Ever since Donald Trump won the presidency in 2016, newspapers and magazines have been obsessed with constructing a mythology of a “forgotten” white working class. Hillbilly Elegy just reinforces the stereotypes it insists it’s illuminating. 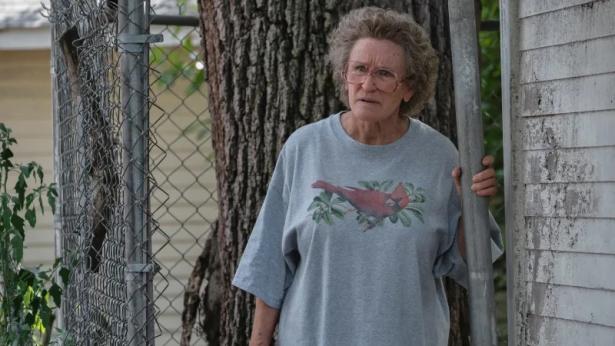 Note: The writer of this review watched Hillbilly Elegy from home. Before making the decision to see it—or any other film—in a movie theater, please consider the health risks involved. Here’s an interview on the matter with scientific experts.

Ever since Donald Trump won the presidency in 2016, newspapers and magazines have been obsessed with constructing a mythology of a “forgotten” white working class through interviews at down-home diners and reportage from tractor pulls in deep red states. And if you’re someone who grew up in one of those states, it’s kind of funny to watch reporters from New York contorting themselves into pretzels trying to understand these exotic creatures in camouflage T-shirts. Funny, except that same effort has been used to prop up a politics of white grievance, erasing working people of color who live in the South and Midwest and excusing racist vitriol under the banner of “economic anxiety.” To give it just a small crumb of credit, Hillbilly Elegy, the new Ron Howard film based on J.D. Vance’s 2016 memoir of the same name, doesn’t play as an apology for the toxic racism of white America. But like those New York Times profiles, it views its subjects as zoo animals, offering the same enduring stereotypes about Appalachia—namely, that it’s full of people too ignorant to realize that they’re being victimized by their own bad choices—peddled by Vance’s book.

Howard, who of course started his showbiz career on an ode to small-town America, provides a certain wholesome sheen, especially in the early scenes. We open with a pastoral, back-to-the-land lament, as a young J.D. (Owen Asztalos) describes how exploring the hills and hollers near his extended family’s hometown of Jackson, Kentucky makes him feel complete. But he, mom Bev (Amy Adams), sister Lindsay (Haley Bennett), and grandmother Mamaw (Glenn Close) can’t stay long. Thanks to a chain of events that began with Mamaw getting pregnant at age 13, they’ve got to travel the “hillbilly highway” back up north to Middletown, Ohio, where they live. From there, the family’s dramatic struggles begin to unfold, cutting between the late ’90s (although you might be forgiven for thinking it was the ’80s) and 2011. That’s when an adult J.D. (Gabriel Basso), now a student at Yale Law School, is forced to come home and take care of some things after Bev overdoses on heroin. He does so while making frequent calls to his girlfriend, Usha (Freida Pinto), back in New Haven, for both narrative and culture-clash purposes.

I wanted to empathize with J.D. I am white and grew up in a family of healthcare workers, schoolteachers, and blue-collar employees in Cheviot, Ohio, 45 minutes south of Middletown. We drove through the tunnel seen in this film several times a month, en route to my grandparents’ house. I, too, worked my way through college at a state school, and have felt like an imposter in rooms full of people whose holiday bonuses could solve my entire family’s financial problems in one swoop. But I do know what the outer fork is for, and I guarantee you that J.D. Vance did, too, long before screenwriter Vanessa Taylor wrote a scene into this film where Vance breaks into a sweat in front of a set of formal dinnerware. (Please, let’s retire the extra-fork-as-class-signifier cliché—and take J.D.’s other major axis of oppression, only knowing one type of white wine, with it.) Like the book, the film version of Hillbilly Elegy goes for easy over honest every time, which is one reason why the former has been sharply criticized by those it claims to represent.

Another is that Vance seems perfectly happy to throw his own people under the bus in order to make his life fit a narrative about pulling oneself up by the bootstraps. One of the many frustrating things about this film is that it occasionally hits on a real issue—the pipeline from legal painkillers to heroin addiction, for example, or intergenerational cycles of teen pregnancy—then ties itself into knots in order to make those factors a matter of personal responsibility, sapping their political and narrative potency. Bev failed to renew her insurance, so it’s really her fault she gets kicked out of the hospital after overdosing. Lindsay never stood up to their mother, so now she’s “stuck” in a hell of oppressive assistant managers and uneven lawns. (They use plastic forks. And only one of them per meal! Imagine!) Those simple folks who say “syrup” funny? Well, maybe they’re poor because they don’t really want to work.

Most importantly, Vance’s troubled family is from Ohio, so therefore their troubles must be Ohio’s fault. Vance’s book is subtitled “A Memoir Of A Family And A Culture In Crisis,” but the only “culture” on display in this film is cartoonish caricatures. The connections among psychology, geography, and politics are tenuous at best, and the point Hillbilly Elegy is trying to make obscure. But its contempt for (or, to be generous, misunderstanding of) Middletown, Ohio comes through loud and clear in everything from the costume design to the performances. Close provides the closest thing to an inspirational figure as Mamaw, but her character is too broadly sketched for her strength to shine through the oversized T-shirts and awful “good/bad Terminator” monologue. She comes across as a fully realized individual, however, which can’t be said for either of the actors cast as J.D. And while Amy Adams betrays her Oscars ambitions by “dirtying up” to play Bev, we don’t get a glimpse into the soul of a troubled but ultimately decent woman so much as a tornado of smudged eye makeup, thrashing, and screaming. As for Bennett, so compelling in Swallow, she barely registers at all here.

Of course, the wealthy elites J.D. finds so intimidating also experience mental illness and addiction in their families, but we don’t frame a day trader with a heroin habit as a symptom of “a culture in crisis.” That dubious honor is reserved for the poor, and if Vance wasn’t so concerned with singing a song of woe about how unfair it is that he once felt awkward at an Ivy League dinner, maybe he’d realize that Hillbilly Elegy is as full of excuses for why he left as the excuses for why people stay. Clearly, the author has some lingering shame around his mother’s struggles with addiction—an emotional thread the film downplays in favor of cheap visual metaphors and histrionic fits in acid-washed denim. Much of the action is set during Vance’s early teenage years, and the self-pity makes sense coming from the perspective of an adolescent boy. But is the film aware it has the emotional insight of a teenager screaming at his mother about how embarrassing she is?

It’s unfortunate that Vance had a difficult time growing up. Addiction is a nightmare for a family, and the powers that be have not done enough to hold those responsible for the opioid crisis in Appalachia to account. But frankly, we’d all be better off if the writer discussed these issues with a therapist rather than spinning them into bootstrapping poverty porn; Hillbilly Elegy just reinforces the stereotypes it insists it’s illuminating. If you want to watch a sensitive character study about intergenerational trauma in Appalachia, there’s Barbara Loden’s Wanda. If you want an inspirational story of a prodigal son grappling with his guilt about those he left behind, Dark Waters just came out last fall. And for an eye-opening exploration of the opioid crisis’ effect on the region, the Oscar-winning short “Heroin(e)” is on Netflix. As for Vance, now that he’s got his movie-deal money, let him work out his feelings in private, and save the column inches for those whose voices aren’t being heard.