Technology exists for members of Congress to securely vote remotely during the ongoing coronavirus pandemic. 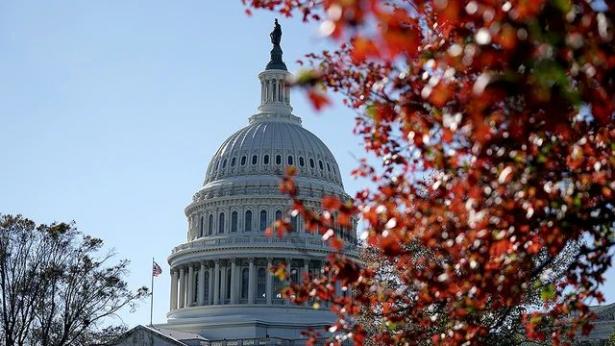 A new report prepared by staff on the Democratic-led House Administration Committee has concluded that technology exists for members of Congress to securely vote remotely during the ongoing coronavirus pandemic.

The report was released Wednesday as COVID-19 cases continue to surge across the country and after dozens of members of Congress have tested positive for the virus since March.

“This staff report concludes that operable and secure technology exists that would permit the House to conduct remote voting, and that such a tool could be developed to further establish the House’s flexibility and resiliency to operate during the pandemic,” the staff members wrote in the report’s executive summary.

Staff members for the committee, which is chaired by Rep. Zoe Lofgren (D-Calif.), pointed to the need to work remotely due to the COVID-19 pandemic, noting that more than 75 members of Congress had either been diagnosed with the disease or been exposed to someone with the virus.

The authors acknowledged that certain security criteria would have to be met to ensure safe remote voting. These included ensuring the security of remote networks, issuing “dedicated voting devices” to each member of Congress to only be used to cast votes, publicizing votes immediately after they are cast so members can check there was no interference, and regular checks of the remote voting system for cyber vulnerabilities.

Committee staff noted they were consulting with the Government Accountability Office (GAO) on which vendors could provide the necessary remote voting technology, but that “the range of products available today further supports the general conclusion that remote voting is technologically feasible.”

Both the House and Senate conducted remote operations for several months earlier this year when the COVID-19 virus began to spread across the United States, though lawmakers in both chambers have shown up on Capitol Hill in recent months for hearings and votes.

Democrats have generally pushed for remote voting during the pandemic while Republicans have largely opposed such a move, citing concerns about the legislative process being negatively impacted by members working remotely and emphasizing that if workers in other sectors must show up in-person then so should members of Congress.

The House approved new rules in May allowing for remote committee hearings and remote voting during the pandemic, with the measure being approved along party lines and Republicans pushing back strongly against the changes.

The rules also allowed for members to vote as proxy for another member, and allowed the House Administration Committee to study the use of technology to conduct remote voting.

Lofgren sent a letter to House Speaker Nancy Pelosi (D-Calif.) this week announcing that "following consultation with the Ranking Minority Member, I write to notify you that that operable and secure technology exists to conduct remote voting in the House of Representatives."

House Administration Committee ranking member Rodney Davis (R-Ill.) pushed back in a separate letter to the leaders of the House Rules Committee on Wednesday, emphasizing that he wanted to "make it clear that the majority did not consult me on this decision, but merely informed."

"While I stand firmly against allowing members to vote remotely because I believe it would fundamentally change this institution and not for the better, I believe it is premature to state we have operational technology to implement a secure process," Davis wrote.

"Chairperson Lofgren’s letter would pave the way for an expansion of the current proxy voting scheme into a fully-remote 'vote by text' operation that is unproven, unsecure, and unconstitutional," the Republican leaders said.

Davis, McCarthy, and Cole specifically pointed to concerns that Pelosi and other House Democrats were attempting to "keep members home and away from Washington" in an effort to "extinguish party tensions" following the general election.

The report, and Republican concerns, come after the House Administration Committee held a hearing in July to examine the security around House members voting remotely, featuring testimony from a variety of IT experts alongside former Speaker Newt Gingrich (R-Ga.) and Cheryl Johnson, clerk of the House of Representatives.

Gingrich argued against remote voting in his prepared remarks, noting that he believed it would lead to a loss of “collegiality” between members of the House and the creation of a “dictatorial Speaker” due to members being at home and not participating in creating legislation and deals.

However, on the IT security side of the debate, experts from the Massachusetts Institute of Technology, the Johns Hopkins University Information Security Institute and the University of California Berkeley were united on agreeing that remote voting was “feasible” and could be made “secure” for members of the House to conduct business.

In terms of the security of remote voting, Davis was quoted in the report as saying that he was “confident that there is a technology that exists to support remote voting.”

Committee staff maintained in the report that remote voting was necessary in order to protect members as the coronavirus pandemic continues to rage nationwide.

“In light of the clear impact that COVID-19 can have on the ability of the federal government to conduct legislative business and the continuing surge of the pandemic within the U.S., it is imperative that Congress be able to continue its work safely and securely,” committee staff wrote.

Maggie Miller is a journalist based in Washington, D.C., originally hailing from Austin, TX. She currently works as a cyber and national security reporter for The Hill. Her experience before this includes her time at Inside Cybersecurity at Inside Washington Publishers, the British Embassy, Voice of America, Conservation International, GRNlive in London, KXAN News in Austin, TX, which is the NBC affiliate station there, and Moment Magazine in Washington, D.C.