books Loïs Mailou Jones, an Artist and Educator Who Made History

Rebecca VanDiver surveys Jones’s work from the 1920 to the ’90s and considers how definitions and conceptions around Black art have changed. 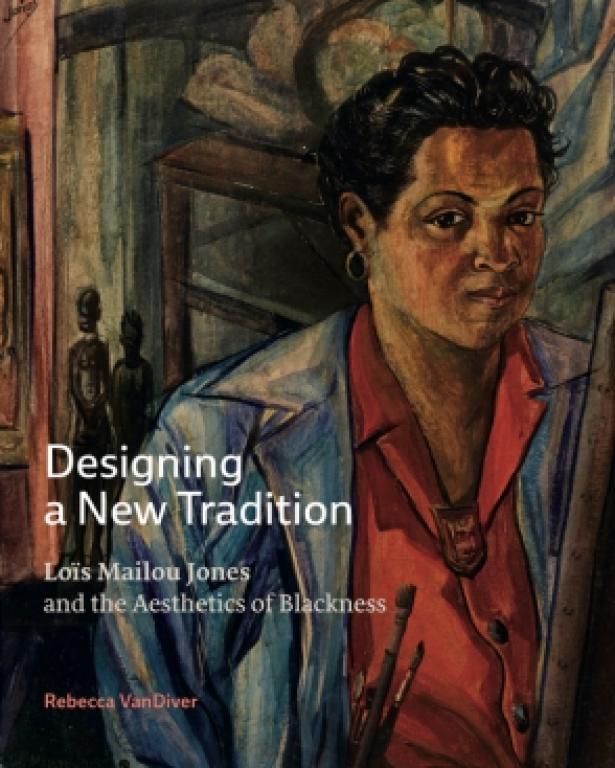 While no book on an artist can possibly encapsulate their full oeuvre, Rebecca VanDiver noticed something about most of the scholarship on Loïs Mailou Jones. Almost always, only two of her major paintings were mentioned, and they were created almost three decades apart. Where, then, was the research on all the artwork Jones produced in between?

That premise guided the writing and research of VanDiver’s new book Designing a New Tradition: Loïs Mailou Jones and the Aesthetics of Blackness, published by Penn State University Press. An assistant professor of African American Art at Vanderbilt University, VanDiver largely organized the text around significant locations in Jones’s career: Washington DC, Paris, Haiti, and Africa (particularly West Africa). The book surveys decades of Jones’s work, from the 1920s to the 1990s. Inevitably, this covers major shifts in American history, including “cultural conceptions of blackness and associated definitions of what constitutes black art,” VanDiver writes in the introduction.

While VanDiver has plenty to cover about the artist’s contributions, her prose leaves room for a nuanced look at Jones’s upbringing. She acknowledges the financial privilege Jones had growing up in New England to an upper-middle class family (her mother had a cosmetology business and her father was a lawyer). When she started looking for studio art teaching positions, Jones initially bristled at the suggestion of considering schools in the South — in VanDiver words, the artist had her “own preconceived notions about the Southern black population.” But Jones’s journey to a new teaching job at the Palmer Memorial Institute (PMI) in North Carolina would start to open this worldview.

In 1930, Jones began a teaching career at Howard University. Even though she was there for nearly five decades, while producing her own art, scholars “have often relegated her to the middle or back of the pack,” VanDiver writes in the book’s introduction. In the artist’s archives, VanDiver found numerous letters in which Jones laid out her accomplishments at the university, hoping for a promotion. Yet she never got the career advancement she wanted.

“That is a story that really resonates with women today, still, in terms of the type of self promotion that we have to do in order to garner appreciation and recognition for the work that we’re doing,” VanDiver told Hyperallergic.

Jones’s early career shows an interest in landscape painting and textile design. Around the 1930s, she also created illustrations, including work for the publishing house Carter G. Woodson, a cofounder of the Association for the Study of Negro Life and History (ASNLH). Her oil paintings during this decade show vibrant colors and intricate patterns (influenced by her textile background); she found inspiration in African culture and objects, an ongoing theme in her work. The 1938 “Les Fétiches,” one of the main pieces that VanDiver has noticed in scholarship about Jones, shows her ability to produce energetic and bold compositions, even while creating more traditional still lifes around the same time period. While in Haiti during the summer of 1954, VanDiver writes, Jones created around 30 paintings; she captured the landscape and female vendors around her. By the early 1960s, she was focused primarily on collage.

“Jones’s use of collage to interpret Haitian vernacular religious visual culture into high art was linked to actual cultural practices but also to her struggle to find a suitable visual language for her diasporic encounters,” VanDiver writes.

These are just a few of the conceptual explorations and shifts in medium that Jones undertakes. Yet her contributions remain overlooked in their true breadth, VanDiver argues. This, despite the fact that Jones also made history. While Jones is a “first” in many ways throughout the decades — Jones’s 1972 retrospective at the Museum of Fine Arts, Boston was “the first solo show given to an African American female artist at an American museum,” VanDiver writes — the book is more interested in analyzing her work in a manner worthy of any artist making an impact in the 20th century. Not just through her art, but also her scholarship and teaching.

For a casual art lover, the text might feel a little heady; for the academic, the book asks that Jones’s artwork not be divorced from the political changes during her career. Yet VanDiver hopes it can appeal to readers with other interests, as well. She told Hyperallergic, “That was really my hope, that it would be something that would appeal not only to art historians, but also to the more general reader who is interested in Black America — what it means to be Black in the 20th century, what it means to be Black in the 21st century.”

There’s a photo, which didn’t make it into the book, of Jones at the Corcoran Museum of Art in the early 1970s at a panel on women in the visual arts. VanDiver describes the event as “part of this institutional reckoning that happens in the 1970s, where you start to see major art institutions having to grapple with their sexism and the racism of the prior decades.” Jones is one of “maybe two or three Black women in the photo,” and she holds a microphone. The artist appears repeatedly in these major moments in US history, including “the exclusion of Black women in the feminist art movement of the 1970s,” VanDiver explains. After so many decades of being overlooked, Jones was ready to speak.

Eva Recinos is a freelance writer based in Los Angeles. Her work has appeared in LA Weekly, the Creators Project, PSFK, and more.