Together With Iran, Biden Must Undo the Damage of Trump’s Belligerence

‘Diplomacy, not murder, is the best path forward,’ said Bernie Sanders. Here’s how to make that happen. 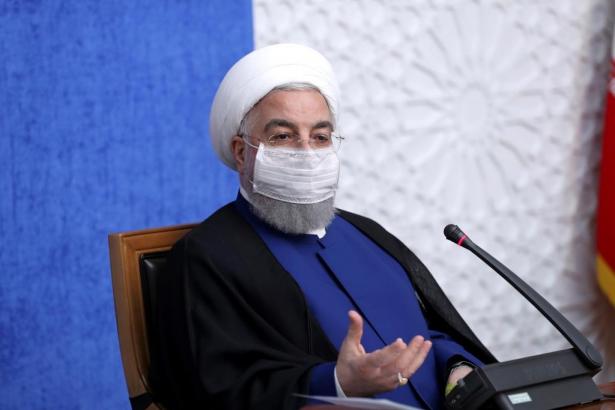 Mohsen Fakhrizadeh, one of Iran’s top nuclear scientists, was assassinated Friday afternoon outside of Tehran. So far, no state has claimed responsibility for the meticulously coordinated attack, but the likely culprit is Israel. Fakhrizadeh had long been on Israeli Prime Minister Benjamin Netanyahu’s radar as a high-profile target for his alleged role in Iran’s long-disbanded nuclear program.

Israel never carries out such brazen acts without the explicit sanction and knowledge of its American partners. So the Trump administration must have certainly known about the assassination in advance. Of course, Trump has never favored diplomacy with Iran, as first evidenced by his administration’s withdrawal in May 2018 from the Iran nuclear deal (called the Joint Comprehensive Plan of Action, or JCPOA). In the wake of this rebuke to bilateralism, what has followed have been crippling sanctions on Iran’s economy and assassinations of top Iranian military officials in January. Last week, Secretary of State Mike Pompeo, Saudi ruler Mohammed bin Salman, and Netanyahu held a historic, secret meeting. Taken together, this points to American involvement, on some level, in the assassination of Fakhrizadeh.

If a President-elect Biden plans to undo the damage of belligerent foreign policy that his predecessor has imposed on Iran, he must first condemn the killing of Fakhrizadeh. And he must go much further, conveying to allies like Israel and Saudi Arabia that assassinations will not be tolerated and that priority will be placed on reopening diplomatic pathways with Iran.

The Fakhrizadeh affair may represent a last-minute attempt by Trump to weaken the prospects of Biden’s prospective negotiations with Iran. Biden had suggested in the months leading up to the November elections that Trump’s withdrawal from the JCPOA was tactless and that a Biden administration will rejoin the pact. Indeed, aides close to Biden negotiated the 2015 deal and have already urged a return to the JCPOA, though perhaps with newly proposed caveats. “I will offer Tehran a credible path back to diplomacy,” Biden himself wrote in a September op-ed for CNN, pledging to “rejoin the agreement as a starting point for follow-on negotiations” as long as Iran demonstrates strict compliance with the deal. But the challenges that Biden now faces in repairing trust between Iran and the United States are far more involved than before.

First, the Biden administration will have to persuade its counterparts in Tehran that Americans are trustworthy actors, and that they will more securely recommit to a peace deal. After all, it was the United States that refused to uphold its end of the bargain by withdrawing from the JCPOA, a move that European partners roundly condemned. Trump had long regarded the Iran deal as a failure, and by October 2017, when he refused to recertify the agreement, it was clear to the international community that he would ultimately abandon the JCPOA. From this perspective, then, Iran clearly has the political high ground, and a Biden administration will have to demonstrate generosity in resuming diplomatic dialogue between the two countries. This means that any talk of caveats on the part of Americans will likely be perceived by Iran as a reluctance to negotiate on fair terms. And perhaps not entirely unjustifiably so. Why would Iran agree to further compromise beyond the commitments outlined in the JCPOA, since it was the United States under Trump that first flouted the terms of the painstakingly negotiated agreement? Moreover, strictures must be put in place to ensure that the next Republican administration, which may be more pugnacious than Trump, does not similarly reverse important diplomatic progress.

Second, the Biden administration has to factor into its calculations the upcoming presidential elections in Iran, where it is highly plausible that the conservatives will outperform the pragmatists and reformists. Even if President Hassan Rouhani and his pragmatist government agree to return to the negotiating table, the successor government in Tehran may not share the same orientation toward diplomacy. All of this is framed by economic conditions exacerbated by the weight of sanctions and the coronavirus pandemic: Iran is currently facing its worst economic crisis in decades. Its currency has been depreciated greatly in recent months, and inflation and unemployment are at an all-time high. Nearly 70 percent of Iranians today live below the threshold of poverty—a staggering figure for any country, but especially one with a population of over 80 million. The conservatives attribute the responsibility for much of this crisis to the leadership of Rouhani, and they will inevitably exploit the country’s economic setbacks to their electoral advantage. But the return of conservatives to power, as was the case between 2005 and 2013, could indefinitely tank diplomacy between Iran and the United States.

By all measures, rebuilding trust with Iranian interlocutors will be difficult. In addition, what the last four years of Trump presidency have demonstrated—in large part building on the expansion of executive powers overseen by President Obama—is a dangerous American penchant for conducting extrajudicial killings of foreign officials and citizens. In the last decade, extrajudicial assassinations have become a central implement of the American foreign-policy agenda—a remarkably perilous norm. If the United States continues to behave unlawfully on the international stage, it is only a matter of time before other countries begin to emulate this behavior. And why would they not, when the supposed beacons of democracy themselves flagrantly transgress the norms that they expect others to abide by?

This sentiment was perhaps best expressed by Sen. Bernie Sanders not long after the drone assassination of Iranian Gen. Soleimani at the Baghdad airport. “You cannot go around saying, ‘You’re a bad guy, we’re going to assassinate you’—if that happens, you’re opening the door to international anarchy, that every government in the world will be subject to attacks and assassination,” Sanders said during the February primary debates. If the United States just continues with business as usual, openly defying the laws that they expect others to follow, they should brace themselves for similar conduct from adversaries. Imagine if Iran had assassinated a top-ranking military official, or an American scientist, within the borders of the United States. This is precisely the kind of alarming precedent that extrajudicial violence abroad, either directly or indirectly involving the United States government, has effectuated.

Now, the burden rests on President-elect Biden to reset diplomacy with Iran before Netanyahu and Mohammed bin Salman pursue further spoilers. As a Biden administration prepares its priorities, a recommitment to diplomacy would strengthen trust in American leadership and remind partners that the most effective antidote to conflict is dialogue and diplomacy. On Saturday, Sanders called the killing of Fakhrizadeh “reckless, provocative, and illegal,” adding that “Diplomacy, not murder, is the best path forward.” And that diplomacy needs to go further than just limiting nuclear power in Iran: It’s time for the U.S. to explore full normalization with Iran.

Keyvan Shafiei is an Iranian American Ph.D. candidate in the Philosophy Department at Georgetown University.