labor Vanessa Bryant, Her Mother's Lawsuit And the Value of Childcare

The question of whether parents and grandparents should receive a wage for childcare within the family has been asked repeatedly for at least half a century. 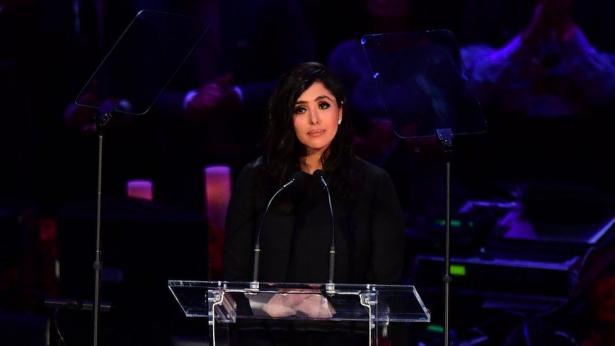 Vanessa Bryant, wife of the late basketball star Kobe Bryant, has found herself at the centre of a torrid domestic drama, within a year of the death of her husband and daughter.

She is being sued by her mother.

In the lawsuit Sofia Laine argues that she should be paid $5 million in back-pay for, as she puts it, being her daughter's "longtime personal assistant and nanny" to her grandchildren. She also claims Kobe Bryant promised to financially take care of her indefinitely.

"Unfortunately, Kobe Bryant's promise did not see the light of day as he is now deceased and Vanessa Bryant took each and every step she could to void and cancel all of Kobe's promises," she alleges in the 48-page lawsuit.

Ms Laine's legal action attracted a swift and significant backlash, not least for coming just 11 months after the death of Bryant's husband and teenage daughter Gianna in a helicopter crash. One well-known journalist called the lawsuit "repulsive", for example, in a tweet that at the time of writing has been "liked" more than 28,000 times.

The strongest response has come from Bryant herself. In a statement, she denied her mother's claims that she was a nanny and assistant, and instead accused her of attempting to "extort a financial windfall" from her. "This lawsuit is frivolous, disgraceful, and unimaginably hurtful," she added.

With both sides contradicting each other, there is little way of wading through the right and wrongs of what is a messy, complicated and - ultimately - deeply personal family affair.

Regardless of the individual merits of this case, Ms Laine's basic argument is not without precedent. Usually for much smaller amounts and in entirely different circumstances, the question of whether parents and grandparents should receive a wage for childcare within the family has been asked repeatedly for at least half a century.

Whether grandparents should be paid for babysitting frequently comes up on online forums. Last year two separate scenarios, posted on Mumsnet and the (unrelated) Netmums respectively, posed the same question from two different perspectives.

On Mumsnet, an anonymous mother wrote that her parents had asked for £50 a week to look after her young children when she returned to work after maternity leave. In the Netmums post, a grandmother said she was looking after her young grandchildren for around 10 hours a day; she and her daughter had agreed on a fee of £40 a week, she said, but she had "somehow ended up doing it for nothing".

In both cases, the responses were split pretty evenly between those who believed it was the grandparents' right to insist on payment, and those who felt that grandparents should help their children out without expecting to be compensated.

"In reality, she only occasionally babysat my older girls when they were toddlers," Vanessa Bryant has claimed in response to her mother's lawsuit. She points out that she herself was a stay-at-home mother who looked after her own children.

Her mother counters: "She is using my grandchildren to punish me for exercising my rights." The language marries up her rights and her grandchildren. It's not an unfamiliar argument, historically.

The history of wanting wages for housework

In the early 1970s, a global coalition of radical feminists launched the Wages for Housework campaign, which argued for families' primary caretakers - predominantly women - to be paid regular wages for doing the household and childcare duties that were expected of them.

In its manifesto released at the time, the campaign wrote of women's "life sentence of housework at home and outside, servicing men, children and other women, in order to produce and reproduce the working class. For this work we are never paid a wage".

"Our destiny and the roots of our exploitation — our wageless work in the home — are the same in every country of the world, and so is our struggle against it." 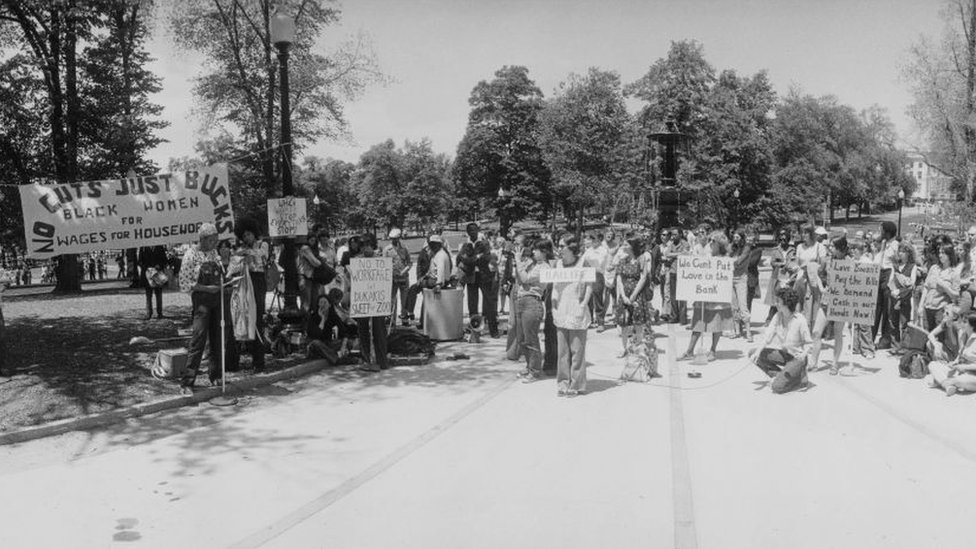 image captionThe coalition held demonstrations around the world, such as this one in Boston in 1977

But the campaign's motivation was to highlight the value of housework in a language that the majority of the public would understand.

Their ideas came from the radical left theories of Friedrich Engels who in 1884 argued that while men were in charge of the "means of production", by producing goods, women were responsible for the "means of reproduction" - which referred to child-rearing.

This idea of the "means of reproduction" being an equally valid form of work directly influenced the Wages for Housework campaign and others like it.

Where are we now?

According to a 2016 report from the Overseas Development Institute (ODI), women are still overwhelmingly tasked with unwaged work in the home - which, the organisation adds, is "holding back women and girls from advancing in other areas of their lives".

On average, it adds, women spend 45 minutes more than men per day on paid and unpaid work, or about 5.7 weeks more per year. In the most unequal countries, this goes up to two hours a day. 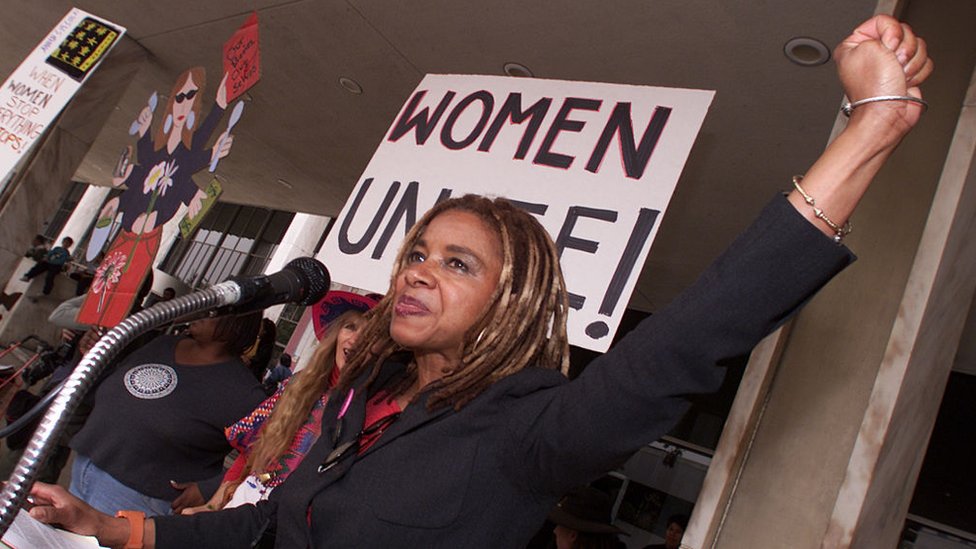 image captionMargaret Prescod, co-founder of Black Women for Wages for Housework, leading a demonstration in LA in the mid-1970s

But the housework gender gap has been brought to the fore in 2020. According to the European Institute for Gender Equality (EIGE), women in the EU already spent 13 hours more than men per week on unpaid care and housework before the pandemic - which only went up when schools in multiple countries were closed, and older relatives fell ill.

According to Selma James, one of the co-founders of the Wages for Housework movement, little has changed.

Writing in the Independent earlier this year, Ms James said that in 1972 she campaigned specifically for child benefits in the UK - then known as "family allowance" - to be retained. Women, she said, told her at the time that this small payment was "the only money I can call my own", and was more liberating for women than encouraging them to take on low-wage work.

With an estimated worth of $600m, Vanessa Bryant - and even her own mother - aren't the primary concern of these campaigns.

But within this family drama - regardless of its rights and wrongs - is the familiar language of rights and compensation when it come to childcare.