The Marketisation of Truth

The marketisation of everything normalised the very real possibility that behind every communication, every representation, every action within any public sphere, was an undisclosed agenda of private gain. 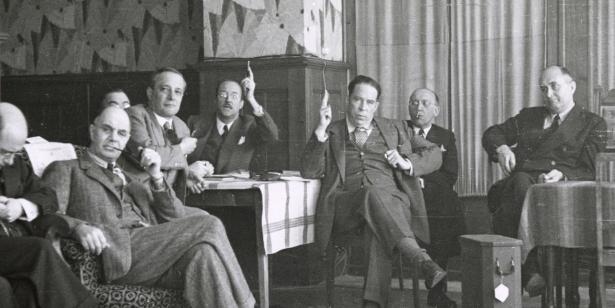 In the last few years, our relationship to information has appeared to rapidly deteriorate. This was perhaps indicated best by Kellyanne Conway’s now-infamous declaration in January 2017 that the White House had been offering ‘alternative facts’. But this baffling exchange with NBC anchor Chuck Todd did not inaugurate a new era of informational flexibility in the way it appeared to, so much as confirm a problem that had been quietly building for decades.

The previous year had already seen the troublesome phrases “fake news” and “post-truth” enter our language, whilst Brexit campaigns promoted lies such as the “£350 million claim” that Britain’s (gross) contributions to the European Union could and would simply be reinvested in the country’s strained National Health Service. The pandemic that has since exposed such underinvestment in that service has also been accompanied by an ‘infodemic’ of its own, including barefaced lies from government alongside outlandish conspiracy theories about vaccination and 5G. But whilst Brexit and COVID have both been watershed moments for the ‘normalisation of disinformation’ within British political discourse, the factors that made this normalisation possible have a much longer history.

A number of different theories have been peddled as to why the seeming optionality of verifiable truth has become such a common and seemingly acceptable phenomenon across vast swathes of the political map. From blaming scholars of post-modernism for flooding the world with uncertainty, to suggesting social media technologies are driving a regression in our individual capacity to determine fact from fiction, these theories focused on identifying and pathologising things that were apparently unique about our present moment. Yet these theories represent shallow analyses at best, and disingenuous scapegoating at worst.

Towards an age of suspicion

Rather than Facebook or left-wing philosophers, the primary driver of this development has been suspicion, the corollary of morally untethered free markets, think tanks and public relations. One of the more obvious, if gradual changes that has led Britain and much of the world to this point is that as political-economic power has evolved over the past century it has transitioned from the coercive, violent forms it once assumed to the manipulation of culture and ideas. In effect, we have become accustomed to the idea that even the most innocuous mass communication could potentially be politically skewed. In the last few decades especially, this suspicion and incredulity has been quietly fed by the very deliberate workings of neoliberalism and its architects.

It is quite well known that, in 1947, a group of economists met in the Swiss resort of Mont Pèlerin to discuss a discredited economic model that saw free markets as the best protection against the return of the authoritarianism of European fascism and Soviet power. Only slightly less well known is the fact that in 1955, commercial chicken farmer and former air force pilot Antony Fisher had visited the organiser of Mont Pèlerin and father of neoliberalism, Friedrich Hayek at his office in London at the LSE to ask his advice about how to promote free-markets.

Hayek’s response was instructive: “forget politics. Politicians just follow prevailing opinions. If you want to change events, you must change ideas.” Two years later, the Institute of Economic Affairs was born, and in the following years, Fisher would go on to found numerous other free-market organisations and anti-regulation pressure groups. In the 1980s, Hayek took the time to write to Fisher, to congratulate him on how successful he had been in this ideas-first strategy. More recently, the IEA was shown to be sending an oil and tobacco-funded magazine to all A-level business studies pupils in the UK.

These developments are at least a conceptual guide with which to piece together not only the steady degradation of any notion of “truth” we have witnessed in the neoliberal west in recent decades, but the systematic malnourishment of our democracies and the destruction of our environment. How? Most importantly, this devastating combination of free-market primacy and culturally-led political-economic dogma, often pushed by small, well-financed private institutions, paved the way for a slow but steady marketisation of culture itself; an attack on all ethics, values and ideas that could not be economised and traded within a market-like framework of exchange, ownership, and accumulation. The free-market economist Milton Friedman once claimed that nobody had more influence on Margaret Thatcher than Antony Fisher. Above all, this was a transition from a political world to an economic one in which moral or scientific considerations such as democracy or the environment were unhelpful inhibitions.

The marketisation of everything

Once ethical and political considerations have withered into mere spectacle, useful only for their role in providing a means for social media giants to harvest human attention by giving us something to argue about on Twitter, instead of facing our post-democratic predicament, we reach a very dangerous condition. Wendy Brown calls it “conceptual unmooring”; Mark Fisher called it an elimination of “the very category of value in the ethical sense”; Durkheim described something similar, if in an earlier era, with his concept of anomie. We are effectively left with no anchor and nothing to hold on to.

The marketisation of everything normalised the very real possibility that behind every communication, every representation, every action within any public sphere, was an undisclosed agenda of private gain. Thatcher’s individualism, an exaggerated, twisted variation on Hayek’s grand theme, was a world of dog-eat-dog. Thanks to Richard Dawkins, selfishness was as natural as breathing, and the more emboldened one could become in their own greed, the more they would be suspicious of everybody else’s.

Most pernicious of all however, was the combination in itself: once there were no anchors, and abundant lies; nothing shared and everything traded for a profit; only commodity and spectacle, and nothing real except money, there could be no shared truth. And so we come to our predicament: No truth—that is, until the oceans inundate our cities, and fascism’s incoherent, empty promises to the terrified suburban middle classes are fully institutionalised. By then it may be too late.

Marcus Gilroy-Ware is a senior lecturer in digital journalism. His new book, After the Fact: The Truth about Fake News, is available now from Repeater Books

We’re a non-profit magazine and we operate on a shoestring. We think the left needs publications which are non-sectarian yet unafraid to take a stand, radical yet non-dogmatic, and thoughtful yet orientated on real-world activism. If you think so too, please consider becoming a subscriber.

Subscribe to Red Pepper – you choose how much to pay.