The big crowds at Madison Square Garden during wartime and a few years after, the excitement at union halls and summer camps for some of the most interesting musicians and lyricists of the time? Gone — gone, but not entirely forgotten. 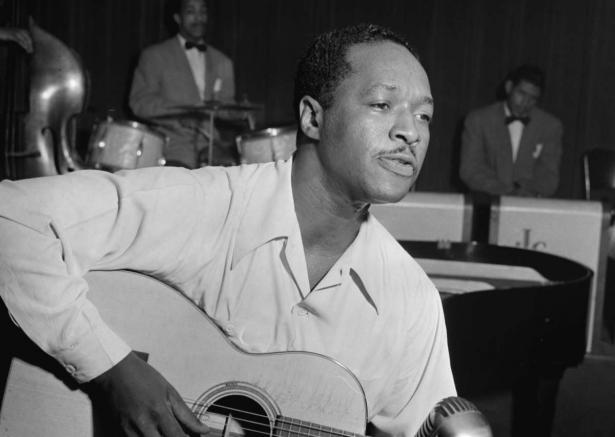 Aaron J. Leonard is a most unusual writer. He scrutinizes the files of repressive (supposedly investigative) government agencies — a veritable treasure trove of false accusations of disloyalty and potential subversion. Readers who seek a social history of the folky victims of these agencies will not find it in Leonard’s latest book, The Folk Singers and the Bureau: The FBI, the Folk Artists and the Suppression of the Communist Party USA, 1939-1956.

He does not slow his fast-paced narrative to ponder the historical background of the victims in their own time and place. But his sources direct him to the government-eye-view, evidently as severe under Democrats as under Republicans, fearful alike of the power of FBI Director J. Edgar Hoover, also eager to see the specter of a multiracial Communist Party, with the wider milieu, had it held close from the late 1930s to the late 1940s, dispatched forever.

Interviewing dozens of members of the Communist Party during the 1980s and 1990s myself, i.e., shortly before they died, gave me a special feeling for this book that I might otherwise have lacked, even as a long-time scholar of the American left.

Share this article on
Most readers will also be interested in the sad fate of the “friendly” (cooperative) witnesses, including entertainers of color who had been guilty chiefly of having audiences mostly on the left during the 1940s, such as Josh White.

Without perhaps strong political feelings themselves — or so they claimed later — they suddenly learned that survival demanded they turn on their friends and sponsors. As a group, they escaped legal punishment but did not benefit greatly. Their best audiences would be in Europe, and the shift of musical styles in the late 1950s left them pretty much flat. Thus, victims of another kind.

Leonard launches the narrative quite properly with Woody Guthrie, a symbol of the whole movement, going onward to Pete Seeger and Alan Lomax, further on to the other Almanac Singers and Paul Robeson, among others. Repression came early.

The Almanacs fell under official scrutiny and faced potential persecution thanks to vulnerabilities created by American Communist support of the Hitler-Stalin (or Molotov-Ribbentrop) Non-Aggression Pact between Germany and Russia, which made U.S. supporters of the Soviet Union appear loyal to a “foreign power.” That they recovered when Germany invaded Russia is one of the most remarkable stories in American left history. By 1942, the grand era of wartime liberalism or progressivism had begun in earnest. Even actor Ronald Reagan appeared in public events and contributed funds to what all knew to be Communist-sponsored Hollywood events for Allied victory.

The material covers the sad interplay between the empowered red-baiters and disempowered folkies.

Ironically, the first wave of popularity that found the Almanacs in an aggressive antiwar and even anti-military stance would prove popular again in later days, as close as the later 1940s, for a historical moment before repression hit, and as far away as the Vietnam War and after. Bob Dylan’s “Blowin’ in the Wind” or “Masters of War,” not to mention Joan Baez’s songbook, could hardly be imagined without these origins. Songs like Pete Seeger’s “C for Conscription” also touched an old nerve, still pretty close in time. Opposition to U.S. entry into the First World War had been highly popular and brutally suppressed.

Folky popularity of the early moment in the emerging folksong world of 1940 had another effect: It got folk musicians onto the newly created “Custodial Detention List” assembled by the FBI, at the behest of Franklin D. Roosevelt himself. Leonard follows the story of repression in great detail, with the FBI dossiers against the likes of Aunt Molly Jackson, Alan Lomax and others, heading toward the massive repression of 1947-48.

Sometimes, I think the author is compelled to move rather too quickly, because the material he covers is so vast, the sad interplay between the empowered red-baiters and disempowered folkies so intense and complicated. At times reading more like a general commentary about the Cold War demolition of the American left, The Folk Singers and the Bureau drifts into the fumbling and sometimes self-defeating efforts into Communist Party history before emerging to the main subject again.

Still, readers will nevertheless find the details rewarding, especially as Leonard returns to the folk scene narrative. Pete Seeger (among others) distanced himself from the narrowness of Party concerns. The Weavers emerged in the early 1950s as a semi-pop group looking urgently for hits and finding them — until the black-listers struck again. Burl Ives, destined for a lucrative career in television performances as well as record sales, gave as few names as he could, and slunk away, merely self-humiliated. Meanwhile, repression pursued Woody Guthrie to the day of his death, more or less.

The blacklisting of folkies eased with the Cold War itself, into a kind of legal detente of the early 1960s. By that time, the civil rights movement and the antiwar movement gave folk music a new life, swelling college audiences and record sales, and also preparing a sudden disappointment: The music of the counterculture had its own stars and its own audience.

Leonard concludes by saying that his research stunned him with the degree of repressive energy directed at a rather small group of entertainers. The heights of fame and influence otherwise available to the Weavers, to Paul Robeson — even to the larger moral purposes of Burl Ives and Josh White lost to their own compromises — must also be a story of what might have been.

An epilogue of sorts traces the individual fate of a dozen or so folkies, now in danger of being forgotten entirely. Of these, singer Pete Seeger and archivist Alan Lomax fared best, although others, those who survived middle age, found ways to get along.

The visage of Josh White, Woody Guthrie and Paul Robeson have all appeared on U.S. postage stamps, which must signify a sort of remembrance. The big crowds at Madison Square Garden during wartime and a few years after, the excitement at union halls and summer camps for some of the most interesting musicians and lyricists of the time? Gone — gone, but not entirely forgotten.

Paul Buhle is the founder of the Oral History of the American Left at New York University and co-author of several studies of the Hollywood Blacklistees including Tender Comrades.

Time is running out -- donate & your gift will be MATCHED!This is urgent: Time is running out to make your end-of-year donation to support independent journalism. If you give today, your tax-deductible gift will be matched, dollar for dollar! Truthout is a nonprofit and we depend on readers just like you to survive. Can we count on you to help us stay strong?

This is urgent: If you give today, your tax-deductible donation will be matched, dollar for dollar! Truthout is a nonprofit; we depend on readers to survive. Can we count on you to help us stay strong?  Donate now!