There is work to do—and people who want to work. 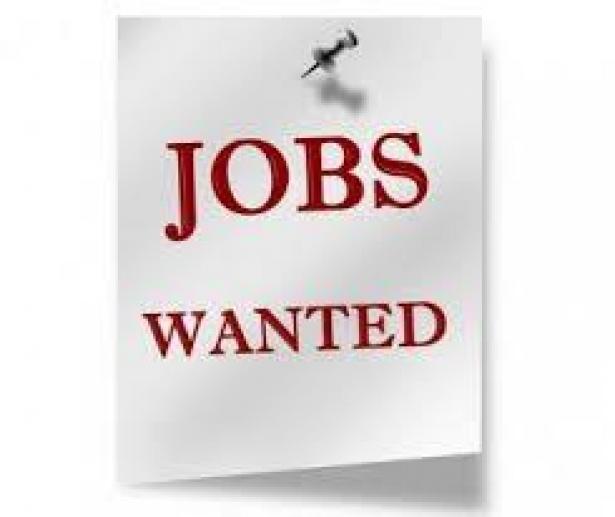 Millions of Americans need help right now. They cannot afford food, rent, or other necessities. We need a generous CARES Act II. But we need so much more.

President-elect Joe Biden and his team talk about bringing real economic opportunities, but old approaches and half-way efforts will not suffice. Obviously, the United States needs more jobs now, but the goal cannot be merely to get back to where we were before the pandemic. That should be just the beginning.

Prior to the pandemic, there were a lot of jobs but still not enough and many of them were lousy jobs. Real wages for workers in the lower half were barely higher than they had been in the 1970s.

Coming out of the pandemic, a standard economic recovery and business-as-usual will vastly improve life for millions of people, but that won’t lift enough of them out of economic insecurity and poverty or near-poverty. We need federal direct-job creation programs.

Here are seven reasons why.

1 . The Covid-19 Jobs Crisis: It is hard to know how many new jobs we will need to repair the damage. In November, there were 6.7 million part-timers who wanted full-time work, 10.7 million people officially counted as unemployed, and another 7.1 million who wanted to work but had not recently looked for a job. In all, almost 25 million people unemployed or underemployed.

The economic crisis is driving hundreds of thousands of enterprises out of business. Many won’t be coming back, even after most Americans have been vaccinated.

A lot of brick-and-mortar retail outlets were already on the ropes and the virus is turning out to be a knockout punch. Quite a few restaurants will not soon return.

In the L.A. area, we hear every day of wonderful restaurants closing for good. It is a tragedy that millions of workers disemployed from these sectors will not be able to return to them, even after the pandemic eases.

The unemployed need income right now in the form of richer unemployment benefits. But we also need to start, where we can, with vibrant government job programs in the public and private sectors. The public sector can be enlarged to hire more teachers, counselors, nurses, librarians, Head Start workers, pandemic specialists, and so on. And physical infrastructure programs could be a way to put some people to work out of doors.

But these things won’t happen in a big way without federal money, leadership and supervision.

2. An Employment Deficit: There’s always a shortage of jobs, even in the best of times. The private sector, even when boosted by massive government spending and tax cuts, never brings real full employment. Even when labor markets seem tight, there is more unemployment than official rates indicate. Many scholars and even some conservatives are aware of this.

In February 2020, before the pandemic, the official unemployment rate was 3.5 percent. That is quite low; however, it left out many people who wanted to work but were not looking.

In addition to the almost 6 million who were counted as unemployed, there were 5 million people who said they wanted a job but had not searched for one because of constraints on their ability to work, or the judgment they would not find work, or a combination of the two.

And there were 4 million part-timers who wanted full-time work but could not find it. In this enumeration, there were 15 million unemployed or underemployed—not 6 million—in January, one of the best labor markets of the last half century.

3. The Persistence of Discrimination: We need a large and varied Federal Jobs Program because we need an entity that is unambiguously devoted to fighting racial, ethnic, gender, and other discrimination in job markets. And we should add, fighting discrimination against the long-term unemployed. That employers discriminate against such people was crystal clear during the Great Recession.

4. Decent Wages: We need direct federal creation of good jobs because that is one way to get more jobs that pay a decent wage. Jobs under the federal umbrella should pay a living wage. The program’s strategy should not be to use lousy wages to push people out of federal jobs and into slightly less lousy jobs in the regular economy.

Tax cuts that give tons of money to rich people in hopes of generating good jobs mostly fail. A lot of the money from the 2017 tax cut did not go to job-creation or to lifting pay. It went to stock buybacks and other windfalls for corporations and their executives. Most urban enterprise zones and similar programs offer benefits to investors but don’t deliver enough good jobs to low-income residents. The way to assure that federal money creates jobs is for the federal government to create jobs. This initiative should include pro-union legislation.

5. Protection from Automation: For many decades, we’ve been hearing that automation was going to kill so many jobs that overall employment levels would fall sharply.

In the 1950s, experts testifying before the U.S. Congress were wondering what people would do with their time when they did not have to work. That outcome never happened. Perhaps things will be different this time.

Some observers believe that the coronavirus crisis is causing employers to substitute machines for people at a faster rate than before. As examples, one journalist has noted that auto and real estate sales are becoming more automated and will stay that way. If automation begins to reduce the total number of jobs, we should be ready with effective job programs.

6. Government Guidance and Investment for Left-behind Communities. The government must help depressed rural communities around closed coal mines and urban neighborhoods that have been crushed by years of poverty and unemployment. The private sector fails in this area. Many such communities and regions are plagued by tons of opioids and few jobs. Some rural areas may not be economically viable. But we need smart thinking to save areas that can be saved. And we should not grant giant subsidies to low-wage, low-benefit companies like Wal-Mart.

7. Direct Government Job Creation: Finally, we need direct job creation by the federal government because important tasks are not getting done by the private sector.

The list is huge and includes having more Head Start workers and going ahead full-bore toward a greener economy. Many roads and bridges are in bad condition. We can insulate more homes. We will need to expand the health-care sector and expand and lift all kinds of care-workers. Readers will have additions for this list. There is work to do—and people who want to work. Not all the work can be done while the pandemic is raging, but some can be, and plans should be developed for job programs that start as the Covid-19  threat recedes.

[Frank Stricker is a member of board of the National Jobs for All Network. He taught history and labor studies at California State University, Dominguez Hills, for most of his adult life.  His new book, “American Unemployment: Past, Present, and Future,” provides historical background and current analysis for his essay.]