Let “natural herd immunity” as a pandemic relief strategy be extinguished with the end of 2020. 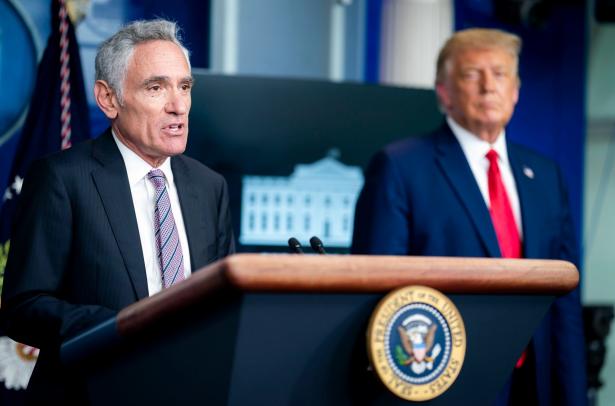 It’s year-end-list season. Usually, the Vox science team has some fun and compiles a year-end list of bad ideas in health and science that ought to die with the end of the year. In the past, we’ve targeted homeopathic medicine, declared it was time to end the relevance of the fatally flawed Stanford Prison Experiment, and dispelled myths about climate change. This year, though, we have only one target for intellectual demolition.

With the end of 2020, let’s leave behind the idea of using herd immunity acquired through natural infections as a means of combating the Covid-19 pandemic. That’s a lot of words to describe a simple, terrible idea: that we could end the pandemic sooner if more people — particularly young, less-at-risk people — get infected with the coronavirus and develop immunity as a result.

As a response to a pandemic, the idea is unprecedented. “Never in the history of public health has herd immunity been used as a strategy for responding to an outbreak, let alone a pandemic,” World Health Organization Director-General Tedros Adhanom Ghebreyesus said in October. “It is scientifically and ethically problematic.”

And yet it held sway — at the White House, in particular.

Former White House adviser Scott Atlas (who is a neuroradiologist, not an epidemiologist) was particularly vocal about pursuing more infections. “When younger, healthier people get infected, that’s a good thing,” Atlas said in a July interview with San Diego news station KUSI-TV. “The goal is not to eliminate all cases. That’s not rational, it’s not necessary if we just protect the people who are going to have serious complications.”

Let’s be clear, it’s not a “good thing” when young people get sick. For one, some of these young people may die, more may get severely ill, and a not-yet-understood proportion of them could suffer long-term consequences. The more people infected, the more chances for rare, horrible things to happen, like a 4-month-old developing brain swelling after testing positive for Covid-19. For that reason, among others, attempting to keep infections to only young or lower-risk people is a foolhardy game to play.

There’s an almost-understandable case for why some people would push for a herd immunity strategy. We are isolated from those we care about, businesses are hurting, education has suffered, and so has our mental health. What if we could just get back to some parts of normal life and contain the risks to those who are least likely to get hurt?

This thinking has proved reckless. Sweden, a country that pursued a more permissive strategy when it came to social distancing, has a much higher death rate than fellow Scandinavian countries.

And look at what happened in Manaus, Brazil: The city of around 2 million people experienced one of the most severe, unchecked Covid-19 outbreaks in the world. Researchers now estimate that between 44 and 66 percent of the city’s population was infected with the virus, which means it’s possible herd immunity has been achieved there (another estimate pegged the infection rate at 76 percent). But during its epidemic period, there were four times as many deaths as normal in Manaus for that point in the year.

More typically, the term “herd immunity” is referred to in the context of vaccination campaigns against contagious viruses such as measles. The concept helps public health officials think through the math of how many people in a population need to be vaccinated to prevent outbreaks. It’s not meant to be applied to control a pandemic through natural infection. Here are five reasons why:

In the US, severe Covid-19 deaths have disproportionately impacted minorities and less-advantaged populations. Encouraging herd immunity through coronavirus infections risks further isolating these already-marginalized communities from society, since they may not feel safe in a more relaxed environment. Or, even worse, we risk sacrificing their health in the name of reaching a level of population immunity sufficient to control the virus.

Soon, herd immunity will be a good thing — because of vaccines

Thankfully, we now have a means of building up herd immunity without the risks conferred by infections: vaccines. Unlike the immunity conferred by an actual viral infection, immunity obtained via vaccine doesn’t come with the cost of sickness and death. Vaccines are safe. And while they won’t turn the pandemic around overnight, they will help end it.

We still have to do some difficult waiting. Vaccine rollouts will be slow. Throughout 2020, “herd immunity” was used as a shorthand stand-in for “let the pandemic spread.” There was also persistent and erroneous wishful thinking by some who said herd immunity had already been reached, or could be reached sooner than scientists say, or could be reached without incurring horrible losses. Yes, the economic restrictions of the pandemic were, and still are, painful. But also true: the government could have done more to help.

And as it does, let’s not forget: The calls to build up herd immunity through infections were a terrible, terrible idea. Let’s not repeat them in the future.

Brian Resnick is a science reporter at Vox.com, covering social and behavioral sciences, space, medicine, the environment, and anything that makes you think "whoa that's cool." Before Vox, he was a staff correspondent at National Journal where he wrote two cover stories for the (now defunct) weekly print magazine, and reported on breaking news and politics.