“The proposal to reduce the 60-hour overtime threshold threatened to regulate New York’s family farms out of existence,” 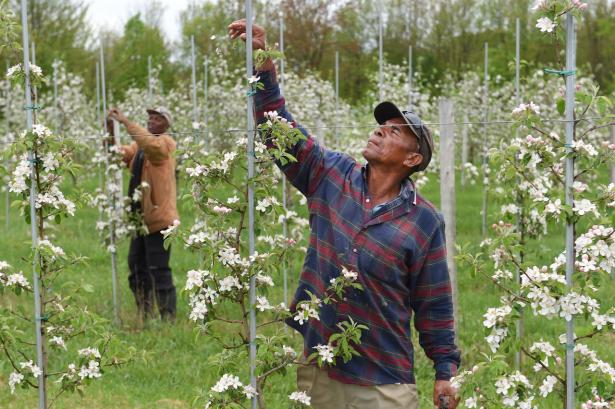 Syracuse, N.Y. – A decision on whether New York should make it easier for farmworkers to get overtime pay has been delayed at least until November.

The three-person Farm Laborers Wage Board voted Thursday to hold off on determining if the threshold for farmworker overtime pay should be reduced from 60 hours a week to 40 hours.

Brenda McDuffie, who chairs the board, said during a virtual meeting more time is needed to analyze the issue because of economic uncertainty caused by the Covid-19 pandemic.

But board member Denis Hughes, a former president of the state AFL-CIO union organization, called the delay “an affront” to agriculture-related businesses that already pay overtime to employees who work more than 40 hours a week. He proposed the 60-hour overtime threshold be gradually reduced over 10 years.

The state passed a law in 2019 requiring farmworkers to be paid overtime when they work more than 60 hours a week. Labor groups pushed for the overtime threshold to be lowered to 40 hours a week, similar to many other industries. But the agriculture industry opposes the idea.

The state Labor Department appointed the board early last year to gather testimony from farmers and workers, then issue a recommendation on the overtime issue which was due Thursday.

“The proposal to reduce the 60-hour overtime threshold threatened to regulate New York’s family farms out of existence,” Barclay said in a prepared statement. “The farms that provide goods and services here, and across the country, are on the brink of collapse.”

The board’s decision affects about 24,000 farmworkers statewide, including 2,436 in Central New York, according to the state Labor Department.