books The Rise of Fascism

Here is a history of fascism in Europe that may be helpful as we consider this troubled, and troubling, moment. 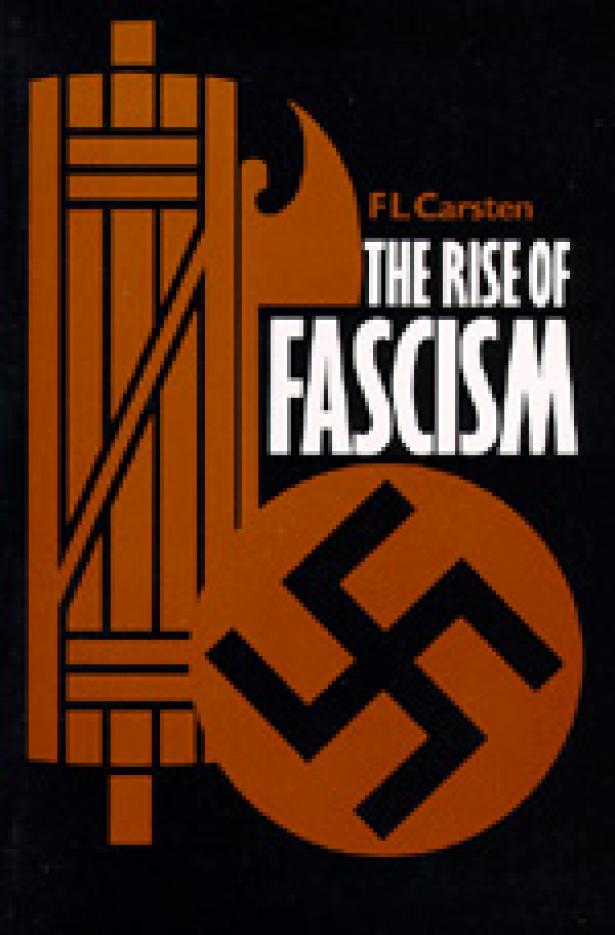 During the entirety of the administration of President Donald Trump, books on fascism have been popular. It is probably unprecedented in the history of the United States that the election of a president would spark interest in the history and emergence of fascism. Many of these books, like On Tyranny (2017) by Timothy Snyder, are prospective, and offer warnings about the dangers our society has faced these last four years. At the same time, there has been renewed interest in the classic, The Origins of Totalitarianism (1951), by Hannah Arendt, a massive work that traces the history of both society and of ideology in Central and Eastern Europe from the mid-19th century through the second and third decades of the 20th century.

These books, and many others of their type, contain a host of useful insights. Snyder's treatise has the air of just-before-panic about it, but its set of warnings, billed in the book's subtitle as "twenty lessons from the twentieth century," also court the response of being too simplistic. On the other hand, Arendt's book is full of detail, but its depth can have an overwhelming impact on a reader. Completing this work can be a daunting task. Like many other studies of its subject, fully understanding Arendt's work seems to require that readers possess far more specialized background knowledge of central European interwar history, politics, and culture than most will be able to muster.

The Rise of Fascism was first published in 1967 and is now in its second edition. At 280 pages, it has the virtue of brevity to recommend it, but it is also worthwhile because it offers a specific narrative of how fascist movements and parties came to power in Italy, Germany, and elsewhere in Europe in the years between the end of WW I and the 1930s.

This treatise is especially illuminating on Germany and Nazism. Its picture of the inner machinations of political elites during the late years of the Weimar Republic is invaluable. Especially illuminating is Carsten's demonstration of just how those elites chose Adolph Hitler's party over democracy, and how quickly Hitler turned the complicity of those elites against them, snuffing out both democracy and independent civil society with breathtaking ruthlessness.

Carsten (1911-1998) was a German-born refugee from Nazism who became an eminent British historian. Here he offers a portrait, not just of Hitler and the Nazi Party, but of the whole background of the anti-Semitic movement in Germany in the years just before and after World War I. Where Arendt, for instance, takes us all the way back to the relationship between the origins of anti-Semitism and the rise of both the bourgeoisie and the nation state, Carsten is more focused on specific movements and personalities during the immediate pre-and-post WW I years.

Readers can also find here a remarkably detailed narrative on the crisis of the Weimar Republic and democracy in Germany during the early years of the Great Depression, a tale that is illuminatingly told despite its brevity. We see just how weak, institutionally, democracy was in that country. Many comments on the crisis of the Weimar Republic focus on the conflict within the left, between the Socialist and Communist parties, which, it is said, opened the path to Hitler and tyranny. Carsten comments on this as well, but he also shows us that the Republic was a weak proposition from its beginnings. Its institutional structure reflected Germany's absence of strong democratic traditions. The alienation of much of the population from democracy as such was a big factor in facilitating the growth of the fascist mass movement. The left parties, though they, too, were mass movements, seemed to command strong minorities, but could not, by themselves, command a powerful enough majority to thwart the fascist threat. For that, a working class-middle class alliance was necessary, and large segments of the middle classes were, as the Depression gathered steam, increasingly falling under Hitler's spell.

One other factor that was critical to the Nazi Party's rise to power was its ability to command a several thousand-man strong private army, whose purpose was to intimidate civil society. By the time he consolidated power, Hitler already had a terrorist state in waiting, ready to immediately take the reins. It is true that Hitler would never have been able to ascend to leadership had he not had strong support from the traditional ruling circles, including the armed forces, the big capitalists, and the old nobility. But this private army, which was the early iteration of the SS, was behind a host of riots and civil disturbances that stoked the chaos and crisis that led to a virtual breakdown of civil authority. In the subsequent power vacuum, Hitler appeared, to the country's old ruling class and to its military elites, as the obvious solution.

It is likely that the current and immediate crisis in the United States will pass. Trump's claims that the 2020 election was stolen from him will fade into its rightful place, as fodder for bad jokes from bad standup comics. Joe Biden and Kamala Harris will be inaugurated as President and Vice President on January 20. As of this moment, it appears unlikely that today's crisis is really this country's Munich Beer Hall Putsch, the name commonly given to Hitler's failed 1923 coup d'état, the history of which Carsten elegantly narrates. Yet, as unlikely as historical repetition may now seem, it remains the case that broad, deep and assertive public vigilance against the fascist currents that have been stoked for the last half decade by Donald Trump, his party, and his milieu, is now more warranted than ever.

Geoffrey Jacques is a writer, poet, and critic. He is a Portside Book Review moderator.