The Alphabet Workers Union said YouTube’s response to the insurrection was “lackluster” and inadequate. In a statement, the group said Google was not enforcing its own policies, while the platform was being used to “spread hatred and extremism.” 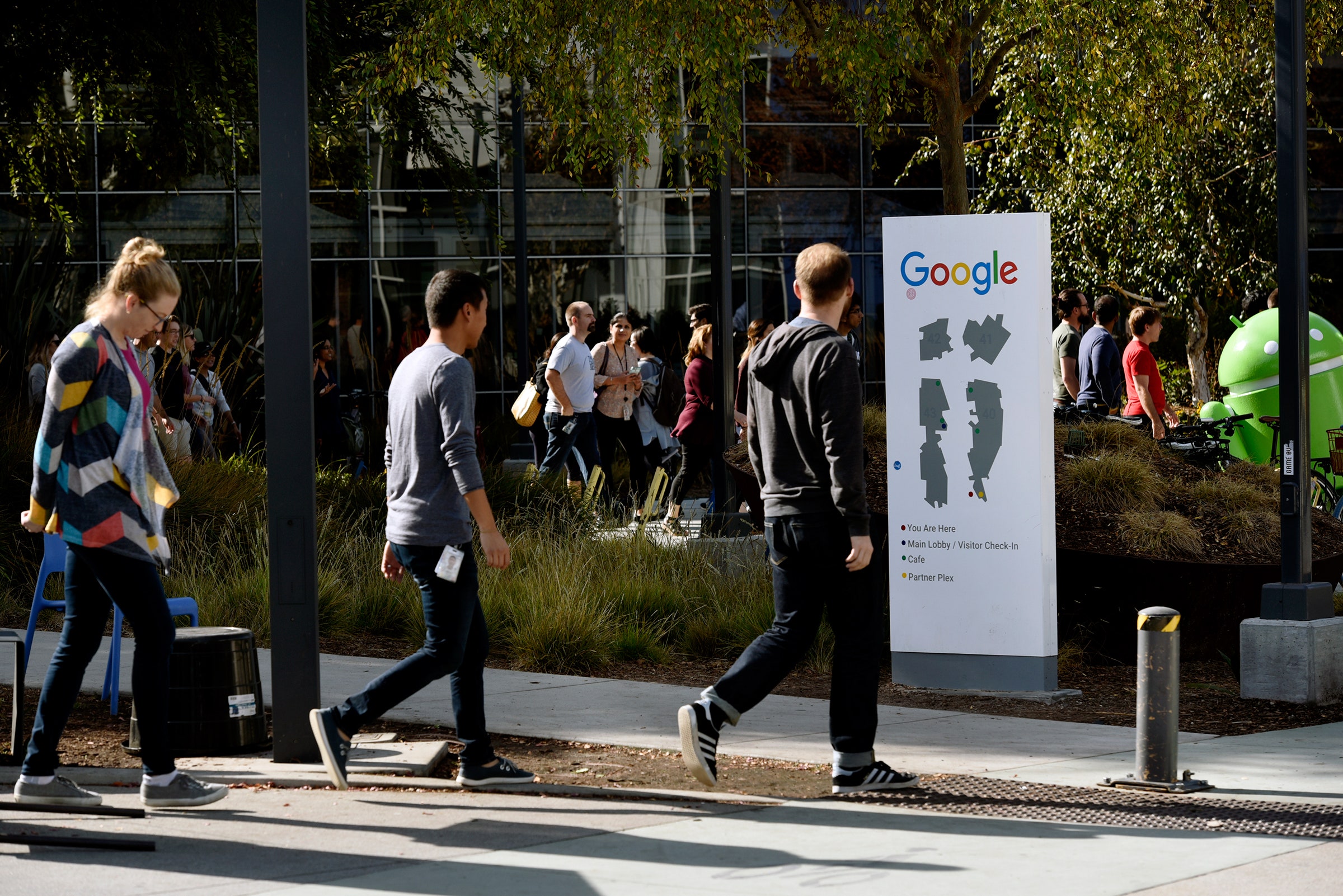 The Alphabet Workers Union formed after years of unrest among employees at Google.PHOTOGRAPH: MICHAEL SHORT/BLOOMBERG/GETTY IMAGES

ON JANUARY 4, a group of workers at  Google parent company Alphabet said they had formed a union to influence the company’s approach to political and social issues. Three days later, the Alphabet Workers Union got its first chance. A crowd incited by President Trump had stormed the Capitol in Washington, DC, sparking recriminations in the capital and in the atomized home offices that now make up Silicon Valley. YouTube had deleted a video the president posted amid the violence on Wednesday. But unlike Facebook, Twitter, Snapchat, and Amazon-owned Twitch, YouTube did not suspend Trump’s account.

The Alphabet Workers Union said YouTube’s response was “lackluster” and inadequate. In a statement, the group said Google was not enforcing its own policies, while the platform was being used to “spread hatred and extremism.” “YouTube will continue to function as a vector for the growth of fascist movements if it persists in prioritizing advertisers while exposing the public,” AWU wrote. Google did not respond to requests for comment, but told Fortune that the president’s account had not violated its three-strikes policy.

The AWU is somewhat unusual in that it is affiliated with the Communications Workers of America but won’t seek recognition or collective bargaining rights through the National Labor Relations Board. “We will use our reclaimed power to control what we work on and how it is used,” AWU writes in its mission statement. “We will ensure Alphabet acts ethically and in the best interests of society and the environment.”

The group says it now has more than 700 dues-paying members. But that’s still a tiny percentage of Alphabet’s 130,000 employees—and an even smaller share of the company’s total workforce, including temporary workers, contractors, and vendors. The union is unusual in another respect, because it welcomes contractors and temporary workers.

Labor experts say this untraditional arrangement could chart a way forward for organizers in tech companies, which—like lots of white collar workplaces—have proven hostile to organizing. Today, organizers are likely to have difficulty drumming up enthusiasm for a union among Google employees, many of whom like their jobs and are well compensated, says Janice Fine, a professor at Rutgers University and the research and strategy director of its Center for Innovation in Worker Organization. “These workers aren’t going to get the majority of workers on their side, but they’re trying to figure out how you protect the minority who are willing to speak and create an organization that can push Google,” she says.

“Minority,” “solidarity,” or “open” unions like Alphabet’s exist outside some protections of federal labor law. AWU can’t collectively bargain with Alphabet, which may limit its influence with the company. But any group of more than two employees organizing together is legally protected from retaliation. The model might be a particularly good fit for sprawling multinational tech giants, whose workers have many varied roles.

“This model opens up a lot of possibilities, and it creates a dynamic where workers can leverage their power through an organization,” says Wes McEnany, the East Coast lead for CWA’s Campaign to Organize Digital Employees. He says that since the organization launched last week, the union has heard from employees at other tech companies interested in organizing their own solidarity groups. (Editorial employees of WIRED are members of a union that is affiliated with the CWA.)

“This model opens up a lot of possibilities, and it creates a dynamic where workers can leverage their power through an organization.”

Fine says workers have been looking for novel ways to organize for three decades, as court rulings and state laws made the country less hospitable to traditional unions. Just 10.3 percent of US salaried workers were members of unions in 2019, compared with 20.1 percent of salaried workers in 1983, the first year for which comparable data is available. “Alt-labor” organizations like nonprofit worker centers have cropped up to provide legal advice and other forms of support to workers. The Fight for $15 movement has since 2012 organized fast-food workers across the country to strike for higher wages, notching wins in places such as New York, California, Florida, and Seattle. More recently, gig workers for companies such as Uber, Instacart, and DoorDash have organized in support of legislation to make them employees instead of contractors, without the imprimatur of official recognition. CWA has experience organizing public employees in states such as Texas, where collective bargaining by government workers isn’t protected by law.

Tech workers are different from low-wage fast-food workers organizing for higher pay. The median Alphabet employee earned $258,708 in 2019, according to financial filings. Organizers want to support temporary and contract workers, but recognize that fighting for higher wages is not a top issue for most Alphabet workers. Instead, the drive to unionize was born out of four years of upheaval at the company. It began in 2018, with employee opposition to a US government contract to use AI to improve drone strike targeting, and a 20,000-employee walkout in response to multimillion-dollar settlements with executives accused of sexual misconduct. Since then, Google employees involved with organizing say they’ve been retaliated against. And late last year, the alleged firing of AI researcher Timnit Gebru triggered another wave of discontent within Alphabet, this time with the company’s approach to racism and racial disparities.

Workers at other tech companies also are trying to influence their employers following last week’s insurrection. Over the weekend, an Amazon employee advocacy group urged the company to cut ties with Parler, a social media service popular with far-right political figures; by Saturday, Amazon Web Services said it would no longer provide services to Parler. The Washington Post reported Friday that more than 350 employees signed a letter urging CEO Jack Dorsey and other executives to permanently ban the president from Twitter—which it did just a few hours later. A Twitter spokesperson pointed WIRED to a blog post citing Trump’s violations of Twitter policies for the ban. In a statement, the spokesperson said, “Twitter encourages an open dialogue between our leadership and employees, and we welcome our employees expressing their thoughts and concerns in whichever manner feels right to them.”