In a court filing late Thursday, the DoJ laid out the goal of the attack in uniquely stark terms: “the intent of the Capitol rioters was to capture and assassinate elected officials in the United States government." 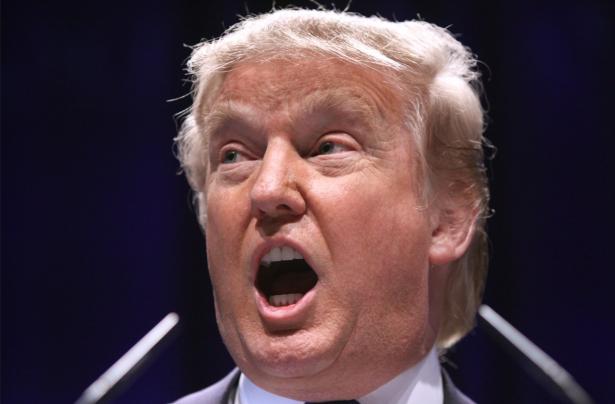 Our collective understanding of the scale and scope of the assault on the Capitol grows by the day, with each new video, every unearthed selfie, and revelation after revelation about the participants’ dark pasts. The Department of Justice, in a court filing late Thursday, laid out the goal of the attack in uniquely stark terms, saying that there was “strong evidence” that “the intent of the Capitol rioters was to capture and assassinate elected officials in the United States government.” Eyewitness accounts and videos from the scene on Jan. 6 appeared to show elements of a coordinated, military-style attack, but prosecutors have so far largely refrained from making that assertion as they collected evidence and made arrests around the country—until now.

Popular on Slate in NEWS & POLITICS

The American public is now entering a new phase of understanding about the events of last week, and the alleged motive of capturing and assassinating lawmakers is chilling. The allegation that at least some members of the mob that day were engaged in a mass assassination attempt came as part of prosecutors’ pretrial detention memo, in which they are seeking the detention of Jacob Chansley, the wildly adorned rioter clad in face paint, buffalo horns, and a coyote skin headdress, also known as the “QAnon Shaman.” Chansley, who was photographed at the vice president’s desk in the Senate chamber, left a note there for Vice President Mike Pence that read “it’s only a matter of time, justice is coming.” Chansley called the FBI the day after the siege, prosecutors say, and told them “he was glad he sat in the Vice President’s chair because Vice President Pence is a child-trafficking traitor,” but that he did not mean his note to Pence as a threat. A lawyer for Chansley is now reportedly seeking a presidential pardon.

Subscribe to the Slatet newsletter.
A daily email update of the stories you need to read right now.

The true extent of the threat posed by the rioters is becoming more and more clear. “We weren’t battling 50 or 60 rioters in this tunnel,” D.C. police officer Michael Fanone told the Washington Post. “We were battling 15,000 people. It looked like a medieval battle scene.” Officers described being blinded by rioters’ bear spray and smoke grenades. “Everything they did was in a military fashion,” Robert Glover, the D.C. police on-scene commander, told the Post. Glover said rioters used hand signals and flags, taking high positions and using wireless communications, as they fanned out in what he described as “military formations.” Many rioters wore tactical gear, and some brought zip ties, which would appear to further corroborate the belief that at least some rioters intended to take hostages.

“Thank you, but f*ck you for being there”
Watch every second of this DC metro officers interview with CNN. pic.twitter.com/zUOafxRdBU

“I didn’t want to be the guy who starts shooting, because I knew they had guns—we had been seizing guns all day,” D.C. police officer Daniel Hodges told the Post. “And the only reason I could think of that they weren’t shooting us was they were waiting for us to shoot first. And if it became a firefight between a couple hundred officers and a couple thousand demonstrators, we would have lost.”