Julian Assange’s extradition to the US has been blocked, but he still faces the injustice of years in prison in the UK. While world leaders remain quiet, AMLO stands alone in speaking for freedom of speech — and has offered Assange asylum in Mexico. 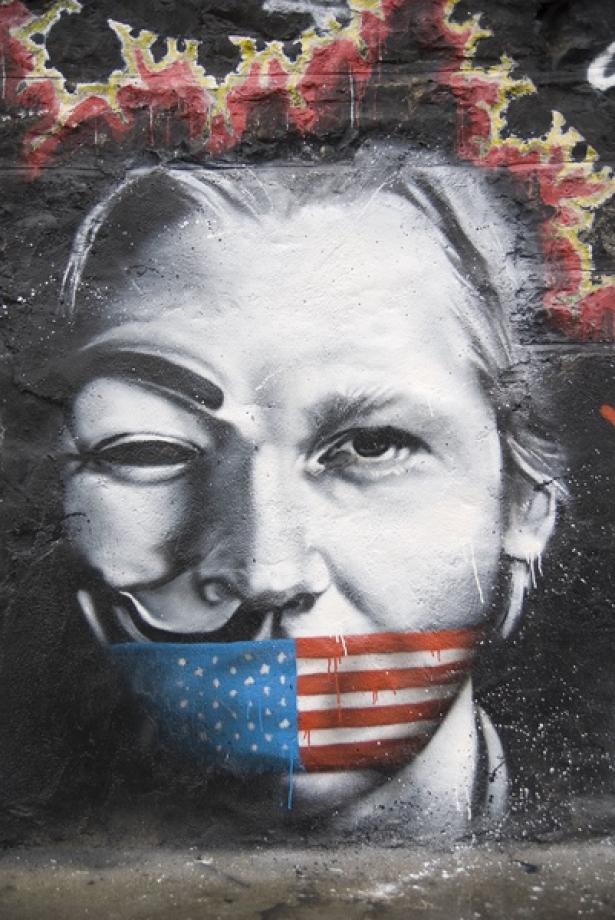 On Monday, January 4, a magistrates’ court in London rejected the extradition request made by the United States for WikiLeaks founder Julian Assange. In a narrow ruling, District Judge Vanessa Baraitser determined that the “harsh conditions” imposed by the American penal system would cause Assange’s mental health to deteriorate and very likely lead to suicide, making an extradition order “oppressive.” Although welcome in its refusal to hand Assange over to the United States, the ruling accepted all of the Trump administration’s main legal arguments for extradition, thus condoning, or even strengthening, future attacks on press freedom.

That same day, at his morning press conference, Mexican president Andrés Manuel López Obrador (AMLO) began by classifying the UK decision as a “triumph of justice.” He then continued:

I am going to ask the Foreign Secretary to … request from the UK government the possibility of Mr. Assange being freed and for Mexico to offer him political asylum. With everything that the right of asylum means in our tradition which is protection but, at the same time, the responsibility of ensuring that the recipient does not intervene in the political matters of any country. We would be in conditions to offer this asylum…. So, a pardon for Mr. Assange and asylum in Mexico.

AMLO’s very public offer — made personally rather than by means of a representative or communiqué — is a rousing defense of press freedom, with the added weight of having come from a head of state. Though there is a long course to run in the courts before such an offer could be seriously taken up, AMLO’s gesture is important and, at this stage, has not been matched by any other leader.

It is also very much in line with Mexico’s history of offering asylum to refugees, from Spanish Civil War republicans and orphans to anti-Pinochet militants from Chile to thousands of other South Americans fleeing the state-sponsored, US-backed terrorism of Operation Condor.

In 2019, AMLO himself sent a plane to Bolivia to collect Evo Morales, whose life was in danger following the coup that deposed him from power. Following asylum stays in Mexico and Argentina, Morales returned to Bolivia after the victory of Luis Arce in the presidential elections of October 2020.

Beyond respect for asylum as an abstract principle, there is also a more direct connection to the case. In 2011, WikiLeaks handed over some 2,995 dispatches from the US State Department to the Mexican daily La Jornada. This led, in the following year, to the publication of the book México en WikiLeaks: WikiLeaks en La Jornada, a compendium of the newspaper’s reporting on the leaks.

Among the leaks were revelations that the administration of Felipe Calderón had considered declaring a “state of exception” — essentially martial law — to give the military free rein in its “war on drugs”; evidence of American concerns that Calderón’s Attorney General had ties to drug cartels; warnings that Calderón’s drug strategy was not only not working, but was at risk of losing control of various regions of the country; concerns about Calderón’s mental state; questions about whether members of the Mexican military, trained by the United States, had then joined the cartel Las Zetas; and the machinations of representatives of the Catholic church in an attempt to halt the rise of AMLO.

Such was the diplomatic turbulence caused by the leaks at the time that it cost the head of the then-US ambassador to Mexico, Carlos Pascual. For Mexico’s opposition at a very dark time, the revelations were critical in helping to crack open the inner workings of the authoritarian state.

From the Ecuadorian embassy, which he entered in June of 2012, Assange also supported the pro-democracy students’ movement #YoSoy132 and spoke out against the forced disappearance of the forty-three students from the Rural Normal Teacher’s School in Ayotzinapa, Guerrero. In each case, his interventions helped inject an international notoriety into the campaigns that was only heightened by his forced reclusion.

Together with the rescue of Evo Morales, the offer of asylum to Assange reflects an independent streak in AMLO’s foreign policy, one whose symbolic importance regarding the United States should not be underestimated.

The offer comes just weeks after the Mexican Congress approved a reform to its National Security Law that limits the operations of American intelligence agencies in Mexico. This comes amid the arrest, and subsequent release, of Mexico’s former Secretary of Defense Salvador Cienfuegos, and the furor it ignited over the abuse of security protocols and American respect, or lack thereof, for Mexican sovereignty.

As meaningful as AMLO’s gesture is, however, it should be placed in some context. Mexico’s southern border continues to be militarized, and refugees from Central America continue to face indescribable horrors and abuses on their journeys through the country. At the same time, Mexican journalists continue to face some of the most dangerous conditions in the world.

As commendable as AMLO’s offer to Assange clearly is, the refugees and journalists who are already in Mexico merit the same degree of protection, although they lack the luster of a famous name.

Kurt Hackbarth is a writer, playwright, freelance journalist, and the cofounder of the independent media project “MexElects.” He is currently coauthoring a book on the 2018 Mexican election.