The organizing effort at the century-old tabloid comes roughly 25 years after its editorial union was effectively broken. 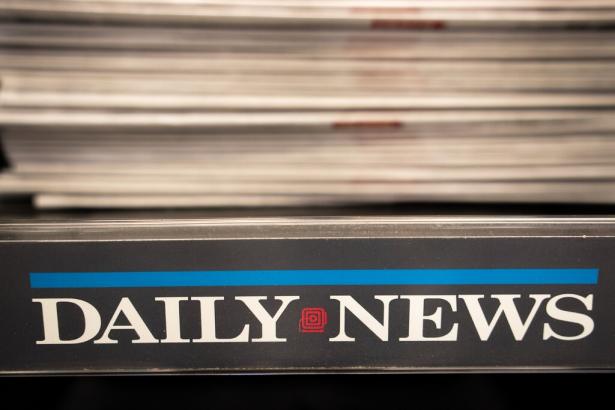 Newsroom employees at The New York Daily News have not had representation since the mid-1990s. , Jeenah Moon for The New York Times

Journalists at The New York Daily News, the 101-year-old tabloid that has fallen on hard times after an ownership change, pay cuts and sweeping layoffs, said on Friday that they had formed a union.

Newsroom employees at the paper, once a significant voice for the city’s working class, have not had representation since the mid-1990s, when its owner, Mortimer B. Zuckerman, effectively broke their affiliation with the Newspaper Guild of New York.

Workers at The Daily News said they had secured the signatures of more than 80 percent of newsroom staff members and had organized under the same union, now called the NewsGuild of New York. They said they had asked the newspaper’s owner, Tribune Publishing, for voluntary recognition.

“We’re thrilled to welcome our hometown paper back into the Guild,” Susan DeCarava, the president of the NewsGuild of New York, said in a statement.

Tribune Publishing did not immediately reply to a request for comment on Friday.

Union representation for newsroom employees took a hit in the 1990s. Mr. Zuckerman forced journalists to reapply for their old jobs when he bought the struggling Daily News, and Rupert Murdoch, the owner of the rival New York Post, managed to publish daily editions even as the paper’s staff members stood on a picket line. At the same time, journalists started to view themselves as professionals who had little in common with union laborers.

That attitude has shifted in recent years. Writers, editors, fact checkers and editorial assistants at The New Yorker, BuzzFeed News, Slate, Salon and other publications have formed unions, and the same trend has come to Tribune Publishing. Since 2018, newsrooms operated by the company that have gone union include The Chicago Tribune, The Hartford Courant and The Orlando Sentinel.

Newsroom employees at The Arizona Republic, owned by Gannett, and The Miami Herald, owned by Chatham Asset Management, formed unions in 2019. Many newsroom workers have had union representation for generations, including those at The New York Times, under the NewsGuild.

At The Daily News, discussions about rejoining the NewsGuild formally started in April, about a month after staff members started working remotely because of the coronavirus pandemic. Last summer, with workers continuing to do their jobs away from the office, Tribune Publishing said it had permanently closed The Daily News’s newsroom in Lower Manhattan.

By year’s end the company had closed newsrooms at many other publications, including The Courant. In addition to the newsroom shutdowns, Tribune Publishing permanently cut pay for employees making more than $67,000 annually and instituted three-week furloughs for those making between $40,000 and $67,000.

Tribune Publishing’s largest shareholder, the hedge fund Alden Global Capital, known for slashing costs at the newspapers it controls, has increased its influence over the company. In a letter to the Tribune board in December, Alden proposed buying the remaining shares in the company for $14.25 apiece. That offer is still pending.

“Alden has been hanging over The Daily News for a while now,” said Larry McShane, a reporter at the tabloid. “But regardless of who owns the paper, I think it’s important for us to be able to sit down and talk with them about decisions that impact our future and our livelihoods.”

The Daily News has struggled in recent years. In 2017, Mr. Zuckerman sold the paper to Tribune Publishing, then known as Tronc, for $1. The next year, the company cut the newsroom’s staff in half and ousted its top editor, Jim Rich.