Elections turn the tide in Ecuador and Haiti, and reports from Russia, Vietnam, India, and Google workers of the world! 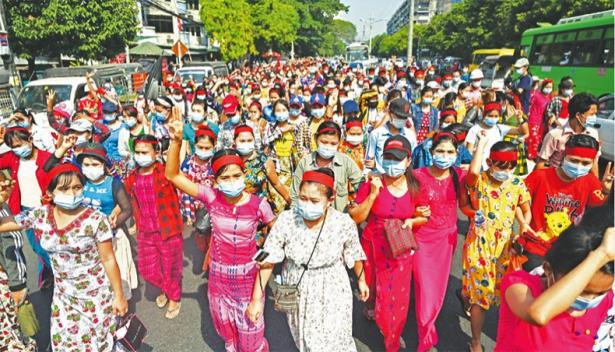 The Putin class of ‘Siloviki’ (the so-called ‘strong-men’) oligarchs is pitted against Navalny, a flag bearer of Western capitalism. Sad to say, there are no simple heroes here. But Navalny has roused a large portion of people to see through Putinism.

_________
Vietnam: A Deeper Look at the Communist Party Congress

Nguyen Phu Trong’s re-election as the party chief will ensure the continuation of the ongoing anti-corruption campaign, one aim of which is to reorganize the party through building a socialist state based on the rule of law, with top-to-bottom reforms.

The Left in the European Parliament (Brussels)

The farmers’ protest has turned a new page in the history of people’s movements. The supporting and opposing arguments about the protest are pivotal for upcoming discourses, for and against the government.

What does Morocco’s attack on Western Sahara mean for the future of the African Union?  Can countries like Nigeria, Egypt and Algeria allow an African country to be colonised?