‘Washington Has Been Asking the Wrong Question on North Korea’

“We need to shift our priorities now, from war to human needs. And in the case of Korea, a peace agreement would actually allow all parties to do that.” 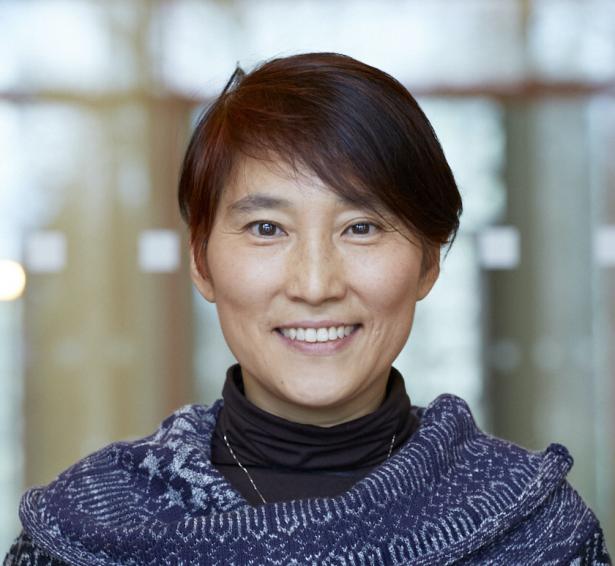 Janine Jackson: Despite its devastating destructive toll, the Korean War has been dubbed the “Forgotten War,” for the lack of public awareness or understanding in the US. Many Americans might be surprised to hear calls for peace on the Korean Peninsula, because we’re rarely made aware that the conflict there is ongoing, much less the US role in it.

And, then again, we don’t very often hear the phrase “Korean Peninsula.” We’re more accustomed to seeing North and South Korea presented as natural antagonists, and North Korea as a virtual cartoon of an official enemy, about whom no claim is too grandiose.

Into this context of myth and missing information comes a new call for a peace agreement to officially end the war. The report, called Path to Peace, was compiled by the Korea Peace Now! coalition, and we’re joined now by Hyun Lee, US national organizer for Women Cross DMZ, part of Korea Peace Now!. She joins us now by phone from Philadelphia. Welcome to CounterSpin, Hyun Lee.

Hyun Lee: Hi, thanks for inviting me, Janine. Thanks for that introduction.

JJ: Sure. Well, I do think that some people, while they might understand that the armistice signed in 1953 is not officially the same thing as a peace agreement, I think they’d be surprised to hear the present-day situation described as a “crisis.” So maybe first: What should we know about what makes the current state of affairs for people in the region unacceptable, and makes action necessary?

HL: Yes. Well, your audience may know that when the Korean War ended in 1953, it ended with an armistice, which is a temporary ceasefire, that recommended within 90 days of signing the agreement, there should be a political conference held to discuss the permanent settlement of the Korean War.

Well, to this day, 70 years later, that has not happened. And so the war is unresolved, which means that tens of thousands of troops on both sides have been in a constant state of readiness for war. And that’s been going on every day for almost 70 years. The US still has 20,000 troops there.

This is not a normal situation, is what we’re trying to say through the report. All sides have been pouring billions of dollars into a perpetual arms race, that is about the destruction of the other side. And people live in constant fear of war; now, it’s potentially nuclear war.

So what we’re saying through this report is, let’s end this abnormal, outdated armistice situation. Let’s end the unresolved Korean War, which is the longest US overseas conflict. And replacing the armistice with a peace agreement is the best way to do that.

JJ: In a piece that you wrote for Truthout in December, you say how US policymakers have spent decades asking—and, I would add, media have spent those decades echoing—”How do we get North Korea to give up nuclear weapons?” You know, that’s the question.

JJ: And that what we’re hoping for, and we perhaps have an opening with a new administration, is to shift that to “How do we get to peace?”

JJ: How do we get to peace with North Korea? The current story is very much about fear and sanction and containment. And this report reflects a different vision of what’s possible. So tell us about the “peace first” approach that this report is talking about.

HL: Sure. So as you say, I do believe that for far too long, Washington has been asking the wrong question on how to resolve the conflict with North Korea. And that question has been, “How do we get rid of North Korea’s nuclear weapons?” Well, that assumes that the problem actually began with North Korea’s nuclear weapons, so the solution, naturally, is to get rid of them. This has been the approach for the last 25 years, and we have come up empty-handed.

What we’re saying with the report is, let’s step back and ask a different question: How do we actually get to peace, and prevent the risk of a nuclear war? And our solution is to get to the root of the problem, and that is the unresolved Korean War.

So I just want to stress the urgency of this issue. Secretary of State Tony Blinken has recently said that the US should “squeeze North Korea,” and cut off its access to resources, to get North Korea to the negotiating table. On the other hand, at North Korea’s Workers’ Party Congress last month, Kim Jong-un said they will continue to develop nuclear weapons unless there is a fundamental change in US policy.

So what we’re trying to say is, President Biden’s theme is to “build back better.” The best thing that he can do to reduce the threat of nuclear war with North Korea, and build back better on the Korean Peninsula: End the Korean War with a peace agreement.

JJ: I think for many people, the story is one about potential future conflict. And I think what this report, one of the things that it underscores, is that this is a crisis now, that that the militarization, the literal separation of families, the absence of peace in the region, is a crisis now—although it could, of course, become a more encompassing, devastating beyond belief conflict. It already is a problem. I think that’s something missing from the US conversation about Korea.

HL: That’s right. And what our report also raises is a fundamental question about what makes us truly secure. We are spending close to a trillion dollars every year on military and defense. And we have to ask ourselves, has it made us safer? The multiple crises we face today cannot be resolved militarily.

So we’re also trying to say that we need to shift our priorities now, from war to human needs. And in the case of Korea, a peace agreement would actually allow all parties to do that, so that all sides can start to reduce their arms.

JJ: The coalition’s full name is “Korea Peace Now! Women Mobilizing to End the War.” It’s a global coalition of women’s peace organizations. And part of the message of the report is that women have to be part of the peace process. I take it, first of all, that that hasn’t been happening. Why is that so key?

HL: Yeah, because we believe that the human cost of the unresolved war has a gendered impact. And we talk about this in our report. There is a chapter dedicated to this issue, for example, the long history of state-sanctioned violence against women who work around US military bases in Korea. Also, the detrimental impact of sanctions on women in North Korea, that was the subject of another report we published two years ago.

And our feminist vision of peace raises a fundamental question about what actually makes women more secure. And war and militarization, we believe, are at the bottom of that list. And we hope that women in key positions in the new administration will support policies that make women secure. And again, in the case of Korea, a peace agreement that ends the constant threats of war, the 70 years of militarization and arms race, that is the best path for peace and security for all people, including women.

JJ: We’ve been speaking with Hyun Lee, US national organizer for Women Cross DMZ. Find the report, Path to Peace, online at KoreanPeaceNow.org. Thank you very much, Hyun Lee, for joining us this week on CounterSpin.

HL: Thank you, Janine, for having me.

Janine Jackson is FAIR’s program director and producer/host of FAIR’s syndicated weekly radio show CounterSpin. She contributes frequently to FAIR’s newsletter Extra!, and co-edited The FAIR Reader: An Extra! Review of Press and Politics in the ’90s (Westview Press).

Hyun Lee is the U.S. National Organizer for the 2020 Women-led Korea Peace Treaty Campaign. She is a writer for ZoominKorea, an online resource for critical news and analysis on peace and democracy in Korea.

Janine Jackson interviewed Women Cross DMZ’s Hyun Lee about ending the war in Korea for the February 12, 2021, episode of CounterSpin. This is a lightly edited transcript.  CounterSpin is FAIR’s weekly radio show, produced and hosted by Janine Jackson. It’s heard on more than 135 noncommercial stations across the United States and Canada. CounterSpin provides a critical examination of the major stories every week, and exposes what corporate media might have missed in their own coverage. CounterSpin highlights censored stories and exposes biased and inaccurate coverage, while examining the power of corporate influence and sexism, racism and homophobia in the news.