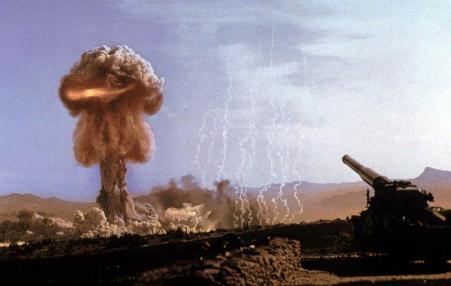 When the US entered the nuclear age, it did so recklessly. New research suggests that the hidden cost of developing nuclear weapons were far larger than previous estimates, with radioactive fallout responsible for 340,000 to 690,000 American deaths from 1951 to 1973. The nuclear bombs dropped by the U.S. on Hiroshima and Nagasaki resulted in 250,000 deaths. And now, Donald Trump is threatening to use nuclear weapons on the Korean peninsula.
June 4, 2017 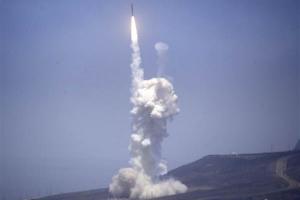 Whether this week’s test is successful or not, the GMD system is still far from being able to provide reliable protection from a real-world missile threat.
February 9, 2015

Call for US to Negotiate with North Korea: Proposal to Cancel Nuclear Tests

World Beyond War World Beyond War
The North Korean (DPRK) government disclosed on January 10 that it had delivered to the United States an important proposal to “create a peaceful climate on the Korean Peninsula". The US should negotiate with North Korea on its proposal to cancel nuclear tests in exchange for a US suspension of joint military exercises with South Korea.
April 4, 2013 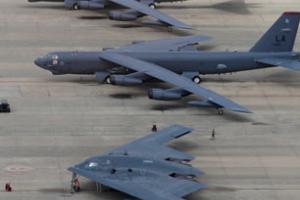 Second guided-missile destroyer to join the USS John McCain; annual joint US-South Korean maneuvers that have so far included, fly-overs by B-52 bombers and mock bombing runs close to the North's border by two B-2 Stealth bombers that flew directly from the US. The exercises, appear to have provoked the latest escalation in tensions, already at near-record highs after the UN Security Council imposed new economic and diplomatic sanctions against Pyongyang last month.
Subscribe to North Korea nuclear program