Whether this week’s test is successful or not, the GMD system is still far from being able to provide reliable protection from a real-world missile threat. 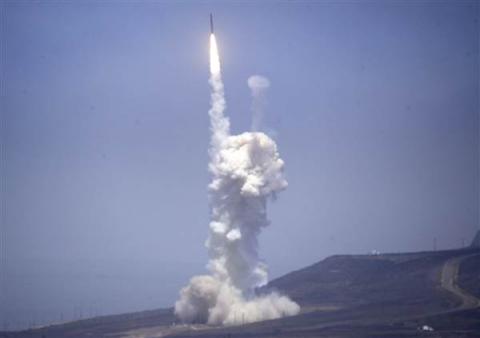 A flight test of the exercising elements of the Ground-Based Midcourse Defense (GMD) system is launched by the 30th Space Wing and the U.S. Missile Defense Agency at the Vandenberg AFB, California on June 22, 2014, Gene Blevins / Reuters

Scheduled for later this week is the 18th intercept test of the Ground-based Midcourse Defense (GMD) system since 1999, and the 10th since the system was declared operational in 2004. What do we know about the test, and what’s riding on it?

The GMD system is, after more than 15 years on an accelerated deployment schedule and on order of $40 billion spent, still essentially an advanced prototype. It has serious reliability issues. In 9 of the 17 intercept tests since 1999, the kill vehicle failed to destroy the target. The test record has not been getting better over time as you would expect for a system that is maturing. And the tests have still not been done under realistic conditions.

The Missile Defense Agency (MDA) has said the upcoming test will be the first test against an intercontinental-range target missile. Defending against long-range missile is, of course, what the whole system is about.

That leads to an important issue: what do we know about the target and how representative is it of what the US might face?

I was able to get the hazard zones for the test from the published Notices to Mariners for May 31-June 1, which are plotted in white in Google Earth. Figure 1 shows the zones where the stages will land from the launch of the target missile from Kwajalein and the interceptor from Vandenberg. These zones indicate the direction those missiles were launched. The large white region in the center is where debris from the intercept would land.

These zones allow us to determine that the target and interceptor will meet essentially head-on, and allow us to estimate the range of the target missile. 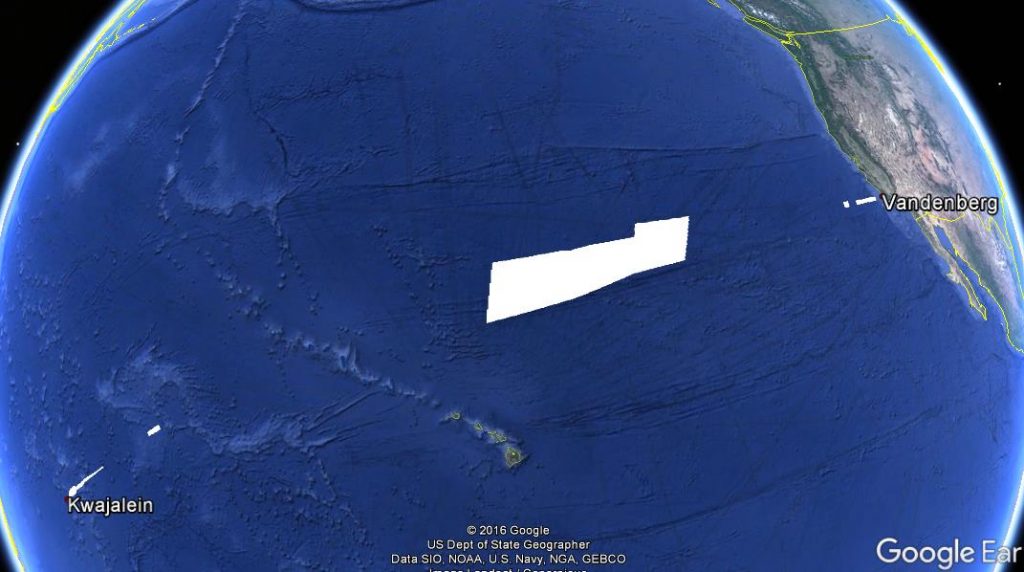 A straight flight out of Kwajalein (thin white line in Fig. 2) would send the target north of the intercept zone, so the target missile apparently maneuvers during boost phase to follow the light blue line and make the collision with the GMD interceptor (yellow line) more head-on.

The hard limit of the range of the target is about 5,800 km (3,600 miles). If its range were any longer, it would land east of the hazard zone. So the target appears to be just slightly longer than the minimum range (5,500 km or 3,400 miles) considered to be an ICBM.

Faster closing speeds give the interceptor less time to make course corrections, and are therefore more stressing for the interceptor. Table 1 shows the burnout speeds of missiles of various ranges on standard trajectories.

The conclusion I make from this is that the upcoming missile defense test is likely to be against an ICBM-range target that is marginally longer range than an IRBM, but significantly shorter range than missiles North Korea would need to target the United States. The closing velocity may be larger than the earliest tests of the system, which have been at significant crossing angles or with slower targets. The closing velocity is not likely to be significantly higher than recent tests against intermediate-range missiles, which also used a near head-on geometry.

The upcoming missile defense test will also be the first intercept test of a new kill vehicle and will use an upgraded booster for the interceptor.

The other interceptors are equipped with the CE-II kill vehicle, which has had only a single successful intercept test in three tries. The Director of Operational Test and Evaluation’s 2014 report stated: “The reliability of the interceptors is low, and the [Missile Defense Agency (MDA)] continues discovering new failure modes during testing.”

The kill vehicle is the heart of the homeland missile defense system. Yet it has been dogged by a persistent problem called the track gate anomaly, which has appeared in tests for more than a decade, and which led to a failed intercept in 2010. The Missile Defense Agency has tried software and hardware fixes, essentially to compensate for vibrations caused by the rough combustion of the small divert motors. The CE-II Block 1 kill vehicle uses a new set of those motors to try to solve this problem. It was flight tested in January 2016, without complete success. In that case, one of the four motors stopped working and the kill vehicle flew off course—way off course.

The improved interceptor booster has upgraded avionics, and addresses obsolescence and reliability issues.

What if the test fails?

While that may seem an obvious criterion, that’s not the way GMD business has been done in the past. All (or nearly all) other currently-fielded GBI were fielded before they had completed a successful intercept test, as is shown in Fig. 3. 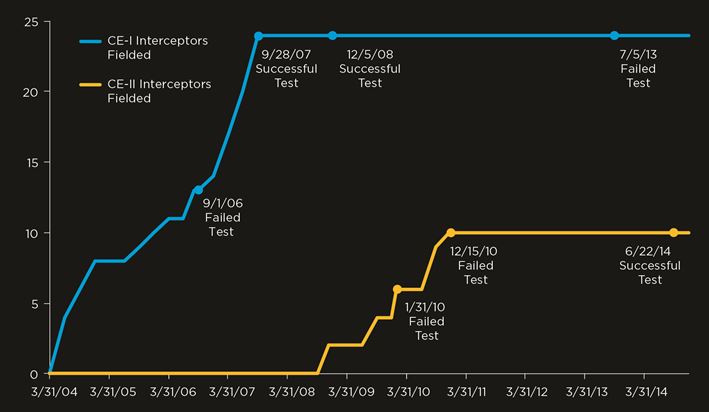 Fig. 3. This shows the number of deployed interceptors with the CE-I and CE-II kill vehicles (vertical axis) and the tests of those kill vehicles. (Source: “Shielded from Oversight”)

So, should this test fail, a consequence may be that the interceptor fielding would be put on hold until the test was repeated successfully. Because GMD tests take a significant amount of time to plan and organize, this is unlikely to happen quickly. For example, the January FTG-06 2010 intercept test failed and was repeated in December of that year.

Will political pressure to field these interceptors win out even if the test fails?

What if it’s a success?

Even if the test is successful, it is very important to look holistically at the capabilities of the system and what has actually been demonstrated. While this test may demonstrate that the Missile Defense Agency is on the right track with the fixes to the kill vehicle, overall it is not even close to demonstrating that the system works in a real-world setting. The system has not yet been tested in the range of conditions under which it is expected to operate—for example, it hasn’t been successfully tested at night or against complex countermeasures that a determined adversary would surely try to include. The Pentagon’s Director for Operational Test and Evaluation assessment in 2014 is that the tests to date are “insufficient to demonstrate that an operationally useful defense capability exists.”

A successful test this week is the basis for better understanding the capabilities of the system, but it is not the basis for expanding the system. Whether this week’s test is successful or not, the GMD system is still far from being able to provide reliable protection from a real-world missile threat.

Dr. Grego is a physicist in the Global Security program at UCS.  She received her PhD in physics from the Caltech in 1999. She was a postdoctoral researcher for three years at the Harvard-Smithsonian Center for Astrophysics, where she investigated issues in cosmology using X-ray, radio, and optical data, and numerical simulation. She has been at UCS since 2002. Areas of expertise: Space weapons and security, ballistic missile proliferation, ballistic missile defense