An interview with jazz master Archie Shepp discussing his views on politics and music. 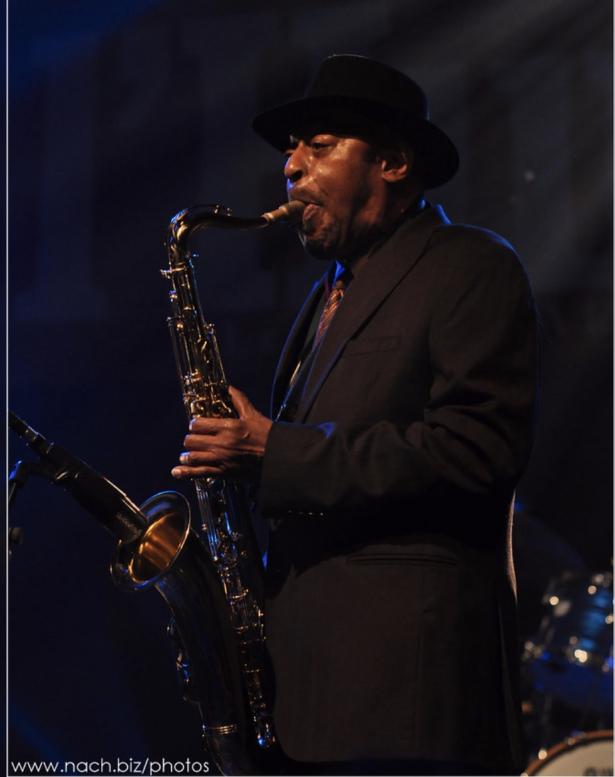 One night at Five Spot Cafe in the early 1960s, two gangsters were sitting at the bar when Cecil Taylor’s group started to play. Taylor, a pianist, poet and leading figure in the new vanguard of jazz musicians, was known for his intense sets that could – on the wrong night – clear bars completely. This particular evening on the Lower East Side, he had a small but committed crowd in, plus the two hoods, who began to talk loudly as the band struck up.

Archie Shepp, who was sought out by Taylor to play saxophone alongside him, remembers a young fan confronting them. “He was accosted by one of these thugs who knocked him down,” says Shepp. “The club was just about empty, but it was quite something because this guy stood up for the music and insisted that they be quiet.”

Shepp, now 83, has made a career out of music to stand up for. Not only experimental and boundary-pushing on an aesthetic level, it has also been closely wedded to the civil rights struggle, and the black power and consciousness movements.

In Ron Mann’s 1981 documentary Imagine the Sound, another of Shepp’s contemporaries and collaborators, Bill Dixon, talks about grabbing people in the 60s and asking them why they weren’t listening to John Coltrane. This generation of jazz musicians were urgent, agitated, and in the words of Val Wilmer’s classic book about the free jazz revolution, As Serious As Your Life. Albums called for Black Unity, several – including some of Shepp’s – pondered a return to Africa, and the most heralded of them all celebrated A Love Supreme.

Shepp’s music was at the forefront, but at the time of the Five Spot gig many people, including some of his peers, didn’t get it. Did he ever experience the walkouts? “Oh yeah, frequently,” he says. “But Cecil was really admired by people like Amiri Baraka and Bob Thompson, the painter. They were very attentive to this music, and they understood what he was trying to do. The larger musical community perhaps, was a bit more difficult.”

The apprehension is perhaps understandable. Formal structure was ripped up, tempos were changeable, melodies were anathema. Shepp’s 1967 album The Magic of Ju-Ju sets his sax against Yoruba talking drums and polyrhythms; Blasé sees poet Jeanne Lee and Shepp trade charged exchanges; he played with John Coltrane on his marauding free jazz album, Ascension. Shepp even admits to being perplexed by some of Ornette Coleman’s new experiments when he first heard them. “I found him to be an interesting composer from the very beginning,” he says. “Even though I didn’t really understand what he was doing.”

Five decades on, and Shepp is on the outskirts of Paris, in reflective mood. He speaks a little slower now, but he is still as sharp as one of his notes, and still releasing records, too. His latest is an album with the pianist and educator Jason Moran, whom Shepp discovered via YouTube and has collaborated with for the last three years. Moran says Shepp’s music has a “stance” or a perspective. “It is not passive, and it delivers powerful messages over and over again,” he adds.

Shepp says his music has changed over the years, it has mellowed – intentionally. “My music has become more accessible, I believe,” he says. “Probably because I wanted to reach the people who are closest to me. When I was a member of the so-called avant garde, I was on the fringes and people, my own people especially, didn’t listen to the music.”

He was born in Florida. He pestered his father to teach him the banjo, eventually learning the tenor saxophone. The family moved north to Philadelphia when he was 10 years old, and Shepp eventually made his way to New York, where he met and played with virtually all of the key figures during the era known as the “new thing”.

Shepp, along with his peers and friends, including his mentor John Coltrane, bandmate Don Cherry, and former leaders Taylor and Alice Coltrane inspire talk of god-like genius from some. But Shepp does have regrets about the way they operated. He acknowledges that his pursuit of experimental free jazz, at times, alienated the audience he wishes he could have connected with the most: black people.

Even his own family struggled to grasp some of it. “I remember my mother saying, ‘Well, honey, you’re still playing those little songs that don’t have no tune?’” he says, laughing. “So I was really aware of the fact that the things I was playing didn’t always have relevance to the audience that I want to reach.”

“We were primarily benefited from the presence of a largely white audience,” he adds. Was that hard to square because of the explicitly pro-black message of the music? “It always has been,” he says. “It was very disturbing at the beginning.”

The record sleeve of Attica Blues gives a hint to his mindset back then. Beer bottles and a saxophone sit atop a piano. Shepp smokes a cigarette with the famous picture of John Carlos and Tommie Smith’s black power salute at the 1968 Mexico City Olympics hanging in the background. It’s a busy, messy, inspiring scene that mixes music, tobacco smoke and Shepp’s politics of the day.

His new record is called Let My People Go, and taps into the undercurrent of black freedom that has always been present in Shepp’s work. The title easily slips in alongside his other albums, such as Things Have Got to Change, which were released decades earlier. So what does Shepp think of the US at the moment – is he optimistic, or has that faded over the years? “Well, things have not improved. If anything they’ve gone backwards,” he says. “I find it unacceptable, the murder of young people on the streets by the police and the continued abuse of power by institutions.”

Shepp says his own radical politics have held him back over the years. Taylor introduced Shepp to the work of Malcolm X, whom Shepp would dedicate a song to; he played at a communist youth gathering in Helsinki, attended the 1969 Pan-African festival in Algiers and wrote in DownBeat magazine in 1965: “If you are bourgeois, then you must listen to it on my terms. I will not let you misconstrue me. That era is over.” All that meant certain doors were slammed in his face.

“Even now it’s a hindrance in terms of the way I’m perceived,” he says. “But that’s who I am. I don’t compromise in some ways.”

How would he describe himself politically now? “Well, as a person who is a victim.” A victim? “Yes, because the institutional power that surrounds me is much more powerful than I am, and I can only protest as in Black Lives Matter. We make the society aware of our victimisation. I have no means of correcting the situation until the right people who are in control actually acknowledge the need to make change.”

When Shepp says this, he doesn’t sound defeated. There’s no resignation in his voice – if anything there’s a gritty defiance. What does he hope his legacy will be? “That I tried,” he says. “That a number of my works are dedicated to the ideas I believed in, and my efforts to express the sound of the blues and protest.” There’s a brief pause before he adds a coda. “We will never accept oppression.”

When I ask Shepp what his proudest musical accomplishment is there’s no hesitation: “Attica Blues is probably the most comprehensive, in terms of what I was striving to do,” he says. “I had access to expert musicians and through them I was able to deliver a message, which was an expression of hope for the children of the world. And in general, look for progress.” Who knows what would have happened to those gangsters if they’d have stayed to listen, and heard what Archie Shepp was trying to say.

• Let My People Go by Archie Shepp & Jason Moran is out now on Archieball.