Some freelancers have come out against the PRO Act, insisting that the pro-labor bill threatens their livelihoods. But they needn’t worry: the bill would transform labor relations for the better, it wouldn’t “kill” freelancing. 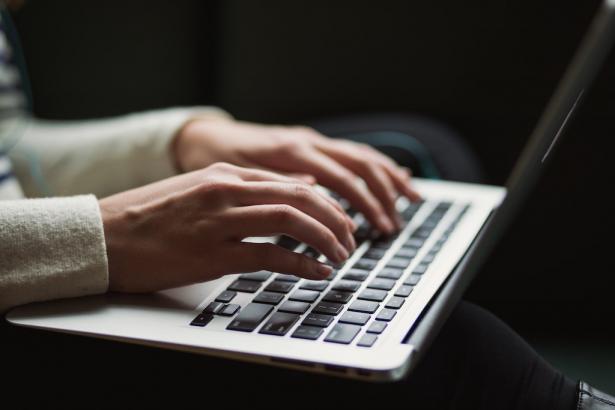 A small but vocal community of freelance writers has taken to social media to signal its opposition to the PRO Act's inclusion of the so-called ABC test. , (Kaitlyn Baker/Unsplash)

Private opposition to the Protecting the Right to Organize (PRO) Act has so far been surprisingly muted. The proposed bill is remarkably comprehensive in nature, encompassing the most far-reaching rewrite of the National Labor Relations Act (NLRA) since the Taft-Hartley Act passed in 1947. Perhaps this is because few insiders believe the PRO Act can pass a deadlocked Senate without a clearer commitment by Democratic politicians to gut the legislative filibuster, but whatever the case, you have to do some digging to see any real organized campaign against the bill as a whole. Even then, it’s the usual suspects ringing the alarm bells: the Chamber of Commerce, the Associated Builders and Contractors, the HR Policy Association, and other organizations which historically have strongly opposed unionism and any pro-worker legal amendments.

The exception to this is coming from a small but vocal community of freelance writers who have taken to Twitter and other social media platforms to signal their opposition to the bill’s inclusion of the so-called ABC test. The test, which, contrary to popular belief, has appeared in numerous state laws long before California’s Dynamex/Prop 22 episode, states that a worker is presumed to be an employee unless the employer can show that all three of the following conditions are satisfied:

A. The worker is free from the control and direction of the hiring entity in connection with the performance of the work;

B. The worker performs work that is outside the usual course of the hiring entity’s business; and

C. The worker is customarily engaged in an independently established trade, occupation, or business of the same nature as that involved in the work performed.

As freelancers like Erik Sherman and Bonnie Kristian have argued, prong B of the test is what causes concern to some in their profession. There is little to no difference in the type of work performed by writers who are independent contractors for a website and those who are employees of that website, so the fear (as I interpret it) is that the test would obliterate any employment-status distinction between the two.

However, the rest of these articles demonstrate a deep misunderstanding of labor law, invoking themes of forced unionization and ruined careers. These predictions are unfounded. The ABC test, if passed as part of the PRO Act, would only affect the analysis of employee vs. independent contractor status for the purposes of the NLRA. Put simply, the relevant question is whether certain workers possess rights under Section 7 of the NLRA, which guarantees employees (and employees only) the right to strike, collectively bargain, and engage in various other “concerted activities” for “mutual aid or protection.” Those deemed independent contractors under the NLRA have no such rights, and indeed would likely be engaged in price-fixing under antitrust law if attempting such tactics.

What would the PRO Act not affect? Literally anything else. It would not change a worker’s employment status for the purposes of state laws, such as those involving minimum wage, overtime, unemployment compensation, or various benefit schemes. Thus, a worker could feasibly be classified as an employee with unionization rights under the NLRA while still qualifying as an independent contractor under said state laws. Just ask the Screen Actors Guild or the International Alliance of Theatrical Stage Employees, who count many “freelancers” in the entertainment industry as members; they have no consistent employer but still collectively bargain for superior wages and benefits compared to nonunion counterparts.

We can drill down into the processes of how unionization actually occurs in this country to further dispel concerns. Unionization materializes through two processes under federal labor law: voluntary recognition by an employer or certification by the National Labor Relations Board. Neither can lawfully occur without demonstrated majority support (read: 50 percent plus one) by the proposed bargaining unit of workers seeking unionization. The NLRB is statutorily prohibited from seeking out unfair labor practice charges or representation petitions for elections to investigate on its own; the agency can only process those charges or petition which are filed to it by members of the public. Moreover, the NLRB can only begin to process a petition upon a showing that at least 30 percent of the proposed bargaining unit supports unionization. It will then direct an election, in which the union must win the 50 percent plus one number of participating voters to earn certification.

But as a threshold matter, the NLRB will only process a petition if the workers in the affected bargaining unit qualify as employees under the act. Even under the ABC test, employee status will not be assumed (even if presumed); the agency will first have to determine this for itself through a preliminary investigation.

What does all of this mean? There should be an obvious takeaway: any concern regarding forced unionization is simply baseless. The Wagner Act system of voluntary unionism, assuming even nominal employer opposition to a request for recognition, requires a detailed administrative investigation for majority support before unionization is ever conferred in a workplace. Even assuming a finding of employee status under the ABC test (following a deliberate invocation of the NLRB’s assistance), freelance journalists simply do not have to worry about being unionized unless a demonstrated majority of their freelancing colleagues at a website desire it. If we are to believe that an overwhelming majority of freelancers sought and cherish their independent status, then unionization remains a virtual uncertainty for these workers going forward regardless of how strong you make the employee presumption under any corresponding legal test.

Of course, focusing so much on freelancing writers risks ignoring the forest for the trees. Even under generous estimates, such freelancers number in the tens of thousands in the United States (and freelancing is hardly a stable career for most who attempt it). In comparison, Uber and Lyft alone count somewhere between one and two million drivers under their respective banners. Misclassifications remains rampant in the construction, trucking, and service-sector industries, including labor as tenuous as janitorial and housekeeping services.

There is no evidence that a large number of workers in these fields deliberately “seek out” their independent status, let alone a clear majority of them. Nonetheless, countless companies have been able to avoid unionization pushes by taking advantage of the NLRB’s outdated tests for employment status, which are rooted in “common law” analysis dating back hundreds of years and ignore the economic realities of modern employment relationships. This is what the ABC test (which, again, was utilized in over a dozen states and numerous nonunion contexts well before California made it such a controversy) is designed to rectify.

As I have argued, public understanding of labor law and what rights it affords workers is limited. This is understandable given falling union density, the NLRB’s statutory limitations, and intense employer opposition to any attempts to expand the law’s influence. Moreover, the law is inherently complex and esoteric, a phenomenon that is only magnified by the lack of institutional support for its teachings. But one thing that is not ambiguous is the NLRA’s opening preamble, which declares that it is the official policy of the United States to encourage the spread of collective bargaining in American industry. An employment test that presumes employee status is thus not only compatible with our nation’s labor code, it is the only test appropriate to carry forth this legislative mandate.

Brandon Magner is a labor lawyer. He writes about unions and the law at his Substack, Labor Law Lite.