The National Labor Relations Board (NLRB) issued a sweeping ruling that broadened the discretion of management to discipline or dismiss workers for offensive workplace conduct that arose in the context of union-related activity. 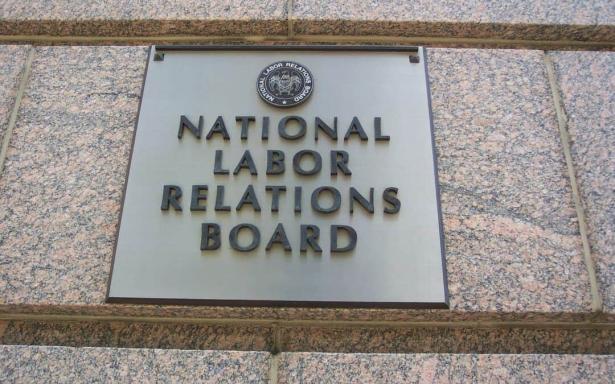 On the eve of a union election, an event venue server, frustrated with what he perceives to be management’s continuing disrespect towards its employees, takes to Facebook and uses profane language to describe a supervisor while urging his co-workers to vote to unionize. During a work lockout at a manufacturing plant, a white employee at a picket line shouts racist tropes and stereotypes at Black replacement workers.

It used to be the case that both actions constituted protected conduct that an employee could not be disciplined or dismissed for. That changed last July, when the National Labor Relations Board (NLRB) issued a sweeping ruling that broadened the discretion of management to discipline or dismiss workers for offensive workplace conduct that arose in the context of union-related activity.

The case involved a dispute between General Motors and Charles Robinson, a Black employee and union representative. At issue in General Motors were three discrete allegations of abusive employee misconduct—two of which, the Administrative Law Judge (ALJ) had ruled, retained the protection of the National Labor Relations Act (NLRA). The Board took the occasion to not only solicit input on the instant case at hand, but also comprehensively rework its general workplace civility doctrine. The ultimate decision, coming on the heels of national uproar over systemic racial discrimination and rampant sexual workplace misconduct, sought to streamline and clarify the Board’s workplace civility doctrine, while conferring onto employers greater latitude to discipline and discharge employees for “obscene, racist, and sexually harassing speech not tolerated in almost any workplace today.”

The Board’s workplace civility doctrine has long been marked by a latent conflict between an employer’s interest in curbing workplace harassment and an employee’s legal right to engage in protected union-related activity. For instance, Section 7 of the NLRA protects the right of employees to engage in all forms of concerted worker activism from employer retaliation. Title VII of the Civil Rights Act, on the other hand, obligates employers to discipline discriminatory, harassing employee conduct that fosters a hostile work environment. Consequently, where an employee’s actions arguably fall under both statutes, many commentators had noted the “Hobson’s choice” employers faced between being found liable under Title VII for failing to address harassment in the workplace and being found liable for unfair labor practices that improperly disciplined protected Section 7 conduct.

The ruling in General Motors represents the Board’s latest effort to resolve that conflict by effectively according employers greater latitude to chill concerted activity. Just a few years prior, the Board in The Boeing Company overruled precedent by establishing a much more employer-friendly test for assessing whether an employer’s facially neutral workplace civility codes impermissibly interfered with workers’ exercise of Section 7 rights. Building on that decision, the Board in General Motors voted unanimously to reinstate the forty-year-old test it had established in Wright Line for determining whether an employee’s misconduct that occurred in the course of union-related activity was protected by the NLRA. Under Wright Line, in order to challenge an employer’s disciplinary action for such conduct, an employee must first show that the employer was motivated by hostility towards that worker’s protected union activity. Even if a successful showing is made, the employer may vindicate their decision by proving that they would have taken the same action in the absence of the union activity. In applying the Wright Line test, the Board jettisoned a series of setting-specific standards that accorded employees varying degrees of leeway based on the context of the activity at issue: a multi-factor inquiry if the conduct arose in a face-to-face meeting with management, a “totality of the circumstances” test if the action occurred on social media, and an even more permissive “threat of violence” requirement if the action took place on the picket line.

In the immediate wake of the ruling, many sympathetic to the Board’s reasoning nevertheless expressed concern that the ruling went too far—to the point that it would “harm the very workers the Board claim[ed] it [was] attempting to protect.” Critics articulated strong reasons for generally erring on the side of workers in the context of expressive misconduct that arises in the course of union-related activity. As several unions who filed briefs in the case emphasized, an adversarial employee-employer setting is precisely where one might expect tempers to flare and emotions to give rise to passionate, though profane, speech. In such situations, employees may be much more disposed to use coarse and impolite language, while employers might be acutely sensitive to genuine accusations of mistreatment or discrimination. In Linn v. Plant Guard Workers Local 114, even the high Court recognized that “[l]abor disputes are ordinarily heated affairs… Both labor and management often speak bluntly and recklessly, embellishing their respective positions with imprecatory language.” Moreover, the compounding pressures workers currently face—given the toll inflicted by the coronavirus pandemic and a mental health epidemic—make profane employee outbursts both all the more likely and all the more understandable.

Indeed, there is a strong argument that, in certain contexts, even the Board’s prior precedent did not go far enough to protect candid, if charged, expressions of valid employee frustrations. For instance, consider the incident in General Motors that the ALJ—even after applying a much more employee-friendly multi-factor test—found did not retain NLRA protection. At a meeting with management, Robinson expressed concerns about how a proposal to subcontract out work would affect bargaining unit workers. When a company official told Robinson that he was speaking too loudly and accused him of “intimidating” him, Robinson, in a lowered, affected tone imitating a “slave voice,” sarcastically replied, “Yes, master, sir.” The company suspended Robinson, who challenged the action on grounds that his sarcasm was intended to spotlight the racist conduct of the company official that reprimanded him. As Robinson explained, “The way they were talking to me was racist… They always made me out like I was threatening and intimidating them in meetings because I’m Black, and because of my size.” There is therefore a real concern that even if the Board reverts back to its prior precedent, workers like Robinson—who may express legitimate grievances about discriminatory workplace conditions or treatment by company officials in inflammatory terms—would still face harsh disciplinary action with little legal recourse.

As the country continues to reckon with the rampant discriminatory misconduct that pervades its institutions—including, and especially, its workplaces—the Board will no doubt continue to titrate and perhaps even reconsider wholesale its workplace civility doctrine in light of shifting social mores. Its decision in General Motors merely constitutes the most recent iteration of how the law will evolve and change as society surely does. For some, it was a necessary doctrinal move—a sign that, at a time when public norms are rapidly moving away from the anachronism of condoning “rough-and-tumble” workplace behavior, labor law is finally beginning to catch up. For others, including many workers like Charles Robinson, the ruling was an overcorrection—a sign that, at a time when outcry over racial and economic injustice is intensifying and the need to legally safeguard worker expressive freedoms grows ever more pressing, labor law has fallen terribly short.