tv Leonardo, Ladies' Man: Why Can't We Accept That Da Vinci Was Gay? 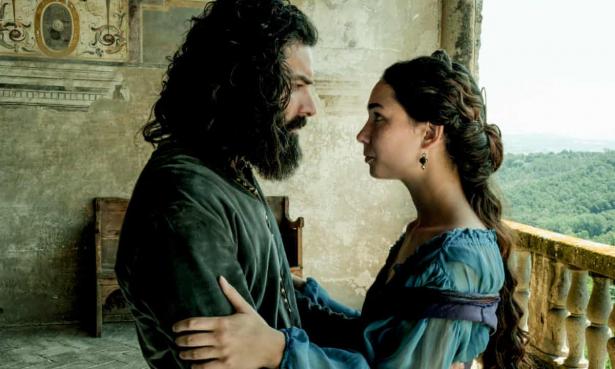 The woman in Leonardo da Vinci’s life is finally getting her due. The new drama Leonardo, due to start on Amazon Prime on 16 April, drags Caterina da Cremona out of the shadows. Billed as his “muse” and played by Matilda de Angelis from The Undoing, this forgotten woman of the Renaissance appears in publicity images deep in intimate dialogue with Aidan Turner as Leonardo.

The show’s writer Steve Thompson has explained her role in the show. “Some of his relationships were with men; those were significant relationships,” he told Variety. “But perhaps the most significant relationship in his life was with a friend who was a woman, with whom he was very close, and we unpack that.” Leonardo is framed as a murder mystery, and it claims to use this device to get at the reality of who the great Renaissance man was.

But Caterina is a figment, a fantasy, a complete piece of tosh, invented by a 19th-century Romantic and for some reason given highly unconvincing credence by one modern biographer, Charles Nicholl. 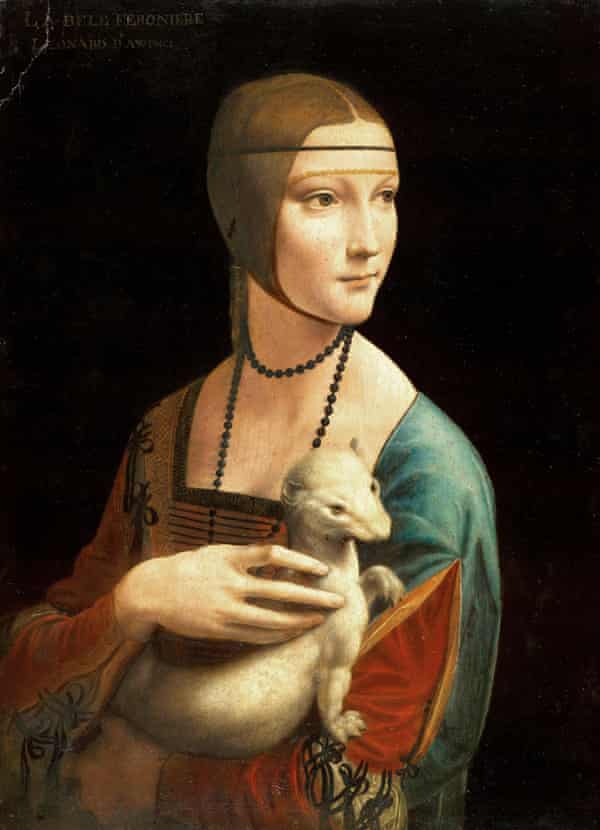 If the makers of Leonardo wanted a strong woman character, they had plenty of historical options. He clearly got on well with Cecilia Gallerani, mistress of the ruler of Milan, whom he portrayed holding a very phallic pet mink, perhaps to symbolise her power over men. He was also friends with Isabella d’Este, ruler of Mantua and art connoisseur. Most fascinatingly, there was his encounter with one Lisa, wife of the Florentine merchant Francesco del Giocondo. It’s said he got musicians to play and entertained her with jokes when she posed for the painting we know as the Mona Lisa. What was it he found so mysterious about her? But no solid evidence exists that he ever had a romantic relationship with a woman – either sexual or platonic.

His reputation for loving men has never been hidden and the TV series does depict his relationships with men. Giorgio Vasari’s book The Lives of the Artists, first published in 1550, suggests he was besotted with his male assistant Salaì, “who was most comely in grace and beauty, having fine locks, curling in ringlets, in which Leonardo delighted”. Gossip solidified into social history when documents were found at the start of the 1900s that show Leonardo was accused of “sodomy” before Florentine magistrates in 1476.

All the evidence is that men having sex was common in the art workshops of Renaissance Florence. The sodomy accusation against Leonardo was made to the fantastically named Office of the Night, a unique sex crime agency set up in 1432 to counter what was seen as a specifically Florentine vice. The records of the Office of the Night, brilliantly analysed by historian Michael Rocke, reveal that in Leonardo’s day “the majority of local males at least once in their lifetimes were officially incriminated for engaging in homosexual relations”.

As for Leonardo, he lived with his entourage of good-looking assistants and pupils, dressed them and himself in luxurious clothes including pink and purple tights, and drew stupendously sensual male nudes. 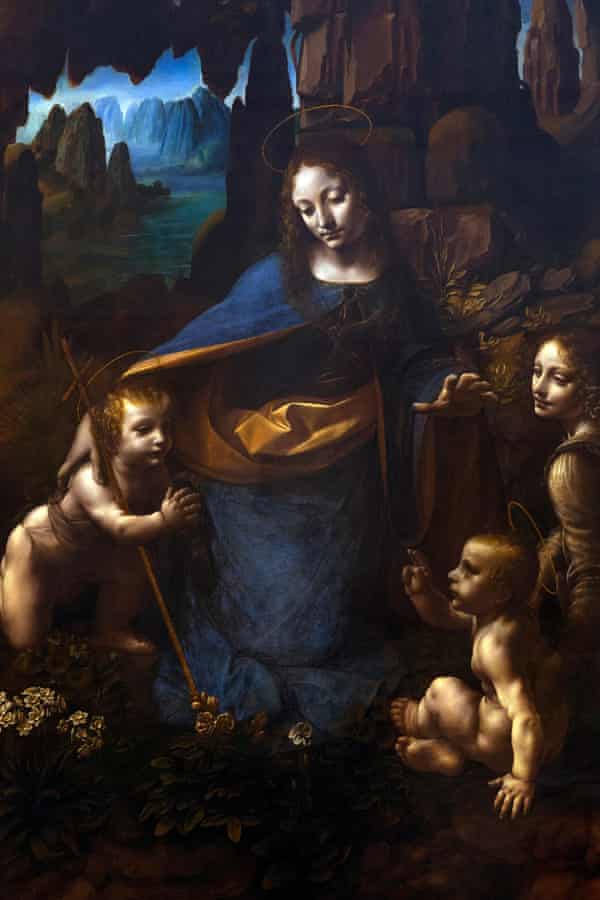 The most queer bit of painting in Britain … Leonardo’s Virgin of the Rocks, at the National Gallery. Photograph: Peter Barritt/Alamy

But for some people that leaves something missing from his life. So his affair with a woman from Cremona was invented in the Romantic age. An Italian writer claimed to have seen a mention in Leonardo da Vinci’s notebooks of his female lover called “La Cremona”. The passage is not in any of Leonardo’s surviving notebooks. And even in the Romantic age, it didn’t catch on.

I am trying to understand why anyone would be desperate to dig up this slender story. Yet one of Leonardo’s modern biographers, Charles Nicholl, tried to resuscitate it. Nicholl noticed a single word, “Cremonese”, in a list of names in Leonardo’s papers in the Royal Collection and claimed it might mean La Cremona. Nicholl then speculates that Leonardo, who would have been 57 at the time, slept with this north Italian sex worker. He can’t have painted female nudes without experiencing heterosexual love, he claims. It’s as if Leonardo’s homosexuality is incompatible with the universality of his art.

Instead of being bedazzled by Turner and De Angelis, why not go to the National Gallery when it reopens and look at Leonardo’s Virgin of the Rocks. The most hypnotic figure in it is an angel whose long curly hair matches Vasari’s description of Salaì and whose tender pale face is magically androgynous. This angel is the most beautiful and most queer bit of painting in Britain. The Leonardo I want to see on screen is the man who painted this.

This article was amended on 27 March 2021 to make clearer that Caterina da Cremona is not depicted as Leonardo da Vinci’s lover in the new series.