The Fourth Amendment in the Digital Age 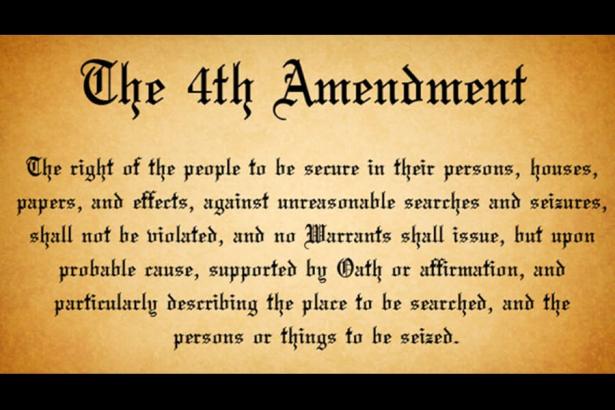 The Fourth Amendment stands for the principle that the government generally may not search its people or seize their belongings without appropriate process and oversight. Today, we are at a jurisprudential inflection point as courts grapple with when and how the Fourth Amendment should apply to the data generated by technologies like cell phones, smart cars, and wearable devices. These technologies — which we rely on for enhanced communication, transportation, and entertainment — create detailed records about our private lives, potentially revealing not only where we have been but also our political viewpoints, consumer preferences, people with whom we have interacted, and more. The resulting trove of information is immensely valuable to law enforcement for use in investigations and prosecutions, and much of it is currently available without a warrant.

This paper describes how the U.S. Supreme Court’s 2018 decision in Carpenter v. United States has the potential to usher in a new era of Fourth Amendment law. In Carpenter, the Court considered how the Fourth Amendment applies to location data generated when cell phones connect to nearby cell towers.  footnote1_w5leu1f1 The Court ultimately held that when the government demanded seven days of location information from defendant Timothy Carpenter’s cell phone provider without a warrant, it violated the Fourth Amendment. The decision sits at the intersection of two lines of cases: those that examine location tracking technologies, like beepers or the Global Positioning System (GPS), and those that discuss what expectation of privacy is reasonable for information disclosed to third parties, like banks or phone companies. In reaching its conclusion that a warrant was required, the Court upended existing precedent, ruling for the first time that location information maintained by a third party was protected by the Fourth Amendment.

In exploring the Court’s decision in Carpenter and its application to data from a variety of technologies — such as GPS, automated license plate readers (ALPRs), and wearables — this paper argues that it is incumbent on courts to preserve the balance of power between the people and the government as enshrined in the Fourth Amendment, which was intended to “place obstacles in the way of a too permeating police surveillance.”  footnote2_3ege58i2 Moreover, in determining the scope of the Constitution’s protections for data generated by digital technologies, courts should weigh the five factors considered in Carpenter: the intimacy and comprehensiveness of the data, the expense of obtaining it, the retrospective window that it offers to law enforcement, and whether it was truly shared voluntarily with a third party. Section I is an overview of Fourth Amendment jurisprudence. Section II discusses the Carpenter decision and its takeaways. Section III applies Carpenter to various surveillance technologies and looks ahead at how Fourth Amendment jurisprudence might continue to develop in the digital age.

The Fourth Amendment in the... by The Brennan Center for Justice

Laura Hecht-Felella is the George A. Katz Fellow with the Brennan Center’s Liberty and National Security Program. She focuses on issues related to civil rights and technology, as well as content moderation and online speech.

Prior to joining the Brennan Center, Laura was an attorney at Brooklyn Legal Services, where she represented low-income New Yorkers in litigation seeking to prevent displacement and preserve affordable housing. Previously, she worked on reproductive justice issues at National Advocates for Pregnant Women. She is a graduate of New York University School of Law and the Macaulay Honors College of the City University of New York.

Defend Our Democracy. Donate to The Brennan Center for Justice.
We fight to make elections fair, end mass incarceration, and preserve our liberties — in Congress, the states, the courts, and the court of public opinion. Join us in building an America that is democratic, just, and free.